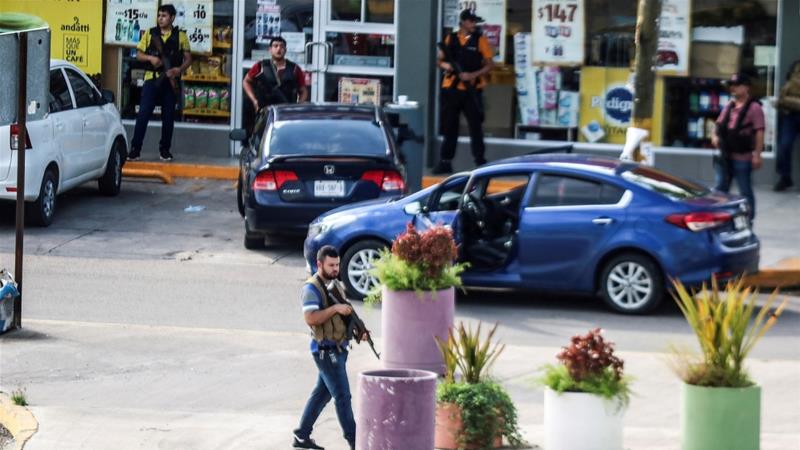 US President Donald Trump has announced that the United States wants to designate Mexican drug cartels as terrorist groups for their role in trafficking narcotics and people, prompting a speedy request for talks by Mexico.

“They will be designated … I have been working on that for the last 90 days. You know, designation is not that easy, you have to go through a process, and we are well into that process,” Trump said in an interview  with former Fox News host Bill O’Reilly that aired on Tuesday.

Soon afterwards, Mexico’s Foreign Ministry issued a statement saying it would quickly seek a high-level meeting with US State Department officials to address the legal designation, as well as the flow of arms and money from the US to organised crime in Mexico.

“The foreign minister will establish contact with his counterpart, Michael R. Pompeo, in order to discuss this very important issue for the bilateral agenda,” the ministry said.

Once a particular group is designated as a terrorist organisation, it is illegal under US law for people in the United States to knowingly offer support.

Its members are also denied entry to the country, while financial institutions that become aware they have funds connected to the group must block the money and alert the Treasury Department.

Flow of guns from the US

Reacting to the comments from Trump, Mexican Foreign Minister Marcelo Ebrard said in a tweet that Mexico would never tolerate any move that would violate its national sovereignty.

“We will be firm,” Ebrard added.

Earlier this month, Trump offered in a tweet to help Mexico “wage WAR on the drug cartels and wipe them off the face of the earth” in the aftermath of the bloodiest attack on US citizens in Mexico in years.

Three women and six children of dual US-Mexican nationality were killed in an ambush in northern Mexico. Mexican authorities said they may have been victims of mistaken identity amid confrontations between drug gangs in the area.

Alex LeBaron, a former Mexican congressman and relative of some of the victims, rejected the idea of a US “invasion.”

“We have already been invaded by terrorist cartels,” he wrote on Twitter. “We demand real coordination between both countries … both countries are responsible for the rising trade in drugs, weapons and money.”

The LeBaron extended family has often been in conflict with drug traffickers in Chihuahua and victims’ relatives said the killers must have known who they were targeting.

Mexico has long been besieged by deadly violence with drug cartels and criminal gangs fighting for control of territories.