The US President shared the fake photograph, where his head has been photoshopped onto the physique of a topless muscly boxer, to his 67.1million Twitter followers on Wednesday afternoon.  But social media users have mocked President Trump for posting the image, with one person writing “you WISH!”  Others shared their own photoshop efforts of the US President, sticking his face on the bodies of men with obese body shapes.

The tweet, which was not given a caption, has been liked by over 100,000 people and hundreds have mocked the President for sharing the photoshopped image, which is believed to be the body of infamous boxer Rocky Balboa.

One person wrote: “Better add a couple of C-cups to make the picture more accurate.”

Another user said: “The man has lost his mind.”

A third said: “Is it just me or did this Trump Rocky photo make anyone else throw up in their mouth a little?” 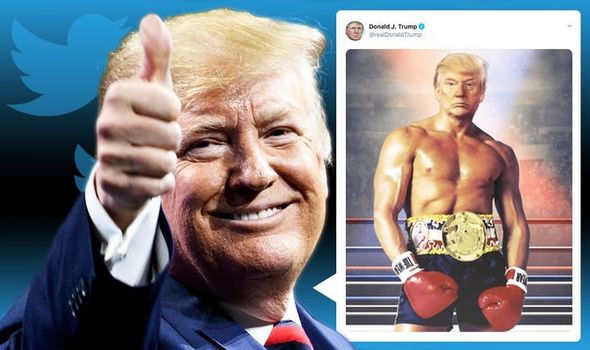 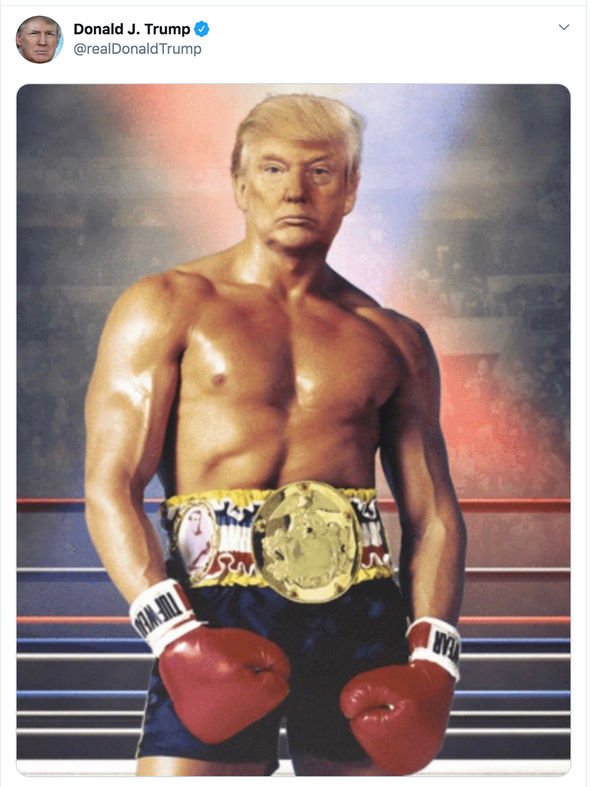 Another user wrote: “Well, you’ve definitely got the brain damage of a boxer, Sideshow Blob, but your body definitely bears a far stronger resemblance to the Stay-Puft Marshmallow Man these days.”

Others shared actual photographs of the President, to correct Mr Trump over the fake image.

But some users praised President Trump for sharing the image, with one person writing: “This is your best tweet yet.” 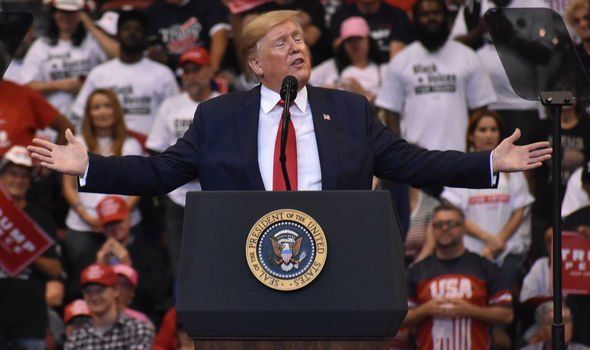 They wrote: “You’re competing with yourself over tweet of the year… this is at the top.”

A third wrote: “BEST PRESIDENT EVER!”