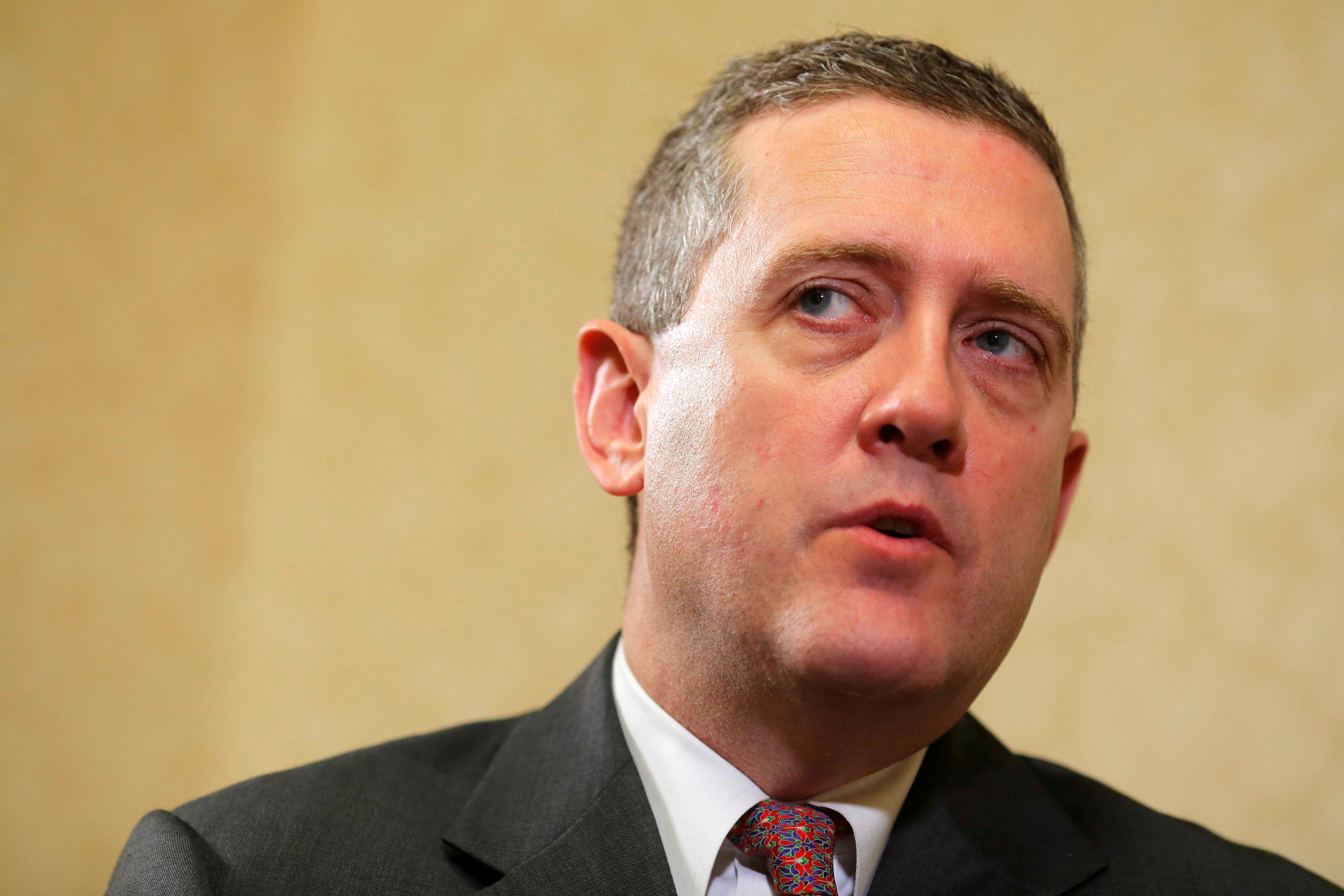 Bullard said in an interview with CNBC that Fed officials are used to dealing with political uncertainty as a backdrop to policy deliberations. “This doesn’t sound all that different to me,” he said.

Bullard, who dissented on the Fed’s rate reduction last week because he favored a deeper cut, also reiterated his view that the Fed’s target rate should be reduced by an additional quarter of a percentage point by the end of this year.

“We’ve made a big move,” he said. “I think we could do a little bit more.” Still he said he doesn’t want to make a judgment before the next meeting and that his decision will depend on economic data.

In response to a question about Boston Fed President Eric Rosengren’s view that low rates could encourage people and businesses to take excessive risk, Bullard said the risks seen today are not on the same magnitude as the risks encountered in the late 1990s and mid 2000s.

Bullard called the trade war with China the “biggest issue” in the economy. He said the dispute became more “pernicious” than expected and added it could be “a while” before agreements are reached.

“I think the Chinese might have incentive to wait out this administration,” he said.