A SUPPORTER of President Donald Trump has been fired for refusing to take off his Trump 2020 hat during a work meeting, according to a report.

Dave Sunderland, 55, said he was fired from the Newport News Shipbuilding in Virginia last week for not removing the red “Make American Great Again” cap. 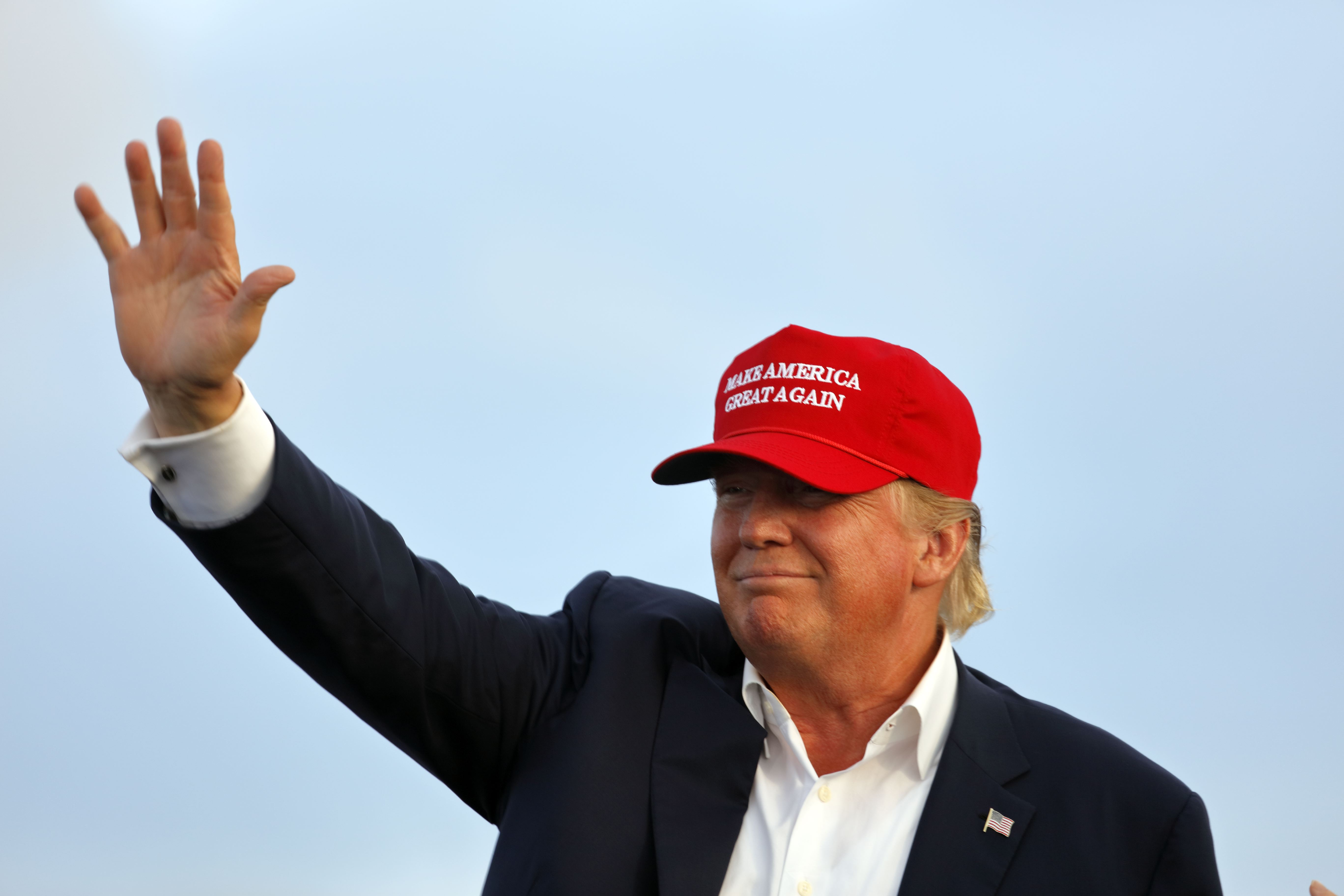 Sunderland told the Daily Press that human sources told him he violated a company policy that forbids “campaigning” on the job, but he insists he wasn’t doing so.

“I wasn’t campaigning,” Sunderland told the news outlet. “I wore a ball cap. I wasn’t passing out bumper stickers. I wasn’t asking people to vote.

“I wasn’t doing anything, except for wearing a ball cap going to work.”

Duane Bourne, a spokesperson for the shipbuilding, that employees in the shipyard are encouraged to take part in the political process outside of work.

He wrote in an email: “However, as we have previously communicated to our employees, we do not allow political campaign or partisan political activities on company property, such as wearing attire with messages that include a campaign slogan.”

Bourne added that “political messages, debates, and commentaries on candidates and related issues should not take place on company time and interfere with normal business operations.” 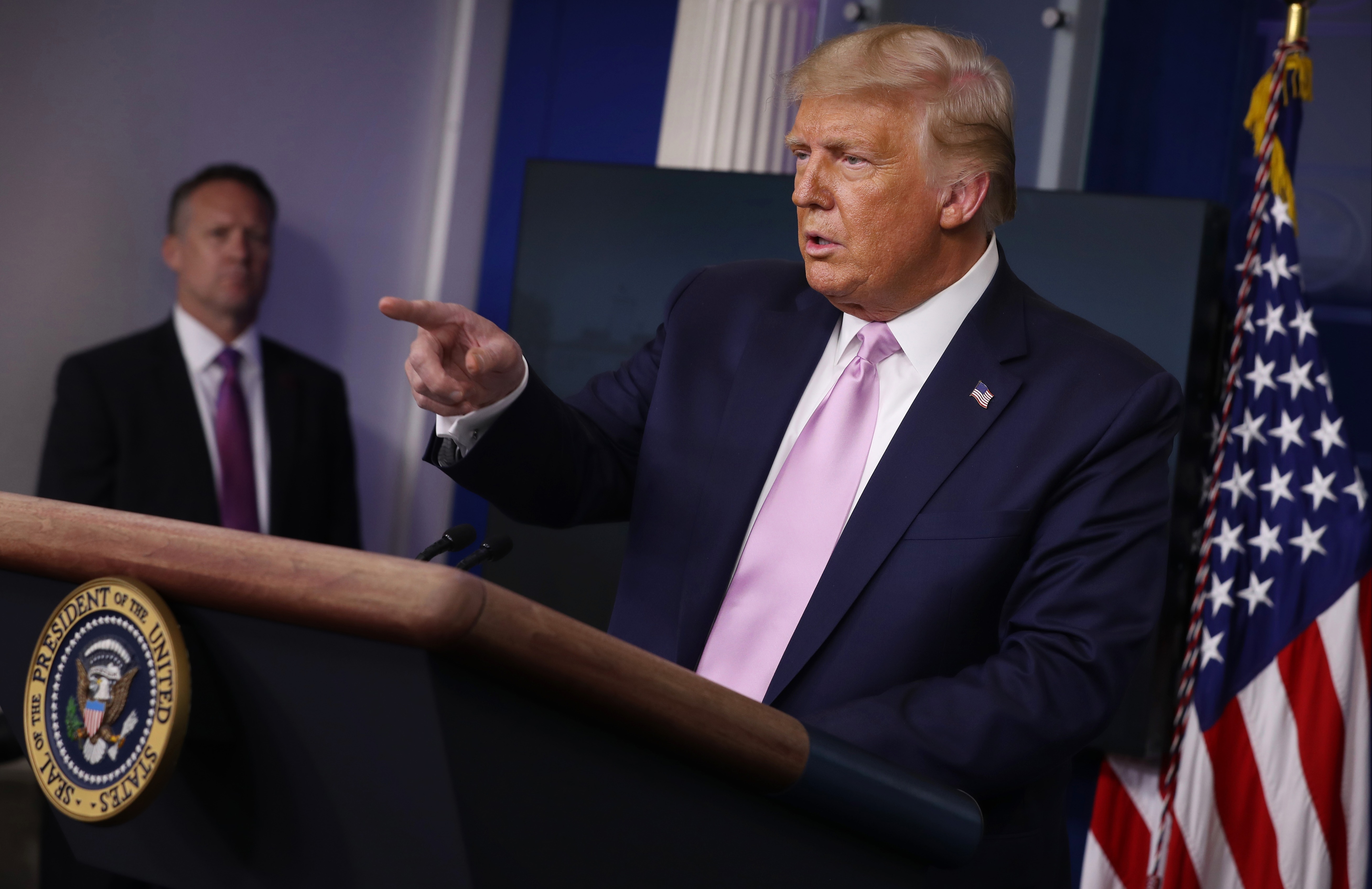 The spokesperson said such policies have been in place since 2005, and employees are told this specific information during their orientation and at training.

Per the Daily Press, the shipyard sent out a memo to employees on Tuesday, reiterating that they are not allowed to use company time and resources on anything partisan.

That includes “campaigning, collecting contributions, or ‘distributing or posting any printed or written materials, signs, stickers, and banners.’”

Sunderland claimed that when he began working at the shipyard in Newport News in 2012, after moving from Ohio, he saw a lot of workers wearing Barack Obama shirts. 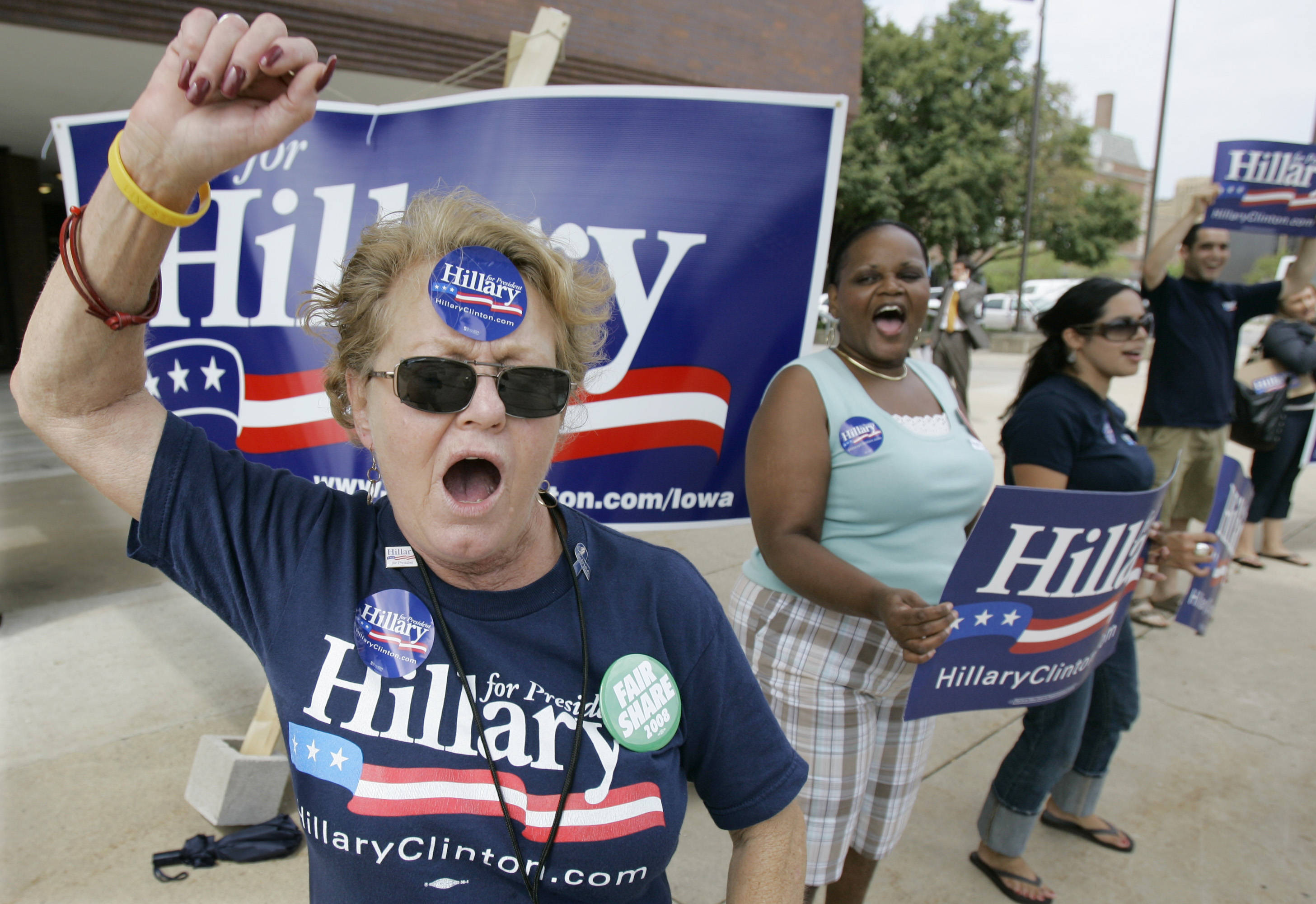 At the time, the former president was up for re-election.

Sunderland claimed that again in 2016, he saw many workers wearing shirts that showed support for Hillary Clinton.

He added: “There’s Black Lives Matter masks that people are wearing, and nobody’s saying anything about that.”

“I don’t have a problem with anything anybody wears,” Sunderland told the newspaper. 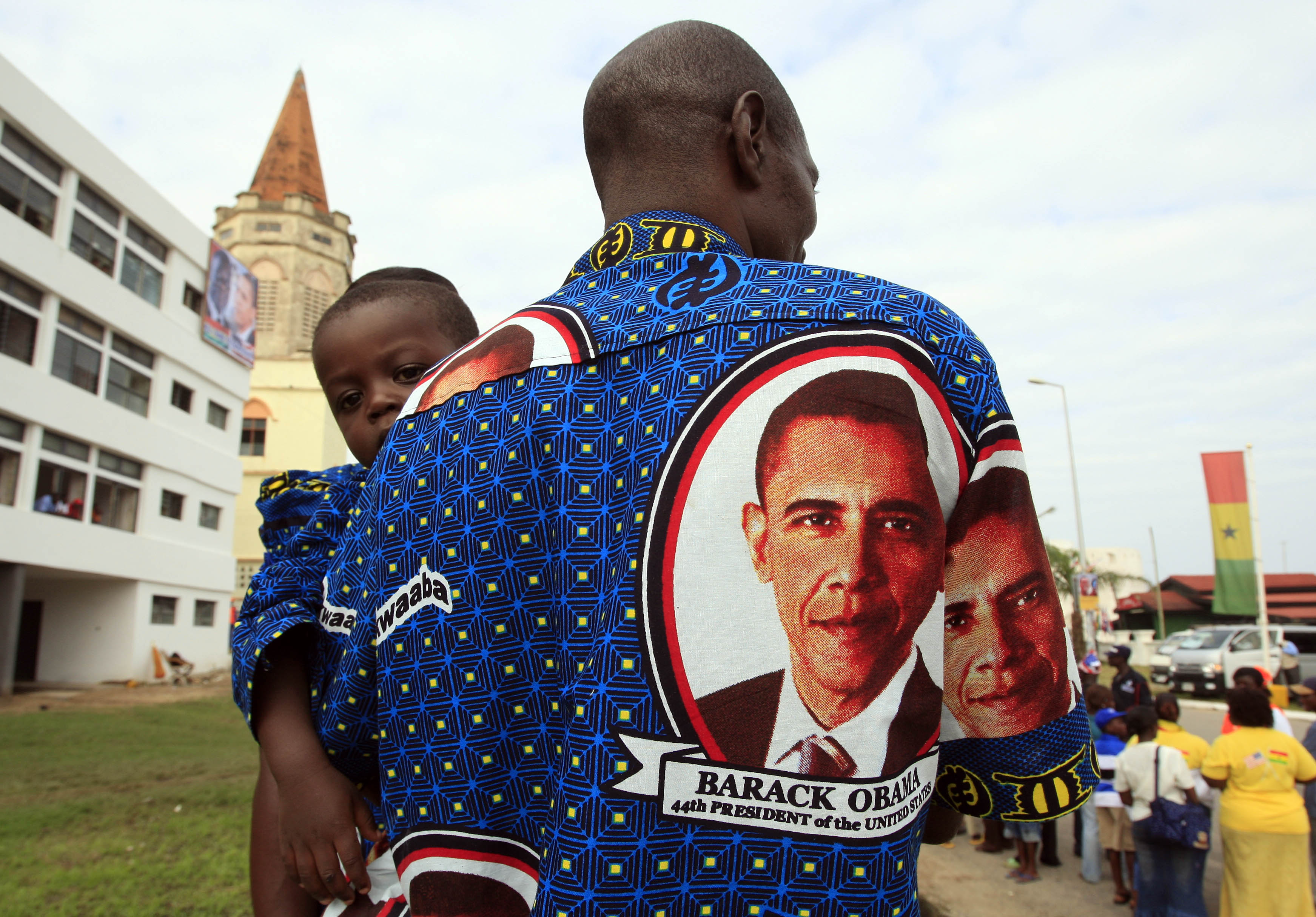 “That’s their First Amendment right to express themselves, you know, freedom of expression. That’s their right.

“But when I wore something, they came down on me … They take away my freedom of expression, but they don’t for other folks,” he said.

Sunderland said he worked as a pipe-fitter in the shipyard’s nuclear section, as the company makes nuclear-powered aircraft carriers and nuclear submarines.

He said he’s been wearing Trump hats for years until last Tuesday, when he was on his way to the meeting and a supervisor saw him in the hat. 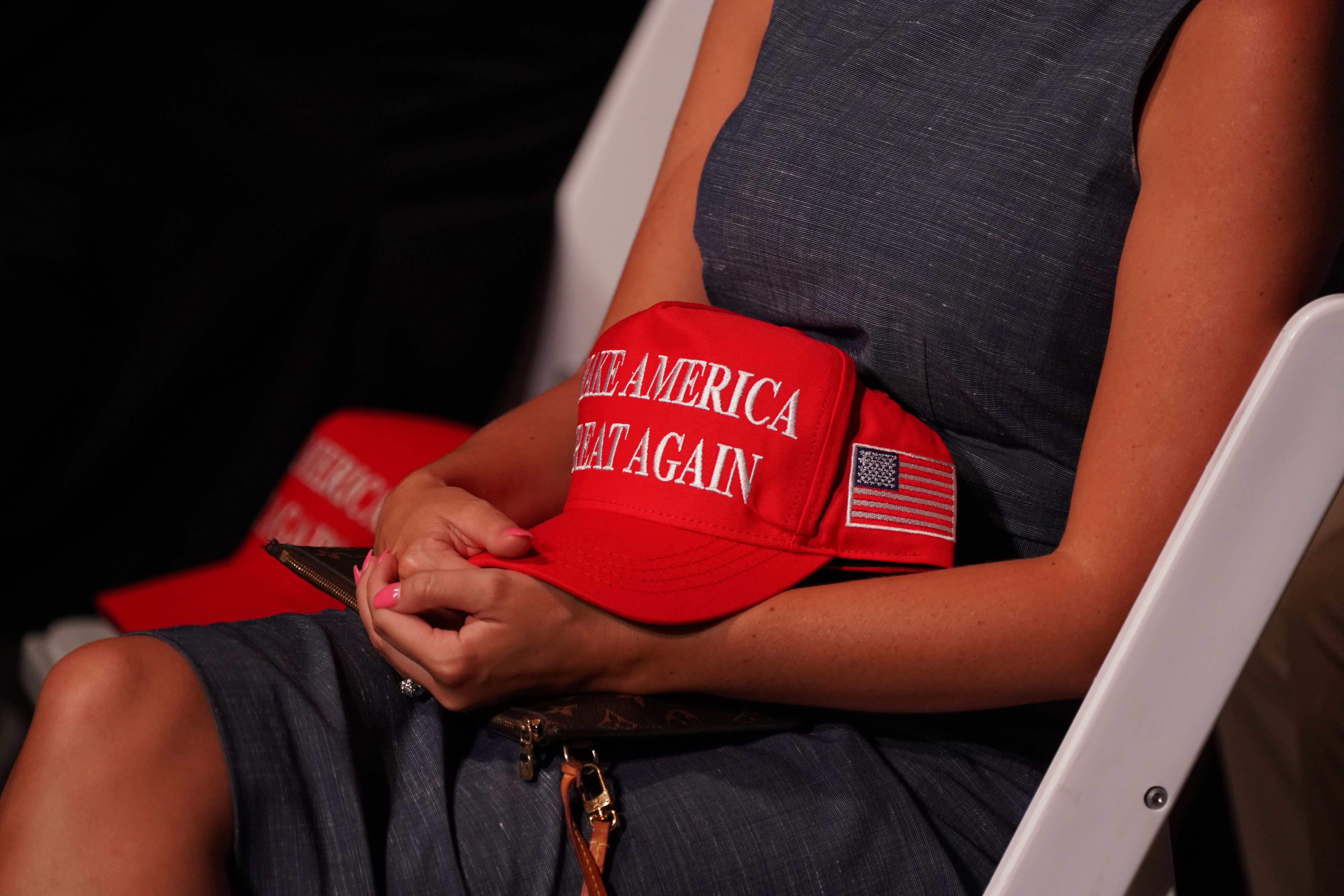 “He said, ‘You can’t wear that,’” the former employee said. “And I said, ’I’ve been wearing it for four years.”

After he kept the hat on, he was given a “direct order to remove his Trump 2020 hat.”

He was told “that it was against company policy to wear political gear. He told me he was not going to take off the hat.”

Sunderland was initially suspended for three days before being fired for “refusing to follow a supervisor’s instructions.”

He said he doesn’t regret not taking his hat off at work.

“This is the United States of America, and we have those rights, and I can find another job,” he told the Daily Press.

“Why should they take away my rights? I’m patriotic. I love this country," he added. "It’s a damn good place to be.”