A trail of destruction was left after one of the fastest cars on British roads crashed into the front room of a family home today.

The £53,000 Audi RS3 hatchback, which can reach speeds of 184mph, ended up wrecked in a pile of rubble after damaging two houses in Leeds.

The driver is said to have lost control on a bend in the icy conditions, bounced off a green 4×4, and skidded across three gardens.

It struck one house and then went through the bay window of the property next door. 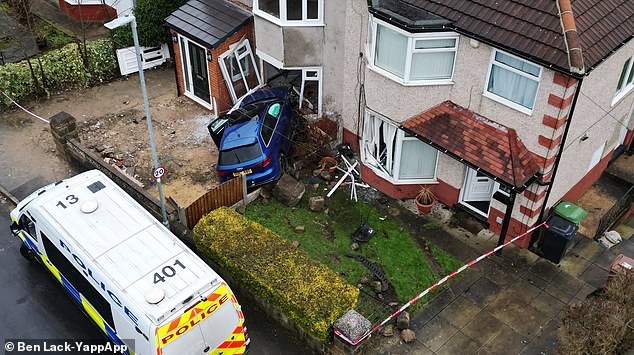 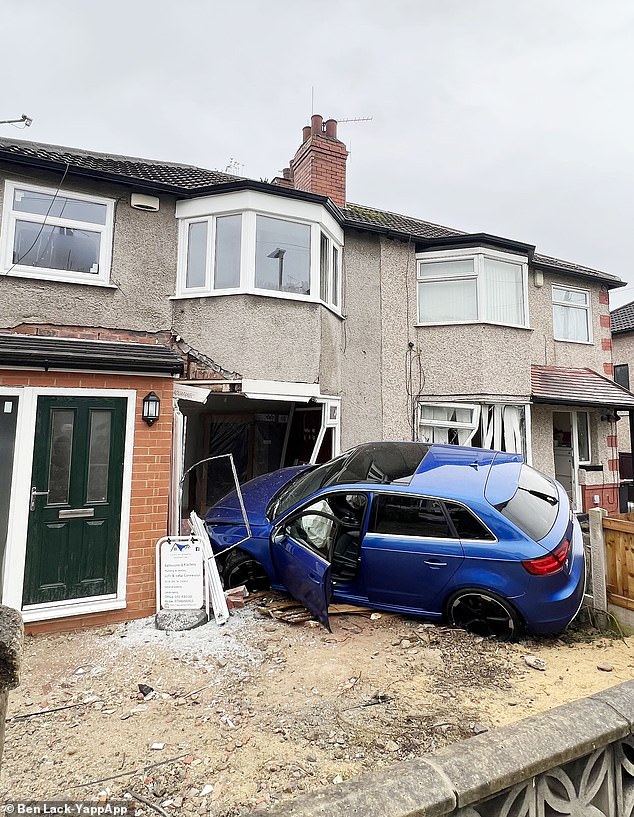 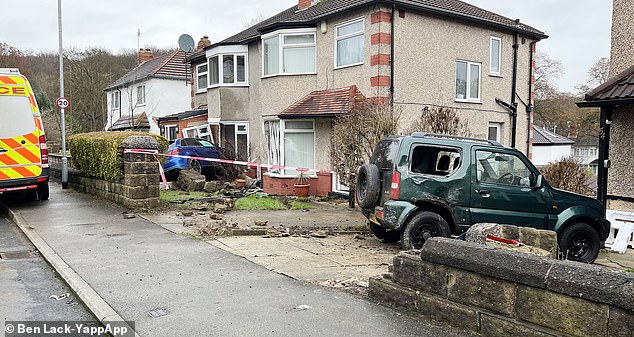 Eye witnesses said ‘the whole house shook’ as the runaway Audi finally came to rest in a cloud of dust and debris.

Surprisingly, no one was hurt in the carnage at Roundhay Grove, Leeds, West Yorkshire, at 9.30am.

Residents in the street had been calling for speed humps to be installed in road after a spate of anti-social driving.

Fire fighters and police raced to the scene which has been cordoned off for a painstaking forensic examination. 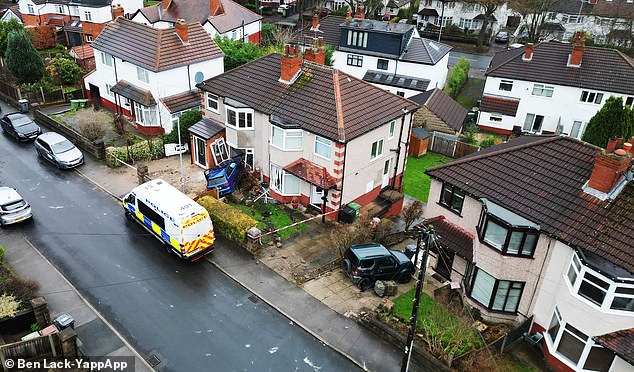 No one was hurt in the carnage at Roundhay Grove, Leeds, West Yorkshire, at 9.30am 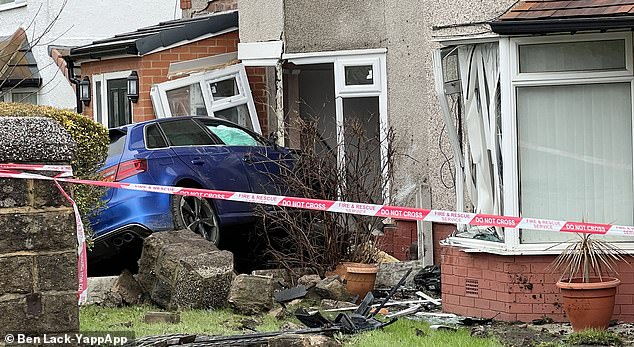 The Audi RS3 is advertised as one of the most powerful cars on the road and can do 0-62mph in 3.8 seconds

One person who was there said: ‘It happened at 9:30 am this morning. Police have said it was an accident and the car slipped on the bend crashing into the houses.

‘The fire engine that came to assist almost did the same. One house has just been renovated, nobody was home.

The Audi RS3 is advertised as one of the fastest and most powerful cars on the road and can do 0-62mph in 3.8 seconds.