An Uzbek tourist fell 50ft to his death from  a waterfall in Thailand after he ignored warning signs and climbed it in order to take selfies, police have said.

Soipov Abdullokh, 22, who had been stranded in Thailand due to Covid, plunged to his death in Ngao Waterfall National Park, southern Thailand, on Saturday.

Police say Abdullokh and six Russian backpackers – four men and two women – had rented motorbikes in Phuket and driven 230 miles to the park to view the scenery. 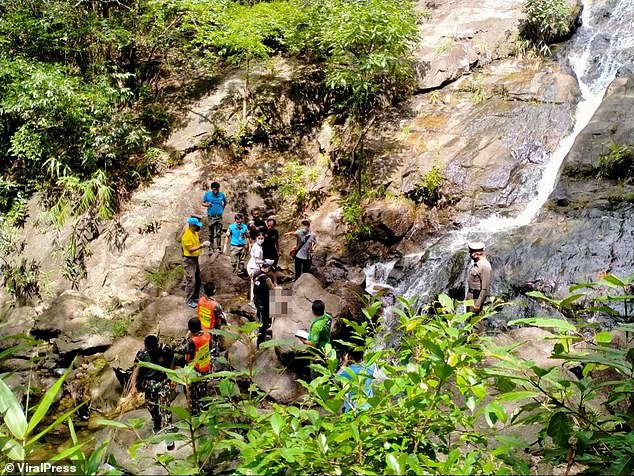 Soipov Abdullokh, 22, from Uzbekistan, fell 50ft to his death from a waterfall in Thailand after ignoring warning signs and climbing it in order to take a selfie

Arriving early on Saturday, the group had hiked down a trail to view the 1,000ft waterfall which gives the park its name.

Abdullokh then left the trail and ignored warning signs in order to climb the falls and take pictures, investigators said.

His friends then watched in horror as he slipped and fell around 50ft to his death, landing on sharp rocks below.

It took emergency services around two hours to reach the remote spot, where they found Abdullokh bleeding heavily from the head and nose.

Chalit Sinrojthanakorn, head government officer for the national park, said: ‘The deceased walked off the path set out by authorities to climb the waterfall. 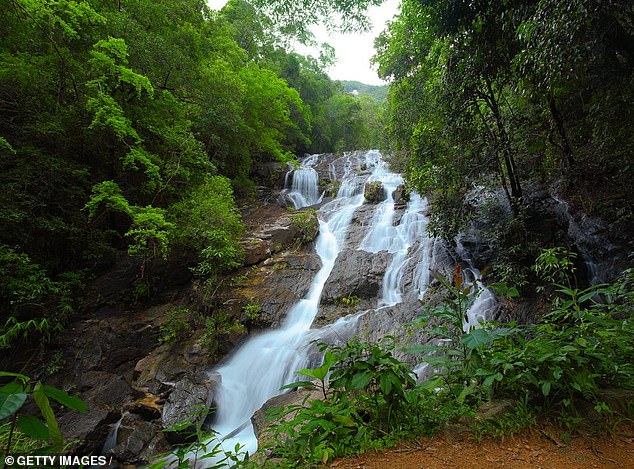 ‘He then slipped on a rock and fell.

‘His body crashed against the rocks below and he was bleeding through the mouth and nose. The death was very quick.’

The park ranger said that Soipov had ‘violated’ a ban on climbing the waterfall because he ‘wanted to take pictures’.

Police said the tourist’s body has been sent to hospital to confirm the cause of death and the Embassy of Uzbekistan has been informed.