The Tory donor at the centre of a ‘cash for favours’ row should not get special treatment in his bid to run the National Lottery, Labour will tell gambling watchdogs.

Richard Desmond is expected to challenge Camelot for the operating licence when the franchise renewal process begins in the autumn.

But the Government is facing questions over its closeness to the billionaire after Housing Secretary Robert Jenrick rushed through approval of a £1billion property development after sitting next to him at a Tory fundraising dinner.

Mr Desmond, who donated £12,000 to the party in January, two weeks after receiving planning permission, was also pictured with Boris Johnson at the event and attended a drinks party in No 10 last year.

Jo Stevens, Labour’s culture spokesman, will meet the Gambling Commission next month before it launches the process to award the next lottery licence. She will say a ‘fit and proper person’ must be found to take on such an ‘important and lucrative’ role. ‘There are serious questions to answer about the cosy relationship between Richard Desmond and the Government,’ she said. 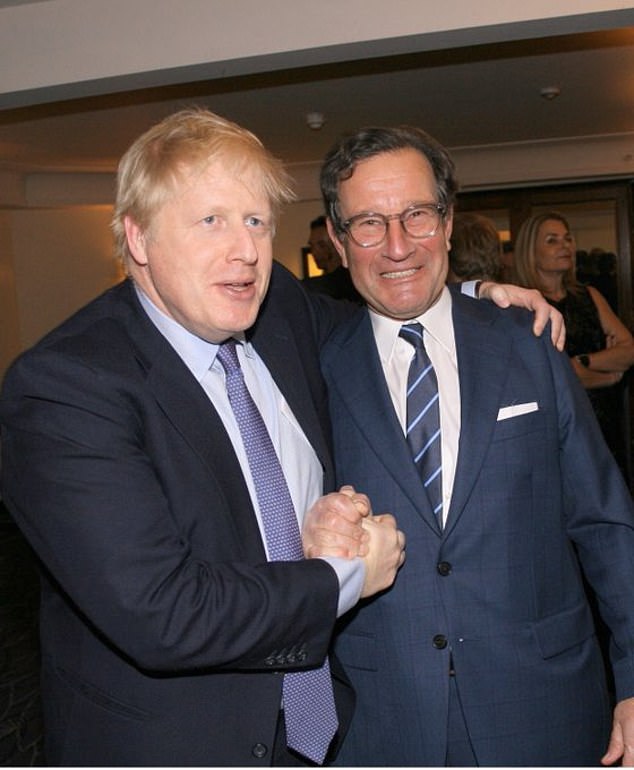 Handshake: Boris Johnson at the Savoy with Richard Desmond (right) who is expected to challenge Camelot for the operating licence when the franchise renewal process begins in the autumn

‘It is of real concern that Mr Desmond is bidding for the licence for the national lottery – one of the most profitable draws in the world. With 44,000 retail outlets across the country and between 15 and 45million tickets sold each draw, the responsibility involved in running it is huge.’

Camelot has run the National Lottery since its creation in 1994 and last year generated a record £7.9billion in ticket sales. Its licence is due to expire in 2023.

Mr Desmond, 68, has announced his intention to bid for the next licence and called for it to be returned to British hands.

Camelot was acquired for £389million by the Ontario Teachers’ Pension Plan in 2010.

Mr Desmond has run the rival Health Lottery since 2011 – a collection of 12 local society lotteries that raise funds for health-related good causes.

He says he sought to persuade Mr Johnson to change gambling rules so that he could raise the jackpot prize for his lottery to £1million. It is officially capped at £400,000.

Yesterday it was reported that he hired a PR firm co-owned by Ben Elliot, the co-chairman of the Conservative Party, to help lobby for the change.

Mr Desmond’s company Northern and Shell employed Hawthorn Advisors in January when Mr Elliot was a director of company. Hawthorn said it worked with Mr Desmond ‘for a brief period between January and March 2020 on the Health Lottery’s campaign to increase the jackpot’.

It said that Mr Elliot had no contact with clients and had stood down as a director in April, putting his shares in a trust to avoid a conflict of interest.

No 10 yesterday refused to answer questions about the extent of contacts between Mr Johnson and Mr Desmond.

In an interview with the Daily Mail last week, the billionaire played down their relationship, saying: ‘I’ve met the guy half a dozen times over ten years.’

Mr Jenrick has been under pressure to resign for approving Mr Desmond’s development at the former Westferry printing works in east London. 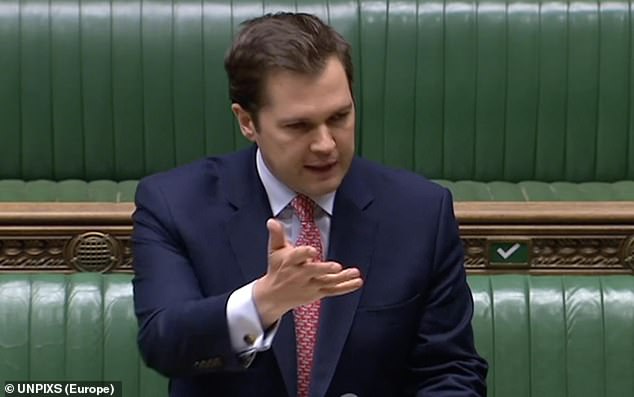 The decision, which was later quashed, came in time to save the billionaire from the threat of a £45million council levy.

In a text exchange with Mr Jenrick, the businessman said: ‘We don’t want to give Marxists loads of doe [sic]’.

A decade later he launched celebrity magazine OK! before buying the Daily Express and Daily Star in 2000 and Channel 5 in 2010.

Mr Desmond sold the broadcaster four years later and disposed of his newspaper and magazine titles in 2018.

He now focuses on his lottery and property developments.