A TINY gap-toothed child has been snapped smiling over the carcass of a bear he was allowed to shoot in the wild.

The pictures were shared on religion-based Instagram page ‘HIS Bounty’ which promotes kids’ hunting. 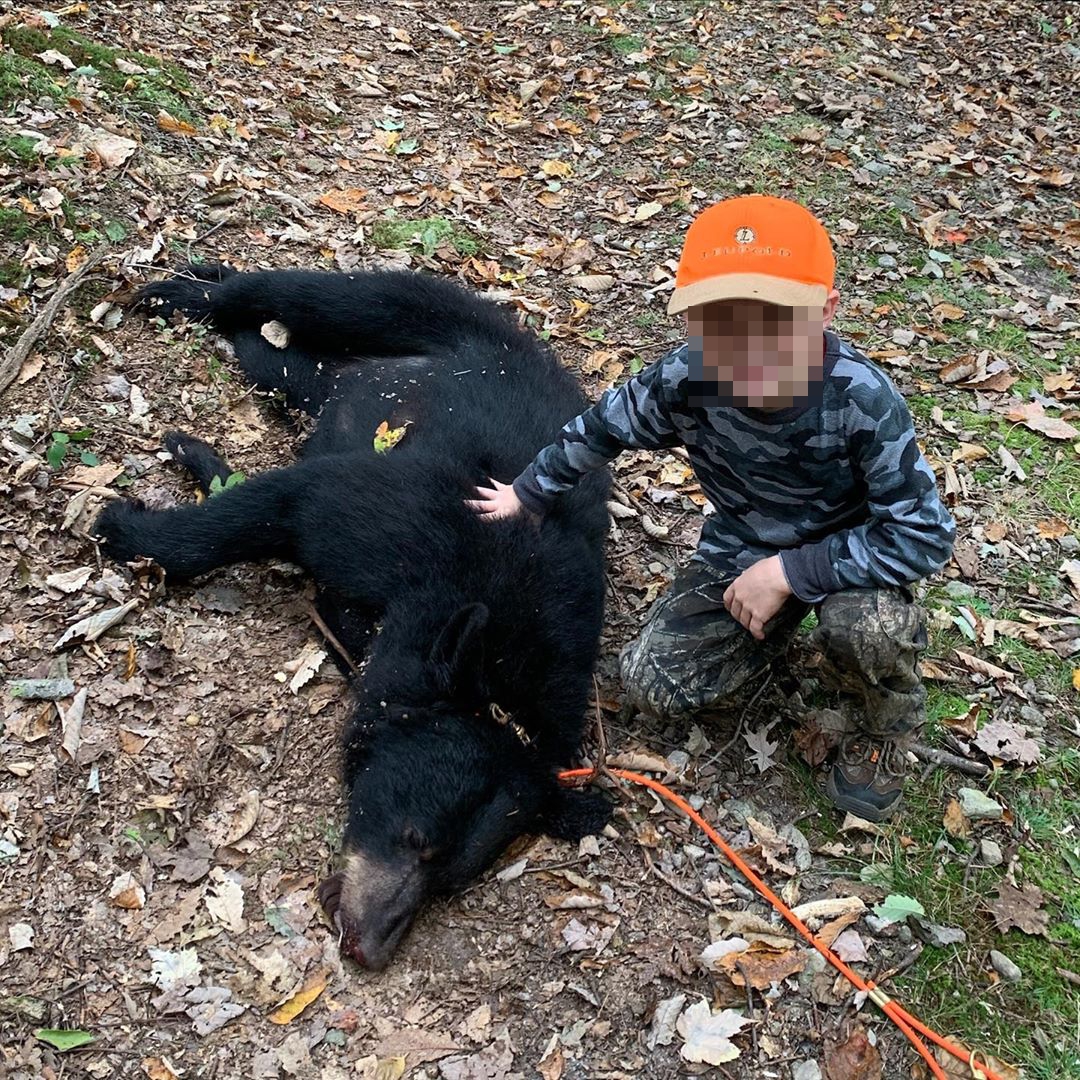 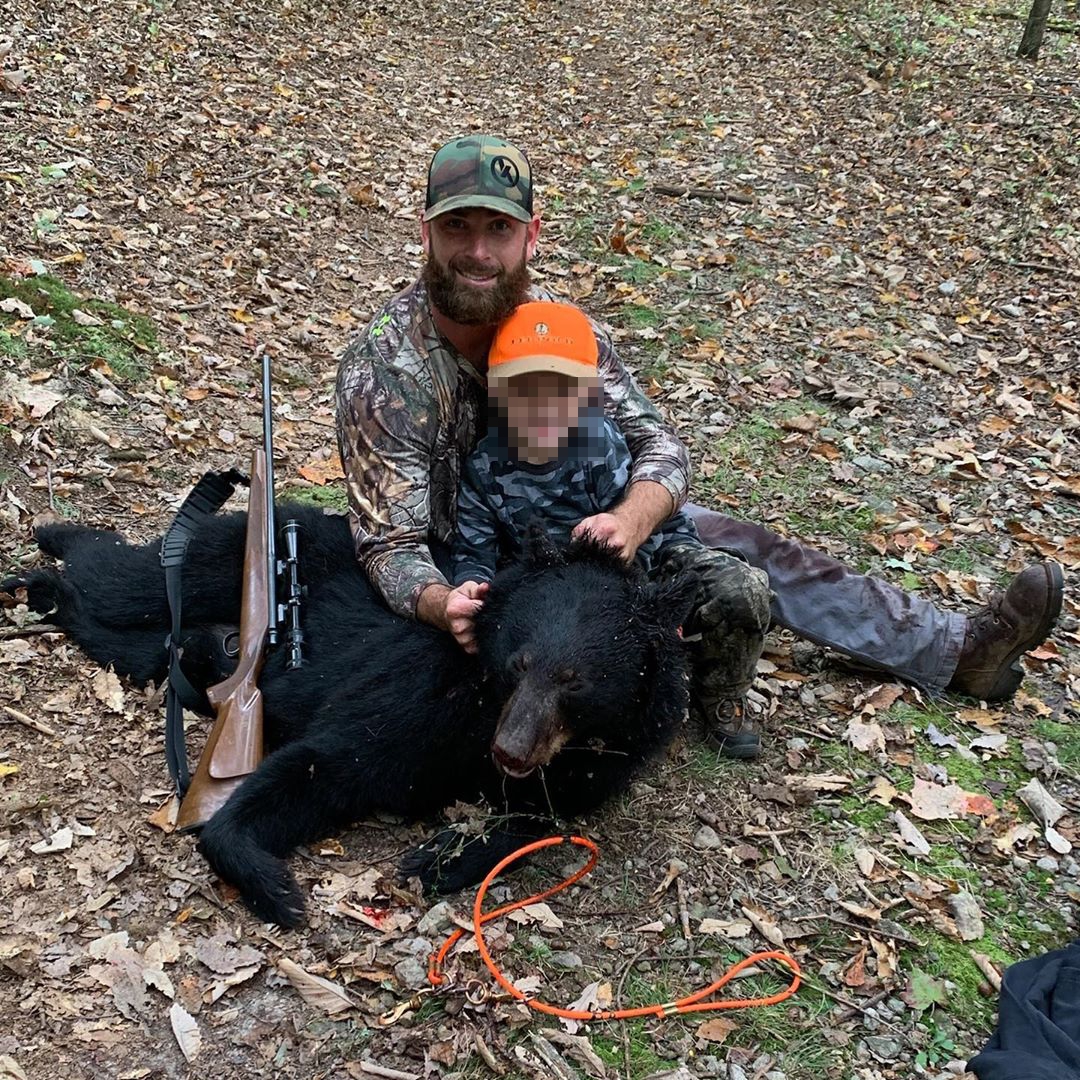 A caption even crowed the primary school-aged lad – who shot the animal with a rifle in the US – was “2 for 2 this year” on expeditions.

Followers were told: ‘Shout out to HIS Bounty’s buddy for his first Bear and Buck. Ol Kip is 2 for 2 this year on youth weekends.’

The page then applauded the youngster’s dad for “getting him out to enjoy the Good Lords Bounty.” 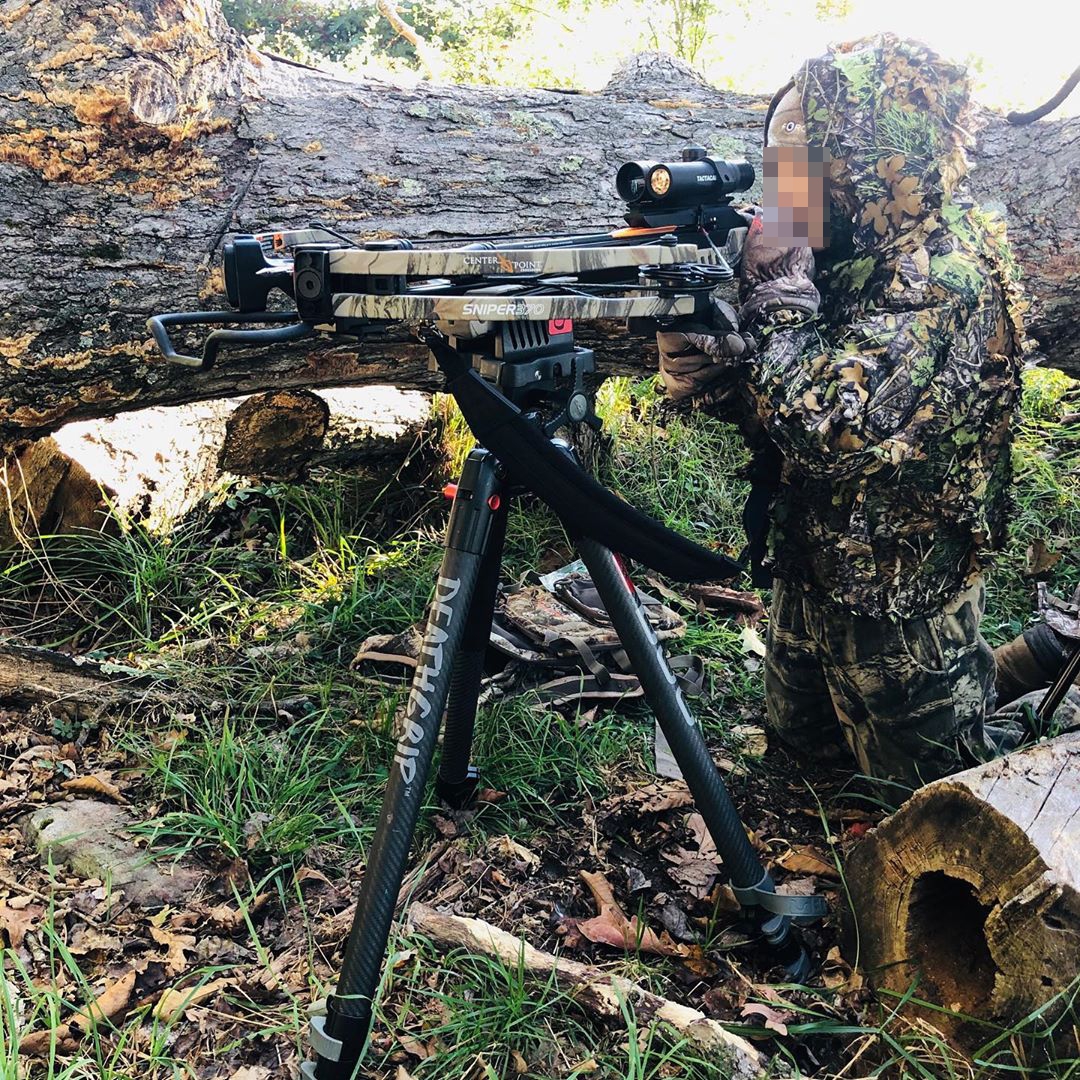 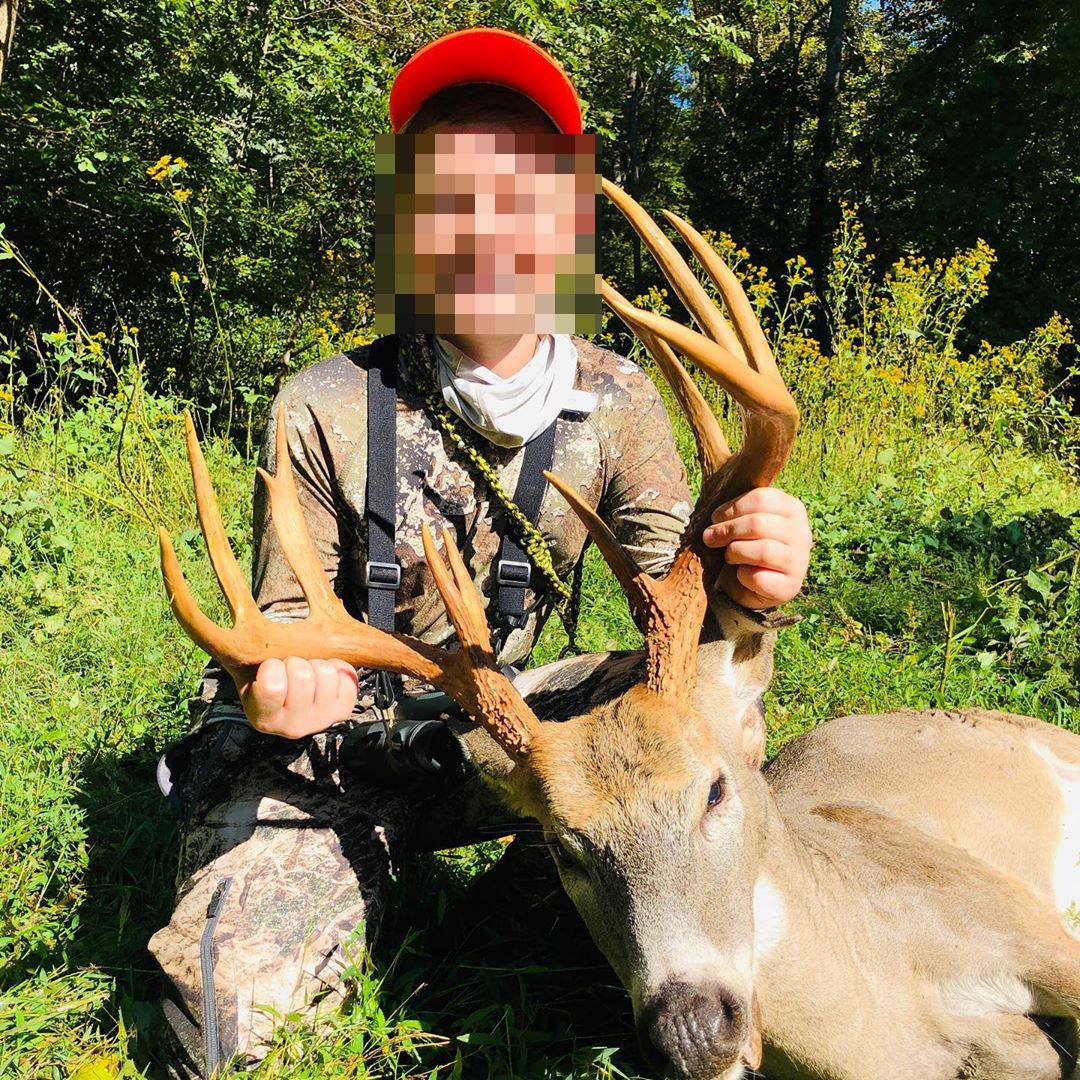 The site praises youngsters for bagging the animals – and pictures some so small they have to fire weapons like rifles and cross bows from stands.

They upload photos of children alongside a range of creatures taken down in the wild, including bears, wolves, deer and turkeys.

Pressure group Xpose Trophy Hunting commented  on another set of images showing a lad with a bear kill.

They wrote on Twitter: “This boy was congratulated on his 200lb bear, with his bow, at the start of the season, & told to go out kill more-to ‘please God’.”

The organisation added: “Please consider that he’s a minor when you comment. No threats or wishing him dead. Thanks.” 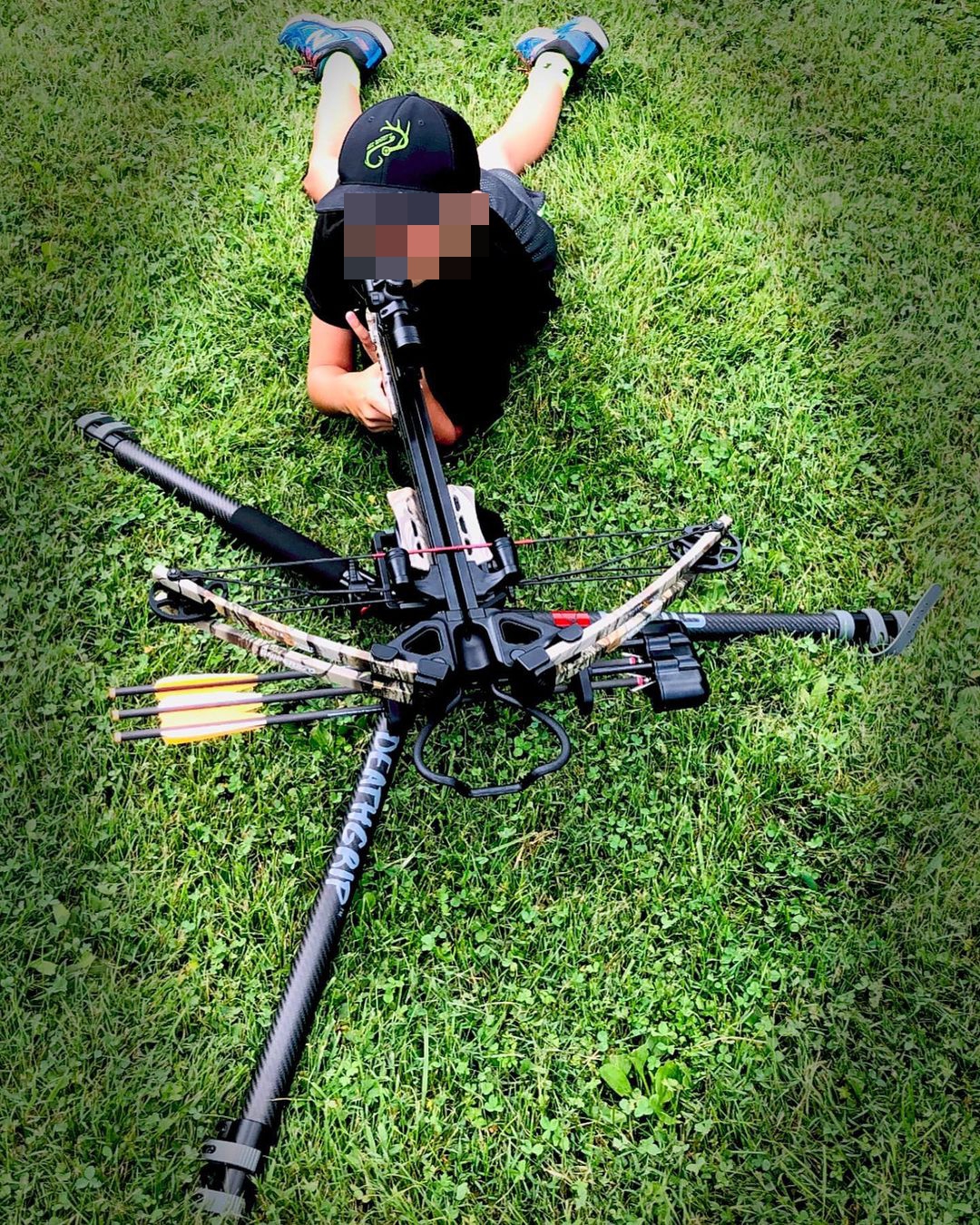 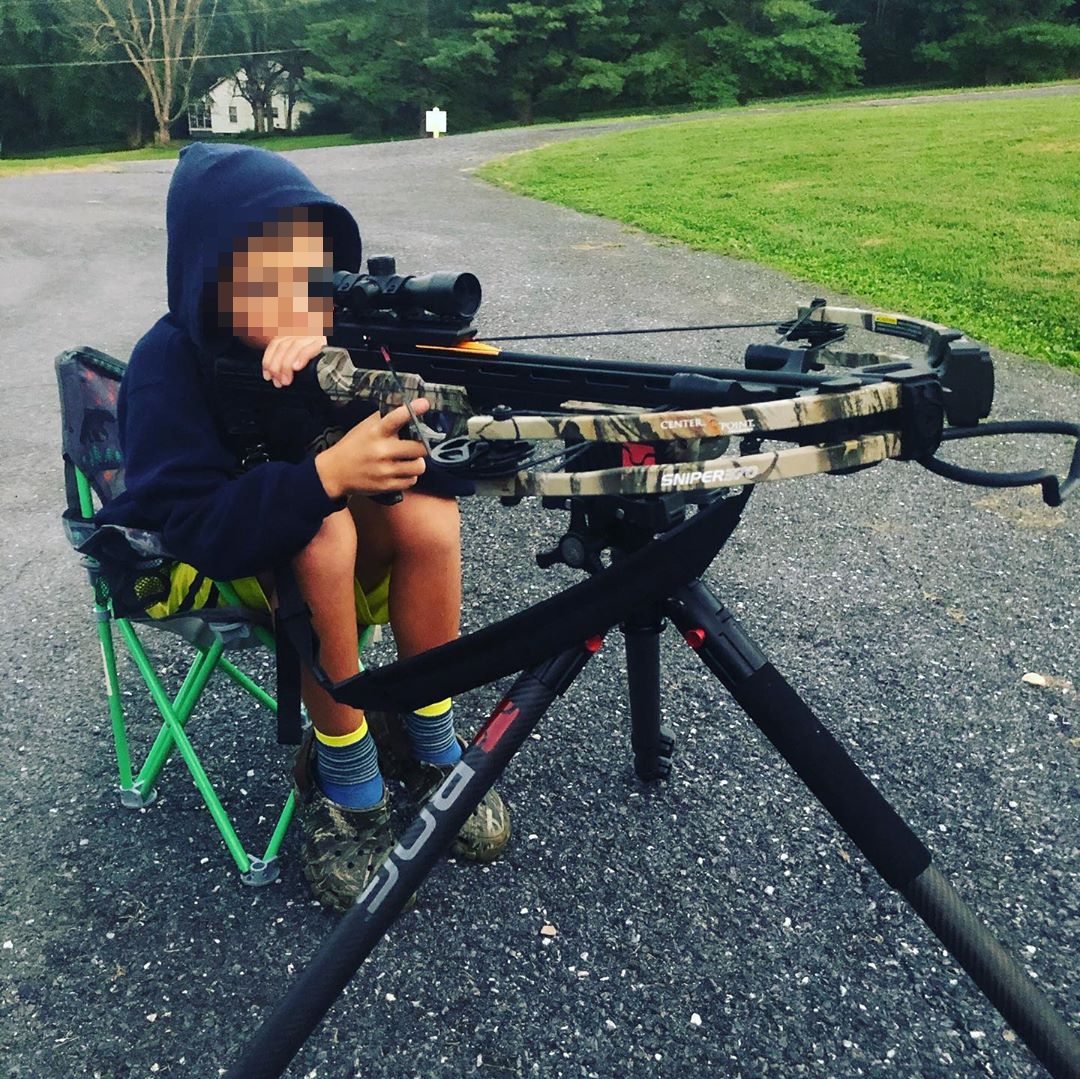 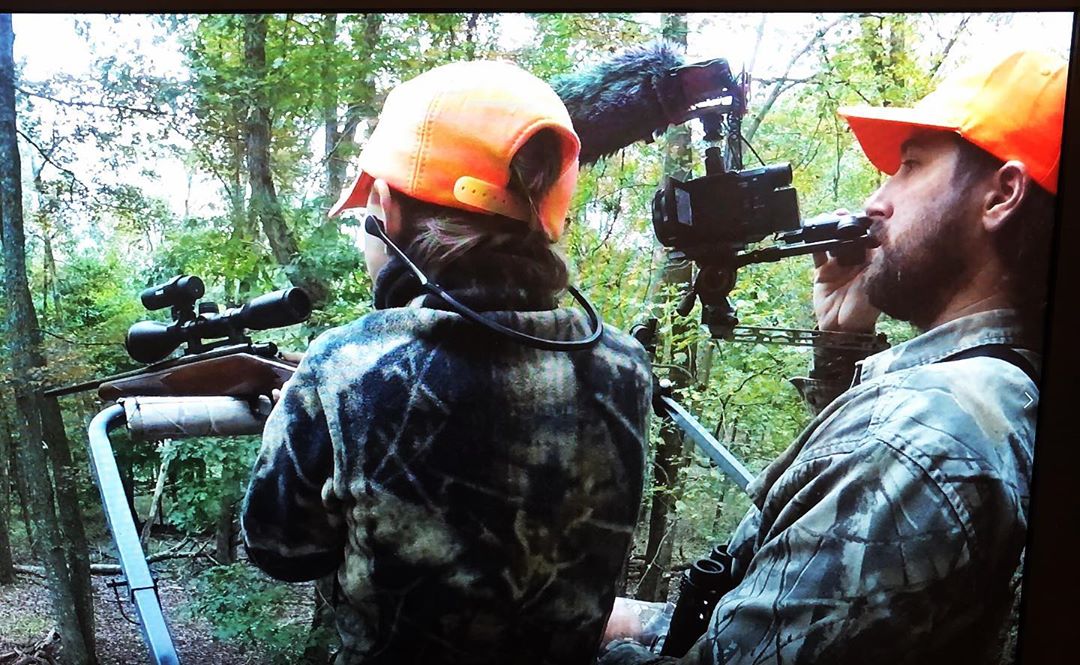 The photos have stirred controversy on social media, with one user writing: “This is appalling, having a young boy kill an animal & pretend to taunt it.”

“He killed a being that hadn’t begun to live, just a baby. If people want to believe a deity has agreed that this is right, we all know man has created that right, not any god.”

It is legal to hunt bears and mountain lions in many parts of the US with a permit.

The Colorado Parks and Wildlife website also even gives tips on how to take down “big game”.

Would-be hunters are told they must sit an exam before being allowed to hunt lions.

They are told: “You are required to complete the exam to purchase a mountain lion hunting license and hunt mountain lions in Colorado.”

“It is illegal to obtain a mountain lion license or hunt lions without a mountain lion education certificate issued by Colorado Parks and Wildlife (CPW), attesting to successful completion of CPW’s Mountain Lion Education and Identification Course.”

“Hunters must carry the certificate while hunting lions.”