Two male thugs who were reportedly dressed up as women chucked acid at a market trade’s face in East London this morning.

The victim, aged around 45, was thought to be setting up his stall at Walthamstow Market when supposed skirt-wearing attackers tapped him on the shoulder before hurling the suspected corrosive liquid from a plastic bottle.

Screaming, the man who is believed to be a popular father ran into a nearby shop with his face in his hands while desperately appealing for help. 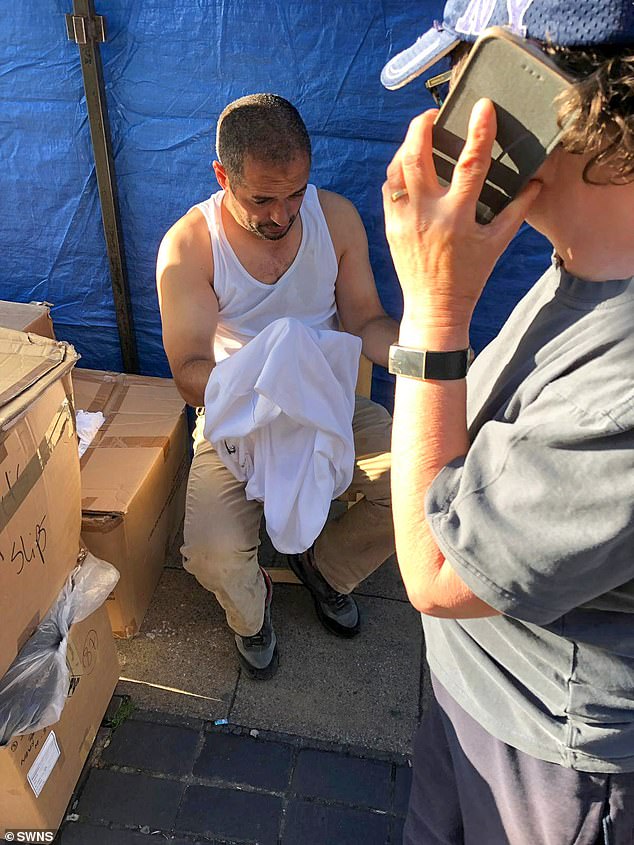 The victim (pictured), aged around 45, was thought to be setting up his stall at Walthamstow Market when supposed skirt-wearing attackers tapped him on the shoulder before hurling the corrosive liquid 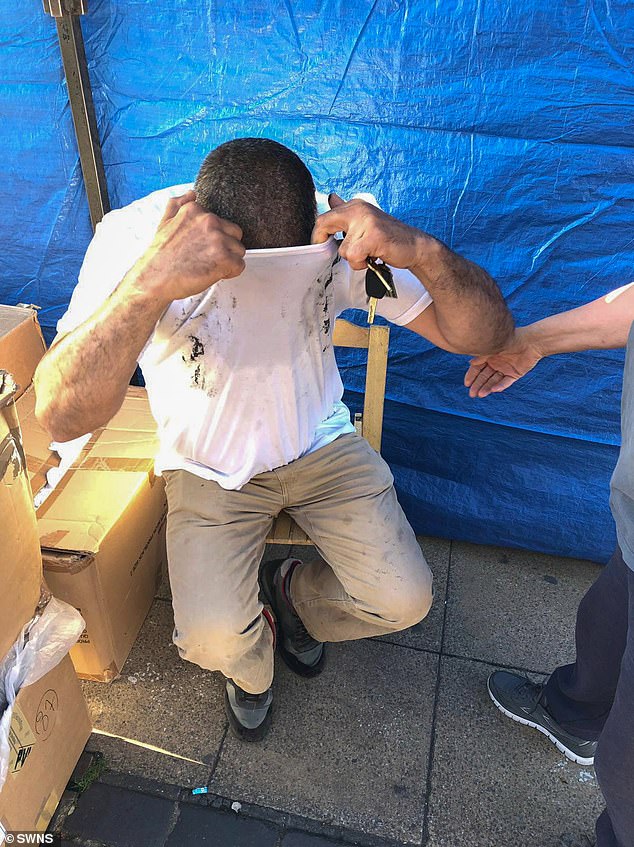 Photos show the unnamed trader, believed to be a popular father, with red streaming eyes and black holes in his t-shirt after a supposed corrosive substance was thrown at him by two men 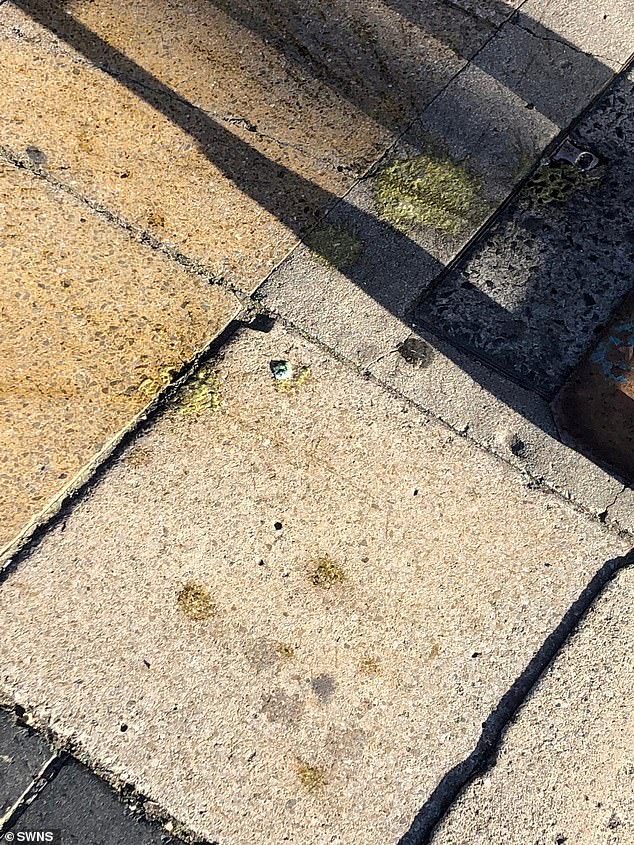 After he yelled that ‘someone has poured acid on my face’, staff rushed to his aid and doused his face with water and a customer called an ambulance.

Bystanders said the attackers ran off and escaped in a car parked nearby at around 6.40am.

A binman tidying the area before the morning rush also gave chase, an onlooker said.

Photos show the unnamed trader with red streaming eyes and black holes in his t-shirt, and yellowy green stains on the street which has now been cordoned off. 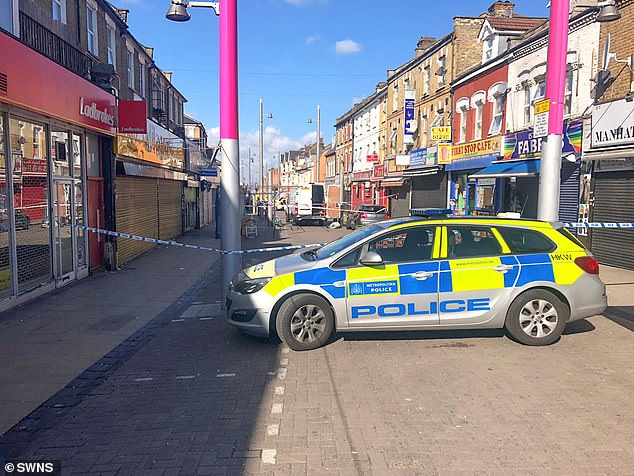 ‘You couldn’t miss them, they just looked strange. I thought they were coming back from a night out. That’s how they looked.

‘I saw them when they were running off. ‘They were playing with something in their hands.

‘They tapped the trader on the shoulder, threw it at him, and then next minute it was just noise and shouting.

‘He ran into the One Shop Cafe opposite. He Two other traders ran out trying to chase the men.

‘A cleaner or binman tried to chase them too. It was two men dressed up as women – like wearing tops and skirts. 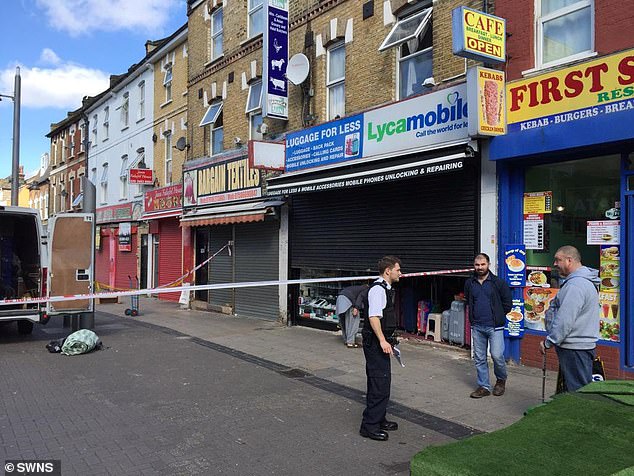 The attack happened at 6.40am on Walthamstow High Street which normally hosts several market stalls

‘They threw it on his face. It was in a plastic bottle.’

Locals said the man usually has a stall elsewhere on the market on a weekend, and the attackers went there first, before finding him at his weekday spot.

A London Ambulance Service spokesperson said: ‘We were called at 6:33am this morning (21 June) to reports of an incident on High Street, ‎Walthamstow.

‘We sent an ambulance crew and an incident response officer to the scene.

‘We treated a man at the scene and took him to hospital.’