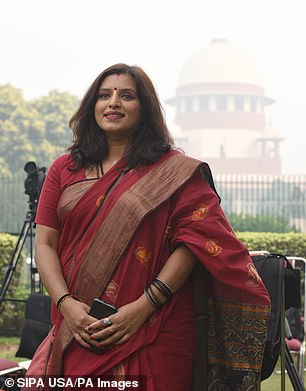 Shilpa Nair, one of the petitioners in the issue of entry of women into the Sabarimala temple after the Supreme Court’s verdict this week

Thousands of police have been deployed in southern India as a centuries-old temple at the center of an ongoing gender row prepares to open its doors for the pilgrimage season.

For centuries, women aged 10 to 50 were not allowed to enter the Sabarimala Temple in the state of Kerala but last year the Supreme Court overturned the ban.

But on Thursday due to opposition from religious conservatives the decision will be reviewed.

It is now unclear whether women will be allowed to enter the temple when it opens its doors today despite the Supreme Court saying on Thursday that the discriminatory ban was no longer in force.

Around 2,500 police were deployed on Saturday and more may be sent out if required, Lokanath Behera, the Director General of Police in Kerala, told CNN.

During the last pilgrimage season in January, violent protests erupted across the southern state when at least one person died and police used tear gas and water cannons to deal with the disruption.

Women who tried to enter the shrine were told to go back and in some cases they were assaulted. 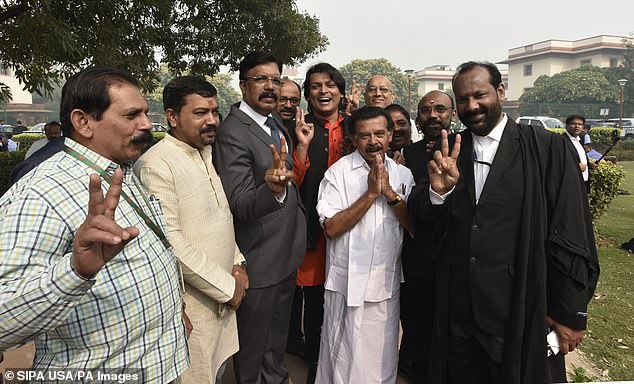 Rahul Easwar (centre), a right-wing Hindu activist who petitioned to overturn the September 2018 ruling, called Thursday’s decision a ‘step in the right direction’

On Thursday the Supreme Court ordered the government to ‘take steps to secure the confidence of the community in order to ensure the fulfillment of constitutional values.’

‘Organized acts of resistance to thwart the implementation of this judgment must be put down firmly,’ it added.

In September 2018, the ban was reviewed by a five judges but it will now be sent to a seven-judge bench for consideration. 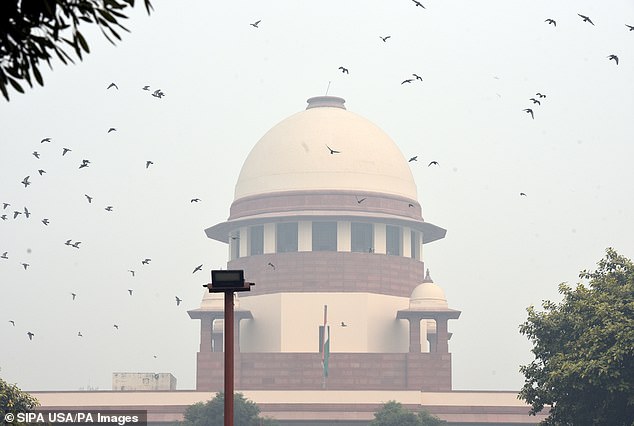 For centuries, women aged 10 to 50 were not allowed to enter the Sabarimala Temple in the state of Kerala but last year the Supreme Court (pictured) overturned the ban

Women in India have been intensifying campaigns in recent years to be allowed to enter Hindu temples and other religious sites.

The temple has traditionally barred all women of menstruating age, between 10 and 50.

The Sabarimala shrine, thought to be more than 800 years old, is considered the spiritual home of Lord Ayyappa, a Hindu god of growth.

Supporters of the ban on women of menstrual age entering argue that because Ayyappa is considered celibate, allowing ‘impure’ women into the temple is disrespectful.