MATT Hancock has today refused to rule out another national lockdown in England as he admitted he was "incredibly worried" about the second new South African strain of the virus.

The Health Secretary said earlier that nothing was off the table as the Government mull new measures to try and crack down on the case numbers – which have reached record highs in the past week. 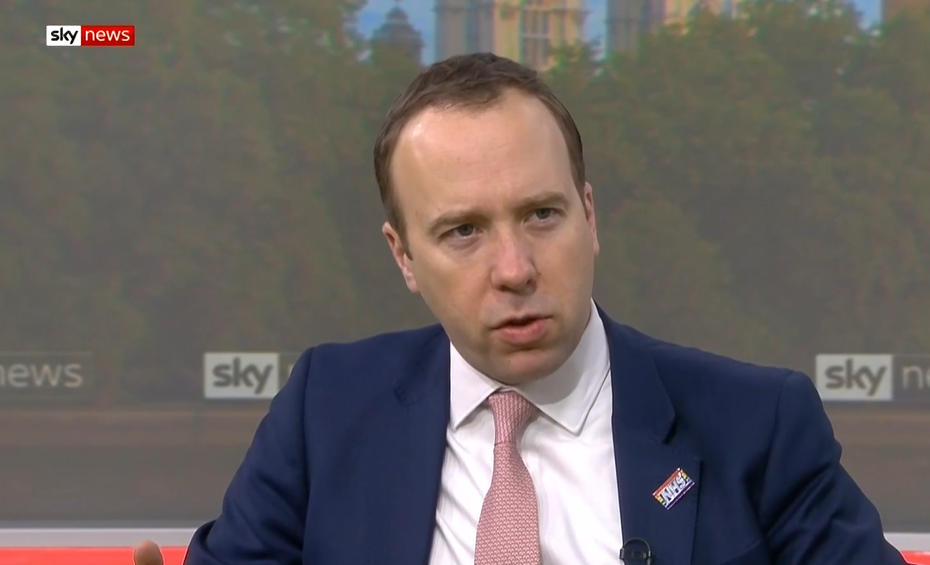 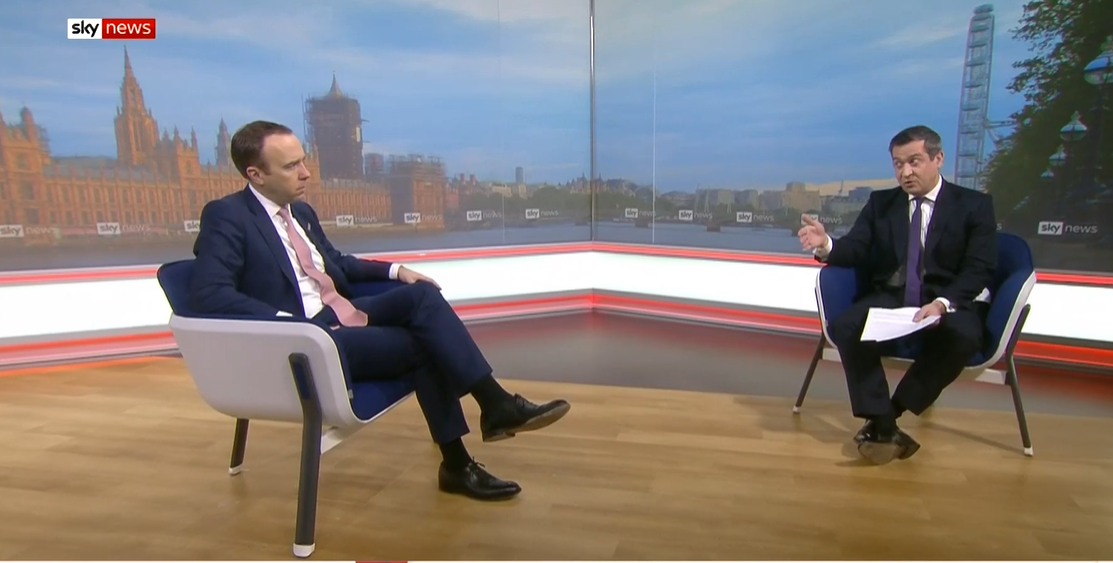 Labour's boss, Sir Keir Starmer, has demanded fresh restrictions within 24 hours – including a return to the Stay at Home message for everyone – and schools to be closed as a last resort.

He said yesterday: "Bring in those national restrictions now, that has to be the first step to control the virus."

The PM has vowed to do "whatever it takes" to tackle the spread – which spreads far more quickly than the old one.

And officials are worried too about another new strain of the virus which has come from South Africa – which spreads even faster than that.

Mr Hancock was asked today: "In terms of the national lockdown called for, that isn't within the Government thinking right now, is it?"

Mr Hancock replied: "Well we don't rule anything out.

"We have shown repeatedly we will look at the public health advice and will take [it] in terms of what is needed to control the spread of the disease."

He later added: "Yes the Government can bring in more restrictions and we don't shy away from doing that if it's needed to save lives.

"But it's also on everyone to act as if you have the virus."

Some of the Tier 3 areas are seeing a sharp rise in cases too, he warned.

"This new variant is so much more contagious – you only need to come into combat with a tiny amount of it to catch the disease."

But Mr Hancock ruled out another Tier, saying: "We haven’t got any proposals for a Tier 5".

Experts have said the new South Africa strain could be worse still.

Mr Hancock added: "I am incredibly worried about the South African variant – that's why we took action we did to restrict all flights from South Africa.

"This is a very, very significant problem.

"It is even more of a problem than the UK variant."

Mr Hancock stressed schools were safe and there was no additional risk to teachers from catching the bug at school than from elsewhere.

He added:"It is also clear that the proportion of teachers who catch coronavirus is no higher than the rest of the population.

"So there is clear public health advice behind the position that we have taken and that is what people should follow because, of course, education is very important as well, especially for people's long-term health."

But this morning a joint statement, signed by GMB, NAHT, NASUWT, NEU, Unison and Unite, said: "The Government's chaotic handling of the opening of schools has caused confusion for teachers, school staff and parents alike.

"Bringing all pupils back into classrooms while the rate of infection is so high is exposing education sector workers to serious risk of ill-health and could fuel the pandemic.

"Unions have called for a pause in the reopening of schools for anyone other than vulnerable children and children of key workers, and a move to remote learning for all while Covid-secure working arrangements are reviewed.

"All school staff continuing to work in schools should be given priority access to Covid-19 vaccinations.

"Instead of casually asserting that schools are safe, the Prime Minister should sit down with unions to discuss a joint approach to ensuring safe working arrangements in all schools and prioritising enabling all pupils to have the equipment and access they need to receive a high standard of remote learning until the safety of them and the staff in their school can be guaranteed."

Some unions have demanded a return to remote learning for all pupils.

Dialysis patient Brian Pinker, 82, has become the first person to be vaccinated with the new Oxford/AstraZeneca Covid-19 vaccine after being given the jab at Oxford University Hospital, NHS England said today.

Mr Pinker, who describes himself as Oxford born and bred, said this morning: "I am so pleased to be getting the Covid vaccine today and really proud that it is one that was invented in Oxford.

"The nurses, doctors and staff today have all been brilliant and I can now really look forward to celebrating my 48th wedding anniversary with my wife Shirley later this year."

The Health Secretary hailed the good news this morning, and said NHS England would dish out as many as were being produced.

And he vowed that red tape would be slashed to allow more people to sign up to administer the jab, too.

He told BBC Breakfast: "We're going to reduce the amount of bureaucracy that is needed there, and I've been working with the NHS on that.

"For instance, there's one of the training programmes about needing to tackle terrorism. I don't think that's necessary, we're going to stop that."

Experts lay out how Instacart, Walmart, and other retail ad sellers can take on Amazon in digital advertising

Lauren Comeau: Javi Was Cheating On Me With Kailyn Lowry the Whole Time We Were Together!
Recent Posts
World News
We and our partners use cookies on this site to improve our service, perform analytics, personalize advertising, measure advertising performance, and remember website preferences.Ok