The inside story of how a determined band of Tories ‘saved’ Brexit and led to Theresa May’s downfall is set to be revealed by a senior MP at the heart of the bitter battle.

Mark Francois, chairman of the party’s European Research Group, will give a blow-by-blow account of its four-year fight to fulfil the 2016 referendum in a book to be published later this year.

He will claim that his group –slammed as a ‘party within a party’ by critics – played a crucial role, not just in repeatedly blocking Mrs May’s ‘surrender’ deal but also in helping to prevent her successor, Boris Johnson, from repeating her mistakes after he became Prime Minister in 2019. 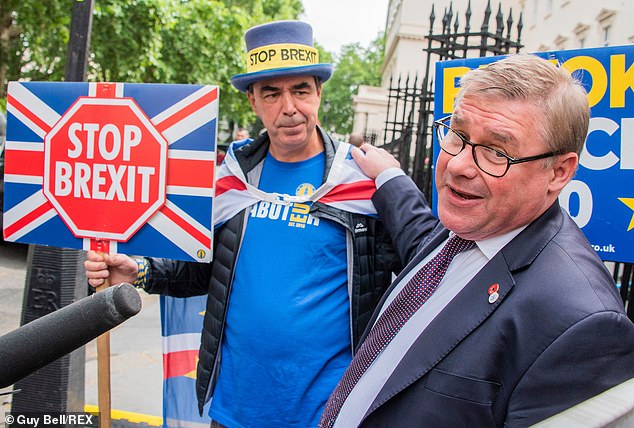 BITTER BATTLE: MP Mark Francois, chairman of the party’s European Research Group, (pictured with an anti-Brexit campaigner in 2019), is set to publish a book on how his band of Tories ‘saved’ Brexit

Named Spartan Victory in honour of the 28 so-called ERG ‘Spartans’ who voted three times against Mrs May’s Brexit deal, the book is set to claim that even key Johnson aide Dominic Cummings admitted he had not read her controversial Withdrawal Agreement.

The Mail on Sunday understands that Mr Francois will say that after Mr Johnson became premier, he met Mr Cummings – who was hostile to the ERG – and warned him the deal would have left the UK at the mercy of the European Court of Justice with successive Parliaments unable to change it.

He says that prompted the aide to say: ‘Who the f*** negotiated that?’

Former Defence Minister Mr Francois became, along with fellow arch-Brexiteers Steve Baker and Jacob Rees-Mogg, one of the key figures in the ERG’s struggle to prevent Mrs May from delivering what they derided as ‘Brino’ – Brexit In Name Only.

That involved inflicting the largest defeat on a sitting Government in parliamentary history in January 2019, when 118 Tory MPs defied the party whip to oppose the May agreement. 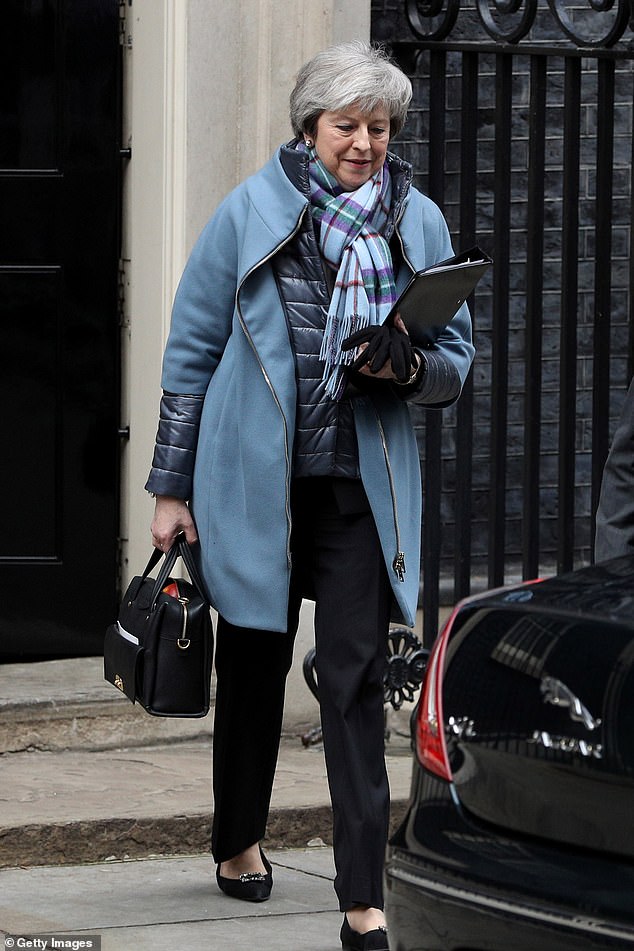 In his book, Mr Francois is set to reveal how those votes were won by a secretive whipping operation which the party’s official whips office never penetrated.

So secret was the ERG rival whips team – known as ‘The Buddies’ and overseen by Mr Francois – that not even most other ERG members knew who they were.

During the Brexit rows, Mr Francois was mocked by Remainers for drawing on his Territorial Army service to say: ‘I was in the Army, I wasn’t trained to lose.’

Last night, he told The Mail on Sunday: ‘I honestly believe that if it hadn’t been for the ERG and the tireless work of colleagues such as Steve Baker, we would now be locked in a Brino – in the worst of all worlds stuck in the EU Customs Union and with no unilateral exit. It would have been a Hotel California situation where we could check out but we could never leave.’

Mr Francois added: ‘If it hadn’t been for the ERG and, in particular, the 28 of us who stuck it out to the very end, Boris Johnson would not have been able to achieve the very real Brexit he has managed to do.’