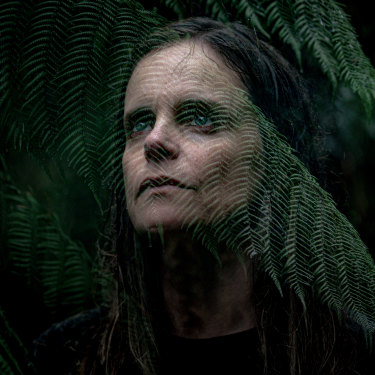 Wurundjeri woman Mandy NIcholson, who is an expert in the Woiwurrung language.Credit:Justin McManus.

Mandy Nicholson was in her early 20s when she found a book containing singular Woiwurrung words. It was the first time the Wurundjeri woman had seen her traditional language in print and it became, she says, the beginning of her “language journey”.

It was a bumpy start. Her first attempts to learn those words were “totally wrong”.

“I tried my best to learn how to say them, but I had no idea. I was reading it the English way,” she says.

“Looking back, I was totally wrong in what I was doing. As years went by I got more and more involved in First Language education, because I wanted to learn how to say these words properly, how to use Woiwurrung in context today rather than like an ancient language only used in the past.”

The restoration and preservation of Indigenous languages has attracted considerable popular interest over the past two decades. Great effort – although too often under-resourced – has gone into reawakening many threatened First Languages after they have sat dormant for a century or more.

Community language centres have appeared, as have school programs, workshops and camps; there have been several well-received films with dialogue entirely in traditional “lingo”; and requests are regularly submitted to language holders for permission and assistance to use traditional local words for everything from new buildings to new boats, clothes labels to reconciliation action plans.

Sadly, the well-meaning general enthusiasm for these First Languages appears unlikely to stall the ongoing destructive forces of colonisation from terminating all but a few by 2050. Of the 350-plus First Nations languages once spoken across present-day Australia, fewer than 50 remain in wide usage. Of the 40-plus First Languages in present-day Victoria before 1835, none are considered to be in wide, everyday use. 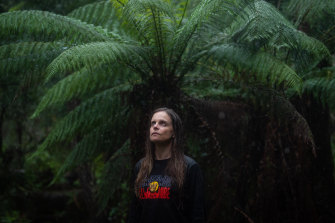 Wurundjeri woman Mandy Nicholson is an expert in Woiwurrung, the language of the traditional owners of Melbourne and its surrounds.Credit:Justin McManus

Mandy Nicholson began her work revitalising Woiwurrung – the language spoken by the traditional owners of Melbourne and its surrounds – at the Galina Beek Living and Cultural Centre in Healesville on the former grounds of the culturally and historically significant Coranderrk Aboriginal Settlement. The land had been gazetted in 1863 as a reserve to settle about 40 Kulin Nation peoples. In the 28 years after the arrival of John Batman from Van Diemens Land in 1835, the Kulin peoples had been dispossessed of their homelands and repeatedly displaced from their subsequent camps and government-assigned settlements.

“She told me that, as a kid, she had heard her grandmother speaking this foreign language she had never heard before to some Blackfellas that were outside of the reserve,” says Nicholson.

“Years later she realised her grandmother was speaking her Woiwurrung language, but because [speaking] it was restricted, she didn’t teach my grandmother. That meant my dad didn’t know language either. But then it came to me and I thought, I’m going to break that cycle as much as I can.” 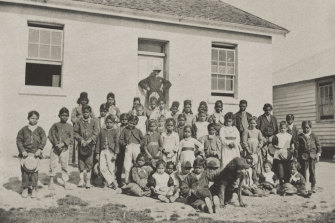 A group of children at Coranderrk Aboriginal Settlement in 1878.

Six years after the establishment of Coranderrk, Victoria became the first colony to legislate an act that allowed government to regulate the lives of Aboriginal people. The model would later be adopted by other colonies around the continent. With the passing of the Aborigines Protection Act 1869, the Central Board for the Protection of the Aborigines was established. The board sought to break any persisting cultural associations of the remaining Aboriginal peoples by placing heavy restrictions on cultural practice and the use of language on Aboriginal reserves. Anecdotal histories tell of how speaking lingo could result in the loss of your rations or worse punishments at the protection board’s discretion, such as the removal of your children.

“To break a culture you take the language, or you take the kids,” says Nicholson. “Both of those things happened. Language was smashed. So the key to breaking a person’s identity, breaking their culture, is to get rid of the way they communicate with each other. The thing that makes them who they are is language.”

Gunditjmara language custodian and co-chair of the Victorian Aboriginal Corporation for Languages Dr Vicki Couzens uses the expression “linguicide” to describe the strategic decimation of Indigenous languages by colonial agencies. This continues through inertia, low-level prioritisation of language, lack of policy implementation and paucity of resource allocation, she says.

“The work of language revitalisation, especially in the south-east of Australia, requires a comprehensive spectrum of work to be undertaken from research and sourcing language held in community and historical archives; community protocols around language development, uses and sharing; recording and documentation; development of orthographies, learning and teaching and so on.

“None of this work is adequately resourced. Nor are the government-funded programs, generally, part of a cohesive community-led strategic approach. Australia has difficulty in celebrating that we’ve got the oldest living culture, let alone the oldest living languages.” 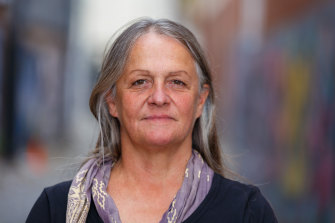 Dr Vicki Couzens is the Gunditjmara language custodian and co-chair of the Victorian Aboriginal Corporation for Languages.

Founded in 1994, the Victorian Aboriginal Corporation for Languages is the only independent community-led Victoria-wide representative organisation focused on language revitalisation, representation and advocacy. It provides First Language training, supports communities in education programs in schools, and receives many requests “for naming this and naming that”, but Couzens says the lack of resourcing makes it difficult for the peak body to respond to the demand, let alone sustain its core work of language restoration and maintenance.

“There’s no adequate resourcing for any of that. The state doesn’t have an identified bucket of money for Aboriginal languages. Language that is supported by government funding is usually part of another priority strategy, for example, language in schools. While these programs have value as part of a strategic language revitalisation approach, the work required to support these programs is not funded. Next year it’s the start of the UNESCO Decade of Indigenousness Languages and we’re like, ‘Where’s the resourcing and planning and the priorities for that?’ ” Couzens says.

She says attending to language attrition in Aboriginal communities is imperative to closing the gap of Indigenous disadvantage in health, education, housing and employment. First Languages are also vital to social cohesion and inclusion, and cultural rights, she says.

“Language goes across all and every aspect of those areas. Language is foundational,” she says.

While it is not yet clear what part language will play as Victoria’s Yoo-rrook Justice Commission embarks on its truth-telling process, it will be important.

“Language is the embodiment of all your worldview, your knowledge, your kinship, your everything. It tells you who you are and where you belong. It tells you all that,” Couzens says.

“Thousands of years of cultural knowledge, tens of thousands, time immemorial: our history, customs and tradition; memories, meaning and expression; our unique ways of thinking. All of it is embodied in our languages.”