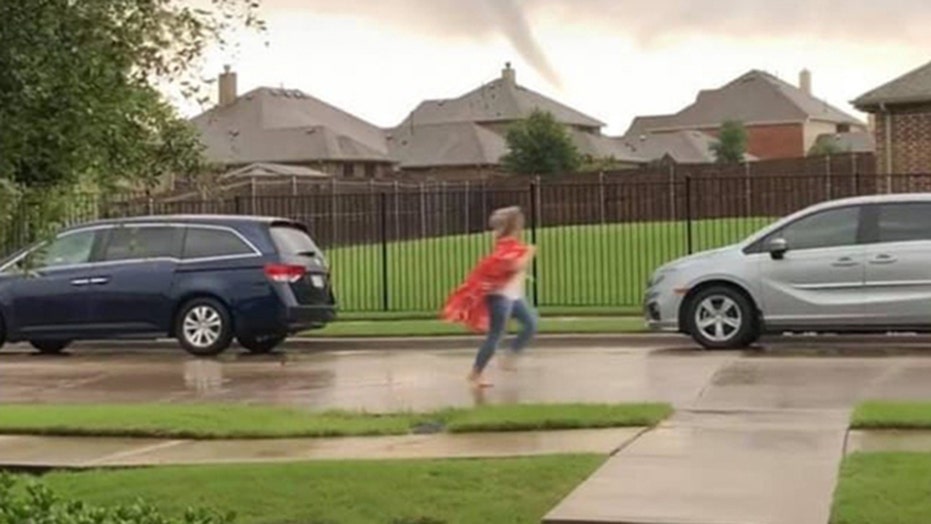 Fox News Flash top headlines for May 31 are here. Check out what’s clicking on Foxnews.com

A photo shows a brave Texas teacher in a kimono racing a tornado to warn parents waiting in a carpool line for their children to take cover.

The photo was snapped as Megan Parson, a fourth-grade teacher at Hays Elementary in Rockwall, ran down the street during Wednesday's school dismissal with the tornado looming in the background.

“That is such a crazy photo, and thank you to whoever took it because I don't think anyone would have ever believed me that I was running down the street and that I looked ridiculous doing it," Parson said, according to Fox 4 Dallas. "I'm just really grateful that everybody ended up being safe and we got a good laugh out of it."

Parson didn’t realize she was also wearing a fake black mustache the whole time she was running down the street, the station reported. She had put it on for a party with her students because it was the last day of school.

“So, all parents see is this crazy girl running barefoot in the rain with a tornado in the background wearing a fake black mustache,” she said on Facebook. “No wonder they made me run all the way to their window before rolling it down.”

She said she took off her shoes because they were too cute to get wet.