Tributes are paid to teenager, 16, who died after the car he was driving crashed into a wall during a police chase through leafy Cheshire suburb

Tributes have poured in for the 16-year-old boy who died after a car he was driving in ploughed into a wall during a police pursuit.

The teenager, who has been named as Kyle Brotherton, was rushed to hospital after losing control of his Toyota Yaris and crashing into a wall in Cheshire’s leafy suburb of Bramhall in Stockport, at around 3.40am on November 13.

Kyle, who lived in Bramhall with his mother and father, died in hospital on Saturday and a male passenger was taken to hospital with serious injuries.

The vehicle was being followed by Cheshire Police when the incident took place. 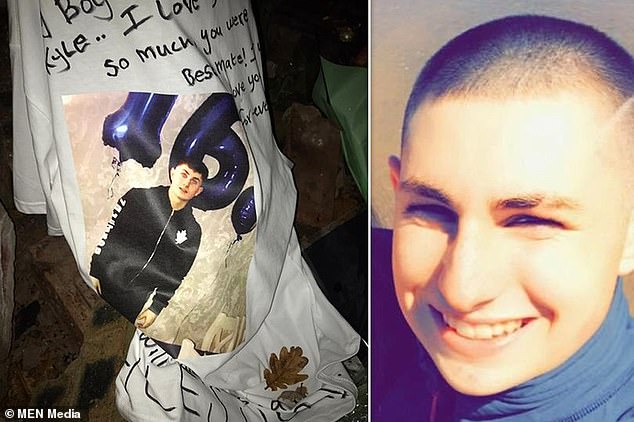 The teenager, who has been named as Kyle Brotherton, was rushed to hospital after crashing into a wall in Bramhall, Stockport, just before 4am on November 13 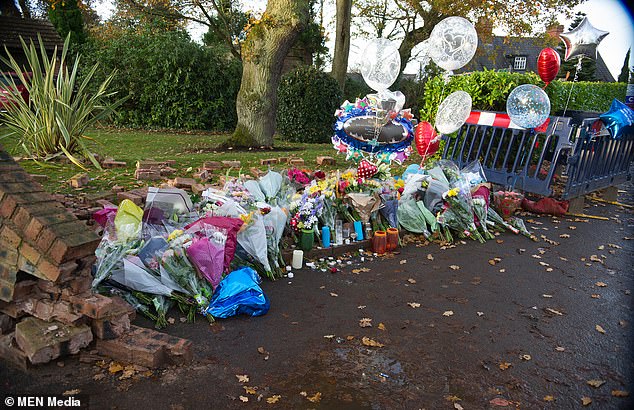 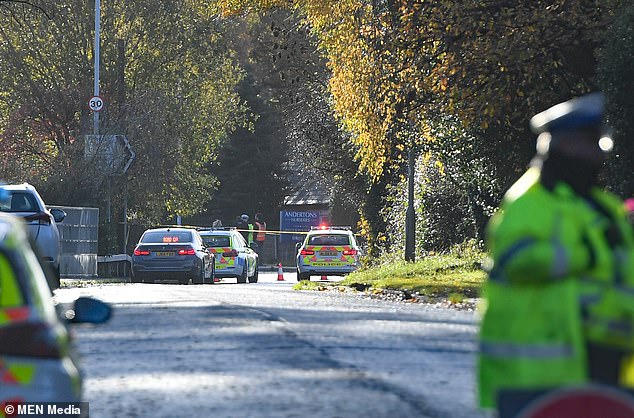 ‘He was a beautiful young boy. This has left a massive hole in our family. He has four cousins who are heartbroken.

‘He will be loved and missed every second of every day. Life will never, ever be the same. He had the most cheeky smile and a contagious laugh. To us, he was perfect.’

An investigation is now under way by the Independent Office for Police Conduct (IOPC).

On social media, family and friends described the 16-year-old as a ‘bright star’ with a ‘beautiful heart’.

One tribute read: ‘Couldn’t believe when I heard what’s happened to Kyle. Rest in peace lil’ man. I’ll see up there one day.’

Another person told his loved ones on the social media site: ‘Our thoughts and prayers are with all of you at this very sad time. RIP Kyle.’

While one mourner posted: ‘Kyle was a bright star with a beautiful spirit.’

Following the collision, family and friends laid floral tributes, balloons and cards at the scene of the incident.

At least 100 mourners flooded onto Hall Moss Lane last night and fireworks were let off at a vigil.

Police officers were called to the gathering, a spokesperson for GMP confirmed.

Speaking yesterday, the spokesperson said: ‘We were called just before 5pm to Hall Moss Lane.

‘Approximately 100 people were in attendance. Officers are still at the scene to ascertain what the gathering is for and to assess if any potential public order or covid breaches have occurred.’

An IOPC spokesperson said: ‘We have begun an investigation after a 16-year-old boy died in a collision following a pursuit involving Cheshire Police on Friday 13 November. 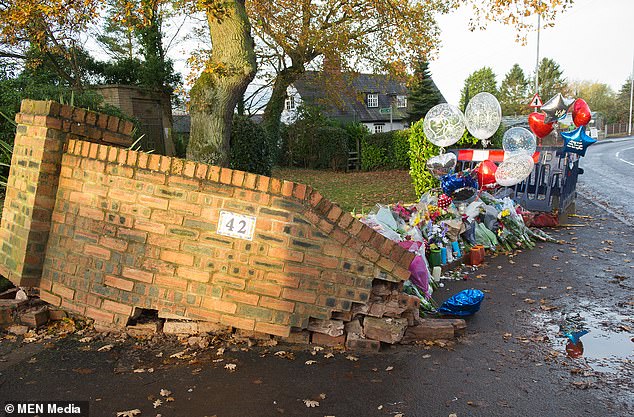 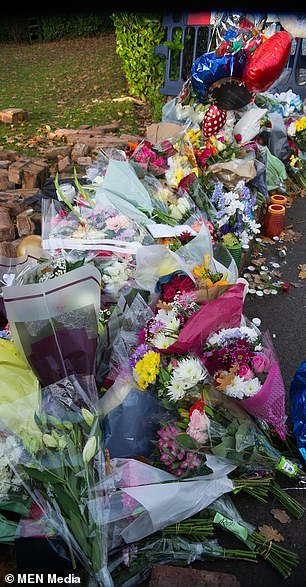 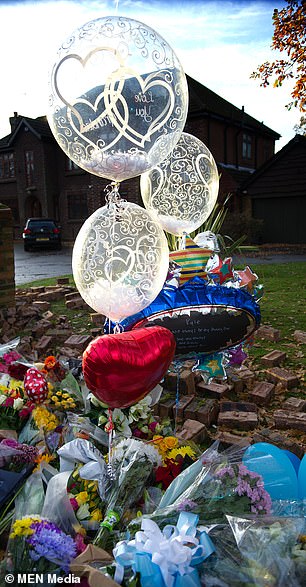 Family and friends laid floral tributes, balloons and cards at the scene of the incident 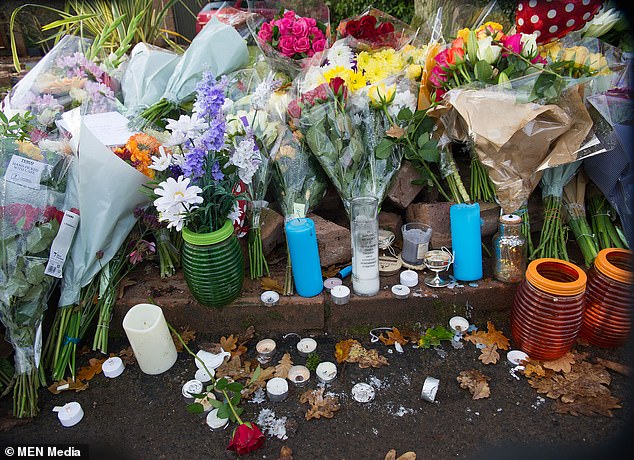 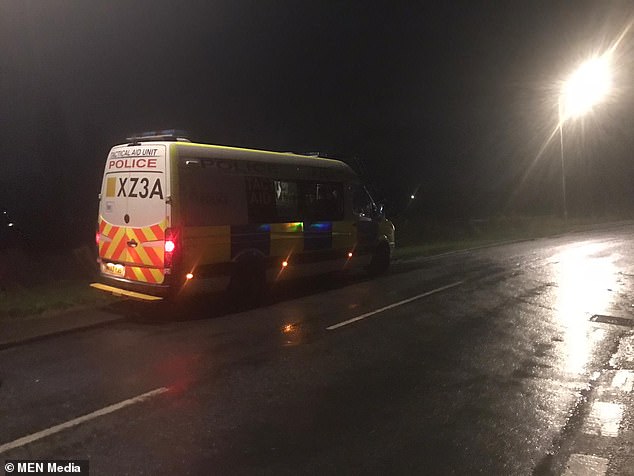 A police van at the scene of the crash in Bramhall, Stockport, which is now being investigated by the IOPC

‘We understand that at around 4am a Toyota car lost control and hit a wall in Hall Moss Lane, Bramhall, Stockport.

‘The driver died in hospital on Saturday and a passenger was taken to hospital with serious injuries.

‘After we were notified by police, we sent investigators to the scene of the collision and to the police post incident procedure to begin gathering information.

‘Our thoughts are with the boy’s family and friends at this difficult time.’

In a statement issued on Friday, a spokeswoman for Cheshire Police said: ‘At around 3.40am on Friday 13 November a white Toyota Yaris came to the attention of officers in the Handforth area.

‘A short pursuit was carried out and the vehicle was subsequently involved in a collision with a wall on Hall Moss Lane, in Bramhall, Stockport.

‘The two occupants of the vehicle, both male, sustained serious injuries and were taken to hospital.

‘In line with normal procedures the Independent Office for Police Conduct (IOPC) has been notified of the incident and they have now begun an independent investigation.’