Teen killer, 18, claims she stabbed her boyfriend to death when he tried to grope her because she was suffering with PTSD after being raped as a child – as she appeals 17-year jail term

A teenage mother who stabbed her new boyfriend to death ‘lost control’ because she was suffering PTSD after she was raped as a child and neglected by her parents, her lawyers have told appeal judges today.

Martyna Ogonowska, then 18, previously claimed she ‘accidentally’ stabbed Filip Jaskiewicz through the heart after he tried to grope her breasts in 2018, three days after they met.

She told police she punched him away after a row following night of heavy drinking – but forgot she was holding the knife in her hand.

The killer, now 22, and her friends had all fled the scene and failed to call an ambulance, leaving Filip, 23, to bleed to death on October 20, 2018. Ogonowska cleaned the knife and her clothes and even messaged her mother on Facebook about the killing.

Ogonowska was jailed for life after she was convicted of murder by jurors at Cambridge Crown Court in April 2019.

Her lawyers are appealing the sentence, saying it should be slashed because she was suffering from PTSD caused by abuse she suffered as a child – and which is so bad that it causes her to lose control of herself.

Ogonowska was the victim of ‘serious domestic violence at home’ whilst growing up and social services had to intervene after her parents neglected her, the court was told. She also discovered that a Polish man who raped her at 14 also posted indecent images of her as a child and online.

Ben Cooper KC, representing Ogonowska, said these events were not properly considered by the psychiatrist at the time of trial. 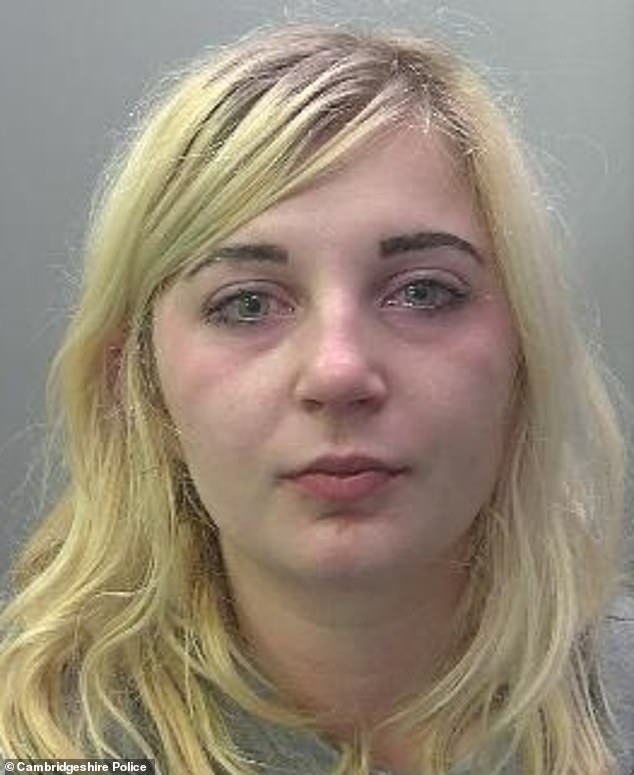 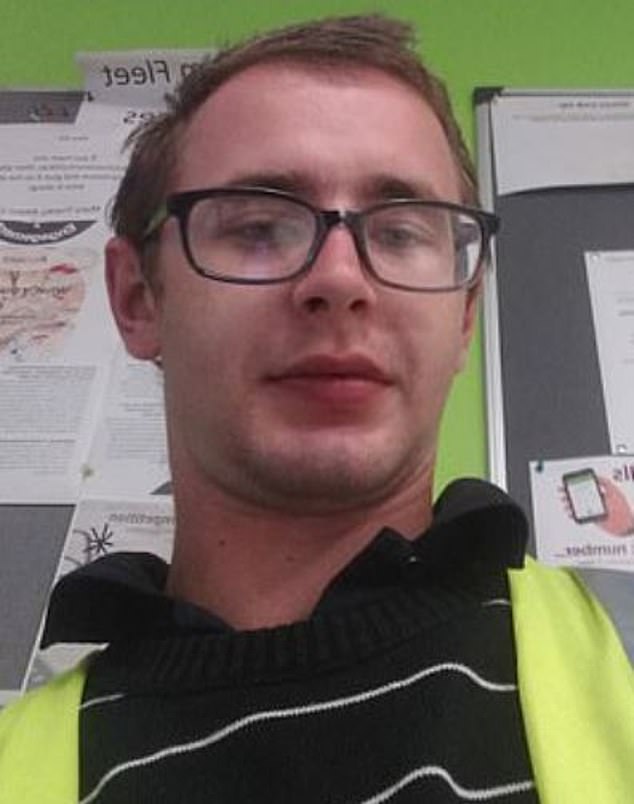 Filip Jaskiewicz, who was stabbed to death by Ogonowska

‘PTSD is likely to cause distress to anyone and there is evidence of repeated reliving of trauma. A psychiatric diagnosis shows she suffered severe PTSD which substantially impaired her ability for rational judgment,’ he said.

‘She was extremely scared and therefore would do anything she could to protect herself. She was unable to exercise self-control.’

Mr Cooper said: ‘In the context of the trauma she described, they [the prosecution] should have obtained social services’ records.’

The diagnosis was made ‘sexualising the child, focusing on her intimate relationships, without taking into account her vulnerability at the time from the neglect from her parents.’

‘I submit that the publishing of indecent images of her as a child and distributing them after he coerced them from her is relevant,’ he said.

‘In the context of her trauma – a child discovering that as a child – that is relevant to the psychiatric diagnosis for PTSD. Evidence can be said to be unsafe due to the fact that there were shortcomings, there were flaws.

‘In my submission it is for the prosecution expert to make sure he has relevant expert evidence before a diagnosis. It was a failure of his duty to the court.’ 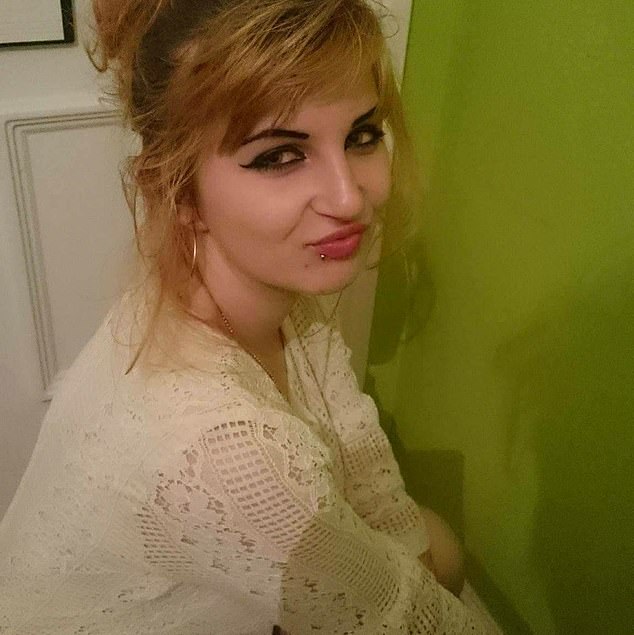 The police officer who arrested Ogonowska said she looked ‘pale with puffy eyes’ after the murder. Other witnesses recalled her unintelligible ‘screaming, shaking and stammering.’

Mr Cooper branded this as a ‘clear description of loss of self-control.’ He also claimed one of the biggest failures of the trial was the way the psychiatric reports were put before the jury.

He said: ‘There was an absence of reports. They would have been readily available had they been asked for, or if they were properly sought.’

Mrs Justice Sharp said it was difficult to criticise the way the case was handled given the lack of information since the defence counsel in the trial passed away.

‘One of the issues we have to consider is whether an appropriate forensic decision was made, for example not to put the material before the jury. Trials take place once and one cannot have a second go at it unless there are good reasons for that. I am simply asking for information in that context,’ she said.

Andrew Jackson, prosecuting, emphasised that the defence counsel psychiatrist came to the same conclusion as the prosecution’s psychiatrist that Ogonowska’s PTSD was not of severe enough to grant her the defence of diminished responsibility. 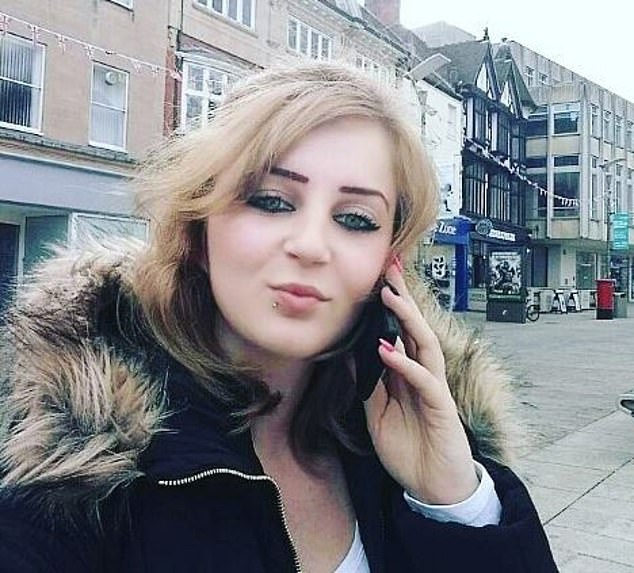 Mr Jackson said: ‘Both experts who gave evidence dealt with the applicant’s schooling and both based their reports on her accounts to them of the difficulties she faced at school, being bullied, leading to self-harm, leading to her exclusion or her simply not attending school.

‘It was agreed between both counsel and the judge that the experts were to be in court for the entirety of the applicant’s evidence.

‘Both experts were not only able to fully understand the material and the allegation she had made but they had the unique opportunity to see the applicant, to see her give that evidence and to see her cross examined.’

Both psychiatrists also considered the fact that Ogonowska encountered difficulties during pregnancy and suffered from postnatal depression.

Mr Jackson claimed the new evidence brought forward of Ogonowska’s medical condition, particularly her medical records, ‘would not have taken the jury any further.’

‘Whilst regrettably neither [doctors] sought or viewed that material, plainly it was not material to disqualify them from coming to the conclusions that they did.

‘The judge made it perfectly plain to the jury what the evidence was and how it related to the issues in the fairest possible way.’

Ogonowska was found guilty of murder by a jury and sentenced to life in prison, with a minimum term of 17 years.

For the charge of possessing a knife, she was given an additional 18-month sentence, to run concurrently with the life sentence.

When he passed sentence Judge David Farrell told Ogonowska: ‘You took a knife to the scene intended to have it available to use it as a weapon and you used that knife in committing the murder.’