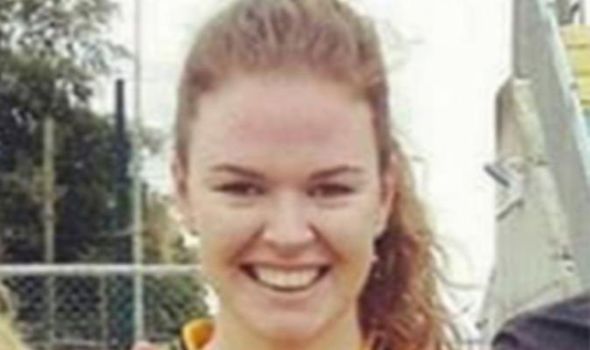 Amanda Kinsella fell from a bus and was subsequently hit by a car. She was airlifted to Dublin’s Beaumont Hospital where doctors tried to save her life.

Tragically Ms Kinsella died on the evening of August 13, after medical efforts were unsuccessful.

Originally from Bennekerry in County Carlow, she had recently returned from working in the Middle East.

Her funeral mass was held at St May’s Church Bennekerry on Thursday.

According to the Irish Mirror, Ms Kinsella’s brother David said: “Amanda lit up everyone’s lives and that of the community. I never thought I would be here saying goodbye to her.

“She was a great bluffer when trying to get jobs, especially for summer jobs in the US.

“Nothing feared her as long as she was with family and friends.

“Saying goodbye to her at the airport never got easy when she was going back to Oman and Bahrain. She certainly was the cream of the crop.

“Last Friday was such a tragedy – it is hard to believe – but she was living life.

“You will live in our hearts everyday. We love you Amanda. Rest in Peace.”

St May’s Church was filled with yellow roses and sunflowers for the service.

Her coffin, adorned with red roses, was carried into the church by family and friends.

Coronavirus restrictions limited the number who could attend, but almost 1,300 mourners watched a live stream from around the world.

Holborn: Emergency services on scene after crash in London

During one of the orations, he was described as “the love of her life”.

Mourners were told Ms Kinsella had “lit up everyone’s lives” and would “live in her family’s hearts everyday”.

One relative insisted Ms Kinsella would want those involved in the accident to continue to “live life to the full”.

They said: “The accident has left a huge hole in our life.

“It would have been one of her great wishes in her life that the wedding she attended would not be ruined on what happened on the day.

“She never would want the man who was driving the bus nor the driver of the car to be hurt.

“She would want them to live life to the full.”

The Gardai are appealing for anyone who witnessed the accident to come forward.