An Iowa schoolteacher who’s also a part-time woodworker put together a team to create homemade desks for kids in need to use while remote learning.

“I just felt in my heart that it was like, this is what I need to do. This is what you’re going to do kind of thing,” Nate Evans, who works at Des Moines Christian School in Urbandale, told Fox News. 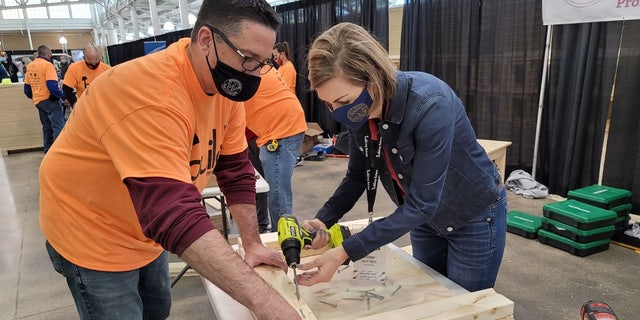 Evan’s mission – dubbed “Woodworking with a Purpose” – started last fall when many children had to find a means to do their school work at home because of the pandemic.

“We’re [teachers] told to tell kids they should have their own space to do their learning,” Evans, who has worked in education for the past 16 years, said. “And I just felt that was really unfair.”

Evans wasn’t just thinking about the burden this put on his own students, but what it meant for the inner-city students he had worked with for over a decade earlier in his career.

“I knew what it was like for those families to be asked to provide something that could potentially cost hundreds of dollars to have,” he said. 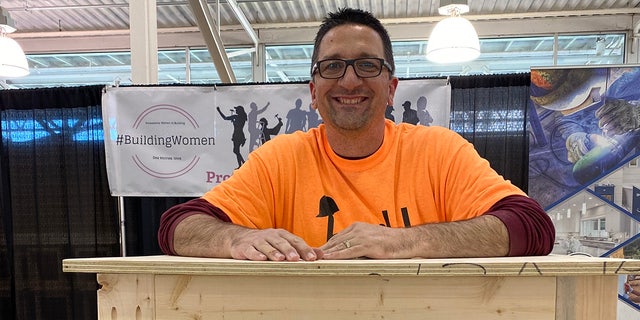 On top of that, Evans, a parent himself, knew stores like Target and IKEA didn’t have the products in stock at the time.

Evans already had his own business, Evan’s Woodworking, that he started out of his garage. So, he knew he was capable of finding a solution.

“It was just one of those things like if you see a need, you have to fill it,” he said. “And it was something that I knew I could do with a little help from my friends.”

Evans recalled heading out to Home Depot last September with the leftover cash he had earned from some woodworking projects that he had made with his kids.

He obtained about $300 worth of lumber on the first day, which, with the help of many hands, quickly turned into about 13 desks, he said. 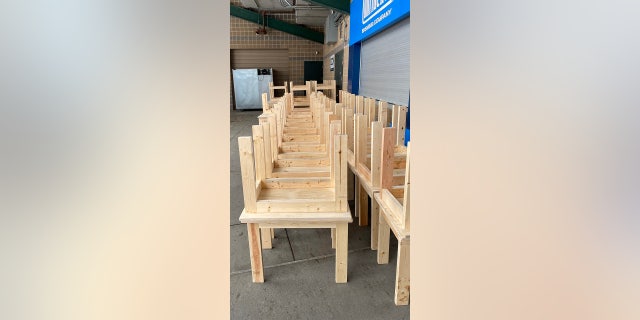 After tweaking the design, Evans and his team of 20 regular volunteers, as well as his family, began pumping out a few hundred desks to send them off to children throughout central Iowa.

By December, Evan’s efforts were noticed by the Core Foundation, which works to “ignite and support charitable projects,” according to its website.

“Through their nonprofit status, it gave us a chance to take larger donations from more corporations in our area and from different places around the country,” Evans said.

Not only did lumber yards start sending in donations, but hundreds of people started offering to help. Woodworking with a Purpose even had building events where they would create 250 desks in a single day.

“It was much bigger than we could have ever imagined, and we started getting more and more publicity and people reaching out to try to help us to do more,” Evans said. 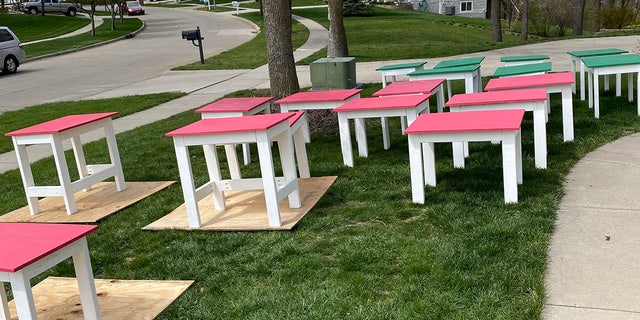 However, their efforts didn’t stop there.

Woodworking with a Purpose also began making wooden “Hope Chests” so foster children around the area could store their belongings.

“Three of my nephews are adopted through the foster system,” he said. “So I know what it’s like for the kids to show up with nothing and not have a space that’s actually their own.”

Unfortunately, skyrocketing lumber prices forced the organization to put a pause on this effort throughout the summer.

But this hasn’t deterred them from their mission. 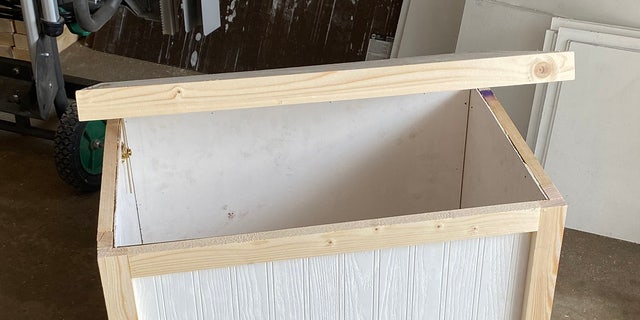 When prices settle down, Evans hopes to kick off right where they left off, making desks, chests and other pieces of furniture so any child in need can have a space to call their own.

Evans hopes to expand this effort with his own shop and to eventually touch the lives of children throughout the country.

“We’ve had about a dozen individuals or groups around the country and into Canada and Mexico who have reached out to us and who have borrowed our plans,” Evans said.