A Tampa police officer who investigators believe veered into an oncoming vehicle to protect others before dying Tuesday morning in a wrong-way crash was a “strong, courageous” father who had wanted to serve in law enforcement since he was 8 years old, his family tells Fox News.

Master Patrol Officer Jesse Madsen — a U.S. Marine combat veteran who spent nearly 17 years with the Tampa Police Department — was pronounced dead around 1 a.m. following the collision on Interstate 275. He leaves behind a wife and three children, ages 16, 12 and 10.

“I don’t know really what to say other than he was extremely loved and was a very outgoing, strong courageous guy who wanted to be a police officer since he was 8 years old,” his stepmother Julia Madsen told Fox News, calling his death a “real tragedy”. 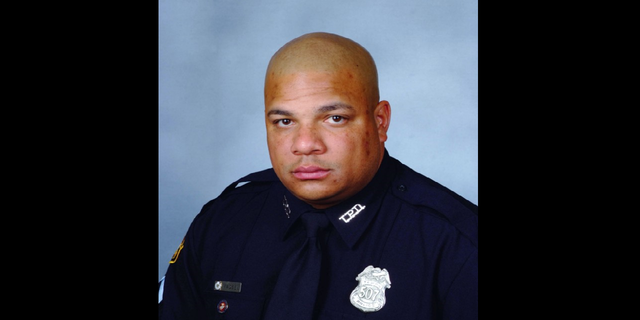 “He was the last one you think would die first, he was just so strong,” she added.

Tampa Chief Brian Dugan says the driver of the rental car that struck Madsen’s police vehicle — 25-year-old Joshua Daniel Montague, of Golden, Colorado — also died from the impact. It remains unclear why Montague was heading southbound at a “high rate of speed and swerving through the lanes” of northbound I-275, and the investigation remains ongoing, police added.

“He earned our life-saving award seven times during his career,” Dugan said of Madsen on Tuesday morning. “We have reason to believe that he had veered into this oncoming car to protect others.”

Dugan says that information was obtained after speaking with witnesses.

“So when you look at someone who has earned seven life-saving awards it’s no surprise that he would take such swift action and do this,” Dugan added.

The Tampa Police Department now says it will enter a weeklong period of mourning, as Madsen was a “guardian of this city” who “will never be forgotten.” A memorial fund has been set up for Madsen’s family and police also released a video of the officer being escorted away from the crash site. 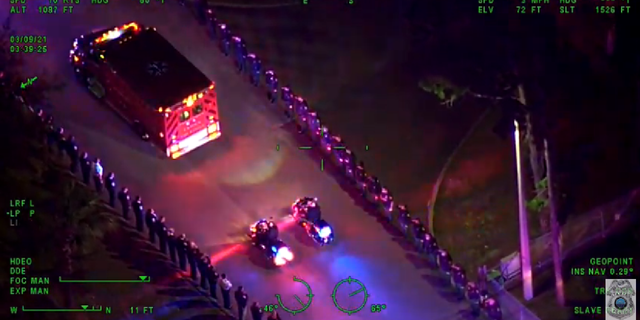 FLORIDA MEN ARRESTED AFTER SHOOTING AT CAR ON I-4, CRASHING IN HIGH-SPEED CHASE CAUGHT ON VIDEO, DEPUTIES SAY

Outside of uniform, Madsen enjoyed taking his children fishing and had a knack for finding fish when no one else could, his stepmother told Fox News.

“He had the spirit of adventure in him from day one,” Julia Madsen said. “He was always there for friends and family.”

Madsen’s brother Joshua also described his death as “extremely unfortunate” and said Jesse was “loved by many”.

Tampa Mayor Jane Castor told reporters Tuesday that City Hall and the area’s bridges will light up in blue tonight in honor of Madsen.

“They clearly are devastated,” she said about Madsen’s family. “They are very, very thankful for the thoughts and prayers of the entire community.”

The stretch of highway where the crash occurred was closed in both directions for about seven hours earlier this morning, according to Fox13 Tampa.

The station also reported that Madsen is the third police officer in the Tampa Bay area to be killed in the line of duty this year, following incidents in January and February involving officers with the Hillsborough County and Pinellas County Sheriff’s Offices, respectively.