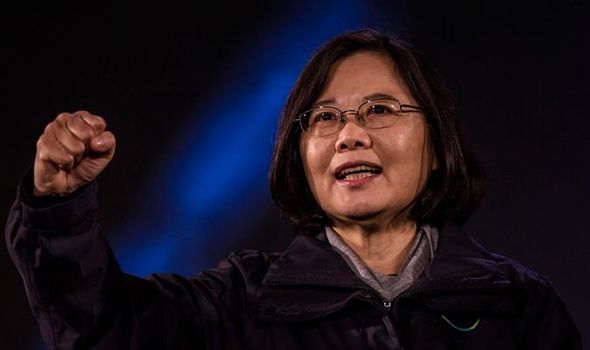 Chinese troops opened fire on student protestors calling for more democracy and freedom in Beijing during the bloody crackdown 30 years ago. Human rights groups have estimated the death toll as between several hundred and several thousand. Public commemoration of the massacre is illegal and China is yet to publicly release any full death toll.

Ms Tsai said: “The Chinese government not only did not plan to repent for the past mistake, but it also continued to cover up the truth.

“Please be reassured – Taiwan will definitely defend democracy and freedom. Regardless of threats and infiltration, as long as I’m the president, Taiwan would not bow to pressure.”

The Democratic Progressive Party leader was also backed up by US Secretary of State Mike Pompeo who attacked China in a statement.

As reported by The Hill, Mr Pompeo said: “The United States hoped that China’s integration into the international system would lead to a more open, tolerant society. Those hopes have been dashed.” 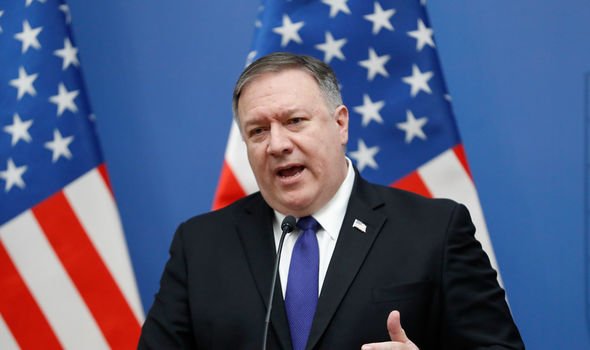 Describing protestors in 1989 as “heroes”, he condemned a “new wave of abuses”, which have included the imprisonment of reportedly 1 million Muslim Uyghurs in Xinjiang Province and the placing of many citizens under hard surveillance.

Mr Pompeo added: ”Even as the party builds a powerful surveillance state, ordinary Chinese citizens continue to seek to exercise their human rights, organize independent unions, pursue justice through the legal system, and simply express their views, for which many are punished, jailed, and even tortured.”

Mr Pompeo concluded ”China’s own constitution stipulates that all power belongs to the people. History has shown that nations are stronger when governments are responsive to their citizens, respect the rule of law, and uphold human rights and fundamental freedoms.”

But China has fired back. 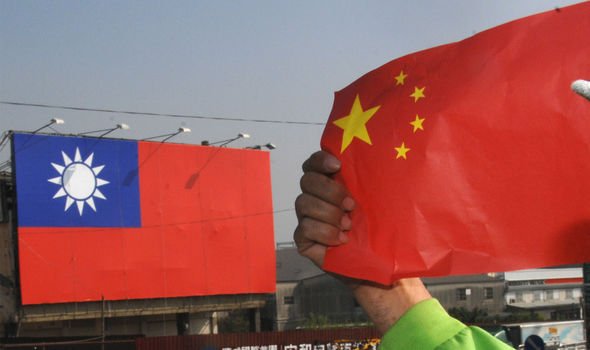 China’s embassy in the United States expressed “strong dissatisfaction” on Tuesday towards the United States’ remarks on the 30th anniversary of the Chinese government’s bloody crackdown on student-led protests in Tiananmen Square.

A statement from the embassy said Mr Pompeo’s comments on the anniversary were made “out of prejudice and arrogance” and grossly interfered with China’s internal affairs.

It said: “China’s human rights are in the best period ever.”

The Taiwanese leader’s intervention comes following increasing tension between China and Taiwan, with the former’s President Xi Jinping threatening to use force to bring about reunification. 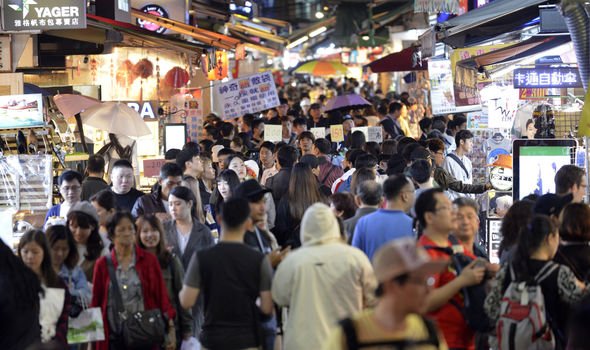 Taiwan’s official name is the Republic of China (ROC) and it was founded after nationalist forces fled the mainland after the Chinese Civil War.

Both sides claimed to be the legitimate government of China and the ROC represented China on the United Nations until 1971.

Now, Taiwanese politics is split into two loose camps, one backing unification though generally under less strong political and economic links with the Mainland and one backing independence.

Ms Tsai’s party is part of the independence camp, though she herself has said Taiwan’s de facto independence means a formal declaration, which would likely cross a line for China, is not needed. 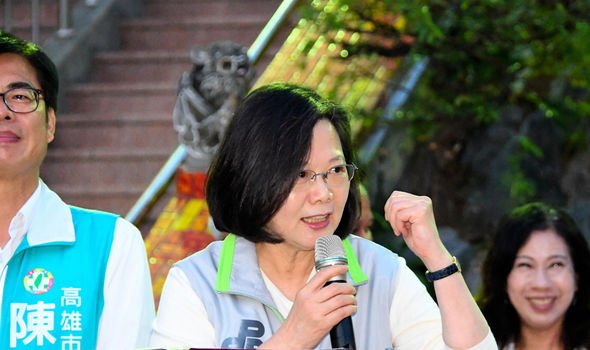 With the Taiwanese leader calling for China to “sincerely repent” for their actions, China has increased the suppression of activists.

Ms Tsai also raised concerns over the performance of “One country, two systems”, the policy, which was originally devised with Taiwan in mind, allows for parts of China to operate separate political, judicial and economic systems.

It was a term of Britain’s handover of Hong Kong in 1997 and was intended to preserve democracy in the city until at least 2047.

But it has come under increasing pressure over the years since British rule ended. 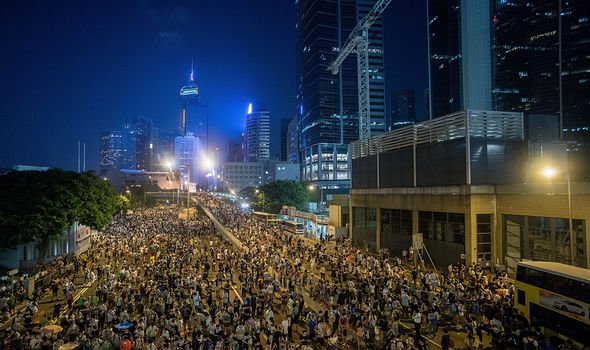 In 2014, booksellers from Causeway Bay were arrested and taken to China after selling books viewed as critical of Xi’s regime.

The same year, pro-democracy protestors from the umbrella movement were clamped down by authorities.

Candidates elected to Hong Kong’s legislative council have been disqualified and a pro-Beijing election committee must approve candidates for Chief Executive.

In recent months, a law allowing the extradition of people from Hong Kong to China has led to even more widespread protest due to perceived unfairness in China’s legal system.

Ms Tsai expressed concern for what she perceived to be an “erosion of freedom” in Hong Kong.