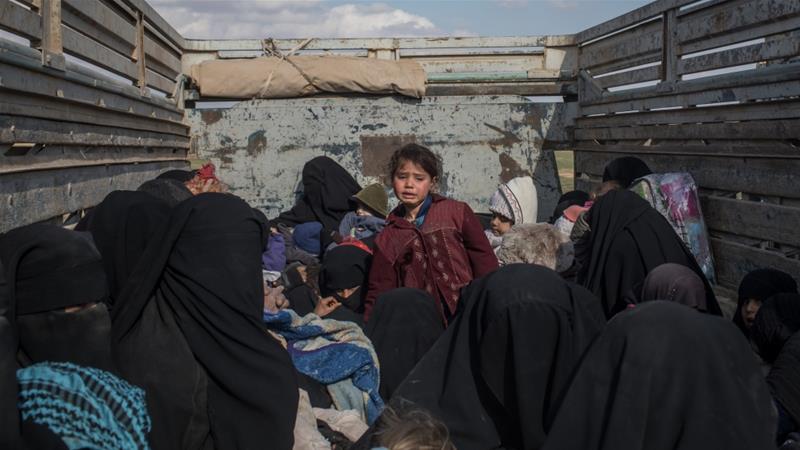 The Kurdish administration in northeastern Syria has handed over 12 French and two Dutch orphans born to fighter families to respective government delegations, an official has said.

The children, the oldest of whom is aged 10, had been living in camps where tens of thousands of people who fled recent fighting against the Islamic State of Iraq and the Levant (ISIL or ISIS), are still housed.

Kurdish officials handed over “12 orphaned French children from IS families to a delegation from the French ministry of foreign affairs,” top foreign affairs official Abdulkarim Omar said in a statement on Monday.

He said the transfer took place in the town of Ain Issa on Sunday and added that two orphaned Dutch children were also handed over to a government delegation from the Netherlands.

The Dutch foreign ministry had yet to confirm the development.

France has one of the largest contingents of suspected fighters who were captured or turned themselves in, together with their families, in the final stages of the US-backed Kurdish assault on the last fragment of ISIL’s “caliphate”.

The proto-state eventually died in the village of Baghouz, on the banks of the Euphrates, in March this year, after a months-long US-backed Kurdish assault.

Larger than expected numbers of families emerged from the ruins of the last ISIL enclave and the fate of tens of thousands of them remains unclear.