A NEW YORK man cops said groped a woman was filmed by his victim saluting her and waving for the camera before the alleged attack.

The 30-year-old woman was walking on a street in the Queens borough of New York around 7 p.m. Saturday when the strange man came up from behind her and began harassing her, the NYPD said. 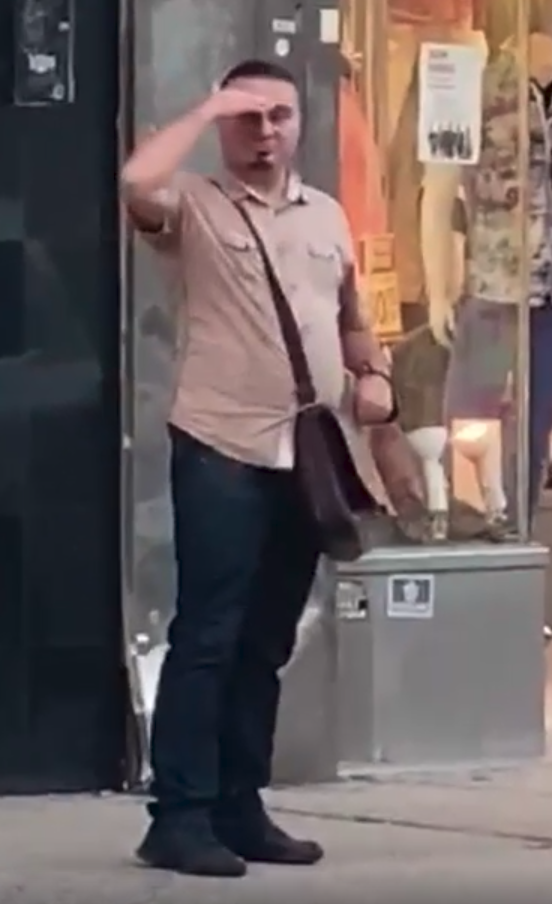 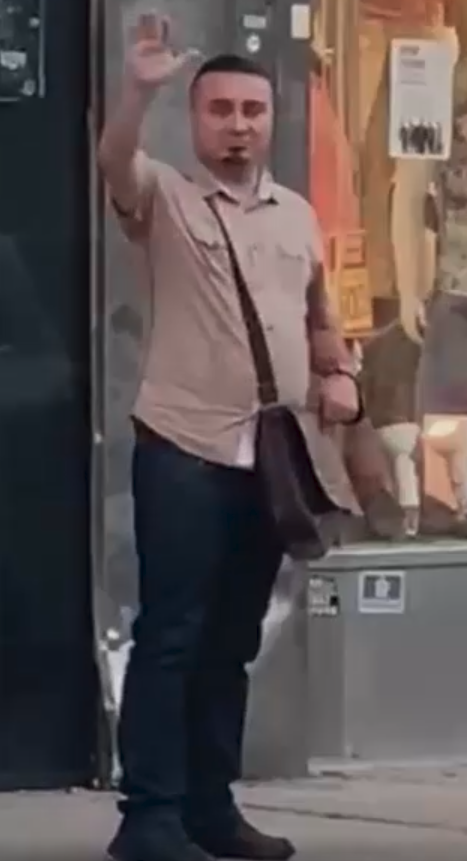 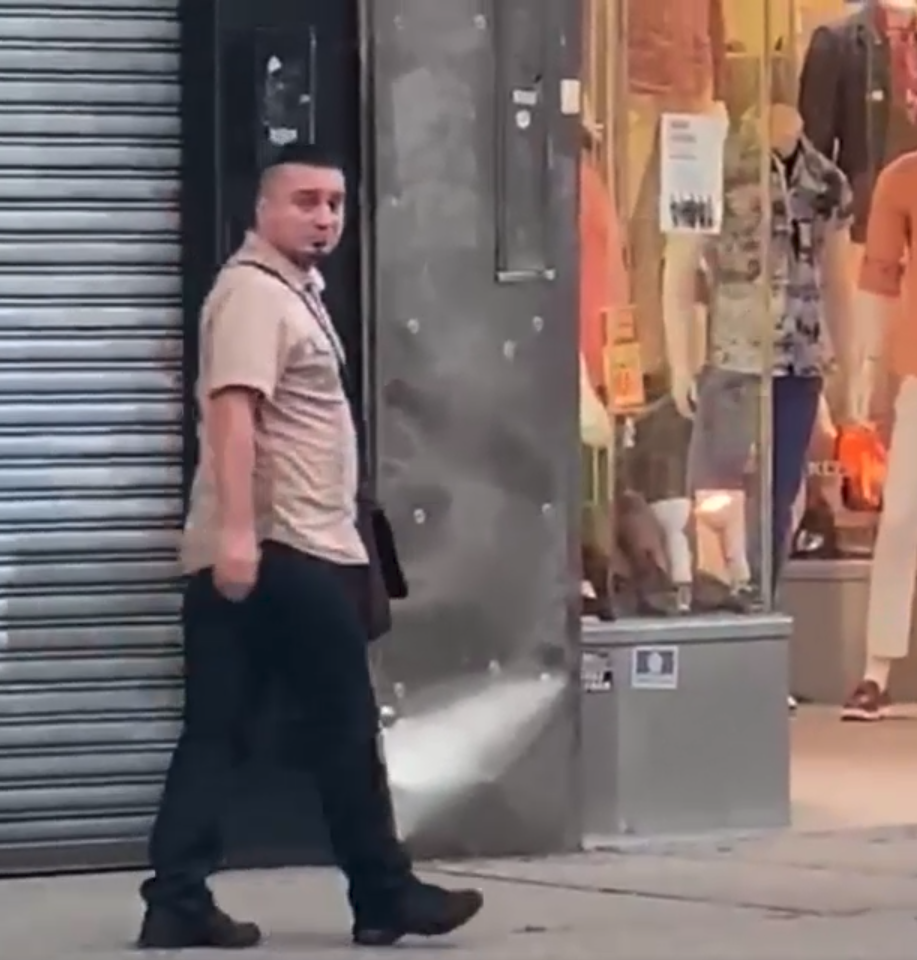 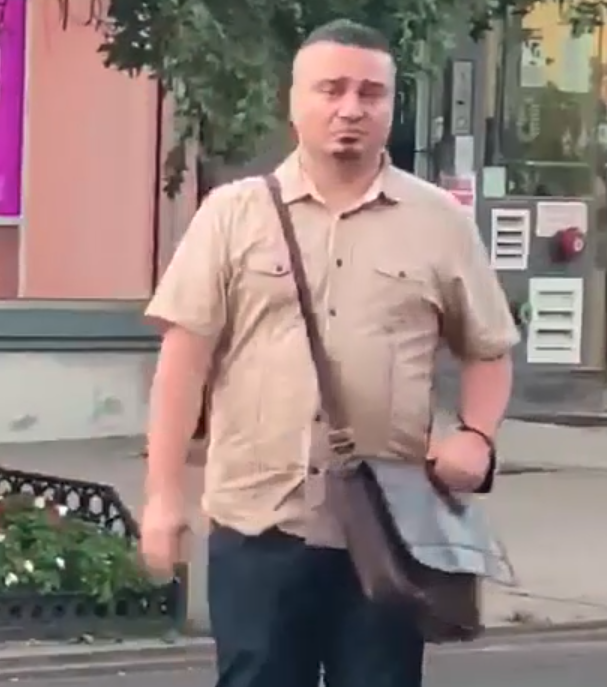 The scared woman stopped walking and quickly pulled out her phone to record the ponytailed man, hoping he would stop harassing her and keep walking.

Instead, the man waves at her with a smirk and performs a saluting gesture before approaching her and grabbing both of her breasts, video of the incident shows.

The man fled when the woman screamed after the sexual attack, cops said, and is still on the loose.

The suspect was last seen wearing a beige colored short-sleeve button down with black sneakers and and dark trousers while carrying a brown leather side satchel.

He was seen sporting facial hair styled in a soul patch and small goatee.

Cops are seeking help in identifying the man. Anyone with information about the incident can call the NYPD's Crime Stoppers Hotline at 1-800-577-8477.