Stripper, 36, who scarred rival for life by attacking her with jug in lap dancing club after calling her ‘glass-eyed prostitute’ avoids jail

An exotic dancer who attacked a rival with a jug at a lapdancing club has been spared jail.

Yvonne McDermid, 36, called Cheryl Hanrahan a ‘glass eyed prostitute’ and poured a drink over her before they became embroiled in a catfight.

She caused the 45-year-old victim actual bodily harm when she then used a plastic jug to strike her on the side of the face.

The incident happened during a night out at the Wiggle Gentlemen’s Club in Bournemouth, Dorset, where the two women had previously worked as dancers.

They had a bitter falling out before they bumped into each other on a night out in August 2018. 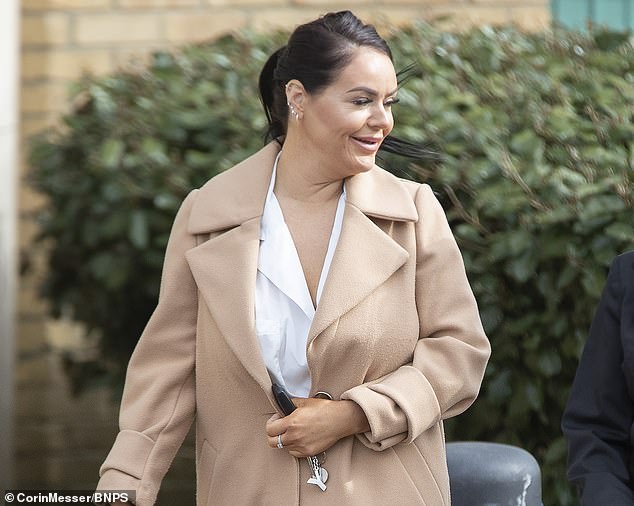 Yvonne McDermid, 36, escaped jail after she was found guilty of causing actual bodily harm to Cheryl Hanrahan when she hit her with a plastic jug during a fight in a Bournemouth nightclub

Miss Hanrahan, who wears a glass eye from a childhood accident, sat down near to McDermid after coming off the dance floor at Wiggle.

The defendant told her to ‘f**k off’ before the ugly brawl erupted.

Miss Hanrahan, who now works as a laser therapist, suffered a facial injury that has left her scarred for life.

McDermid denied the charge of ABH but was found guilty following a trial.

Appearing at Bournemouth Crown Court, Judge Robert Pawson slammed her behaviour as ‘disgraceful’ and told her she had not shown a ‘shred of remorse’ and had seen herself as the victim.

As McDermid shook her head in the dock, the judge told her she was lucky to avoid being sent straight to prison. 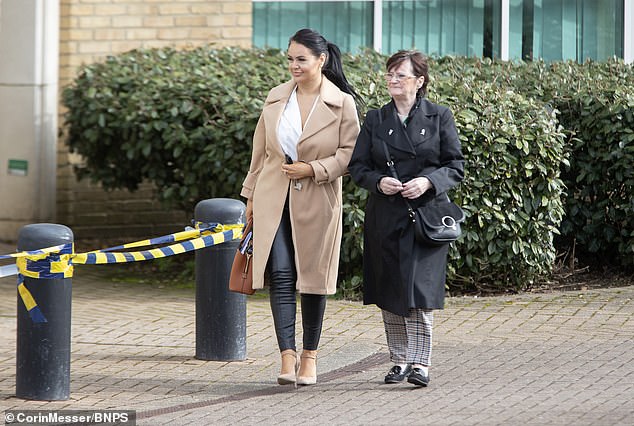 Appearing at Bournemouth Crown Court, Judge Robert Pawson slammed her behaviour as ‘disgraceful’ and told her she had not shown a ‘shred of remorse’ and had seen herself as the victim. But she was given a suspended sentence after her defence said she needed to care for her son, who has autism

Miss Hanrahan (pictured), who now works as a laser therapist, suffered a facial injury that has left her scarred for life. McDermid denied the charge of ABH but was found guilty following a trial 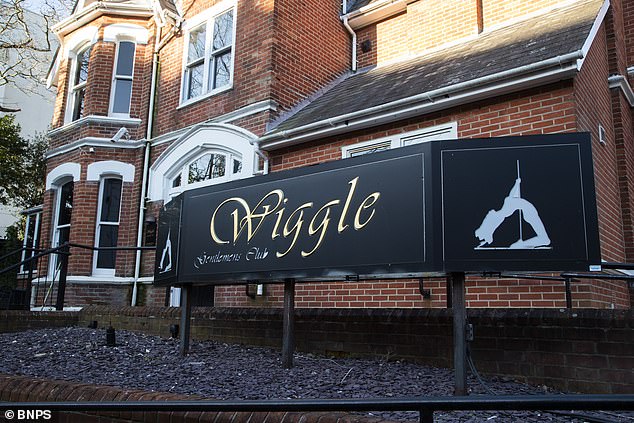 Both women ended up in Wiggle Gentlemens Club later on, where after second confrontation McDermid threw a drink over Miss Hanrahan and hit on the head with a jug before getting into a fight

He only agreed to suspend her sentence so that she can continue to care for her son, who has autism.

Judge Pawson said: ‘I don’t detect in you a shred of remorse. I don’t think for one moment that you are really genuinely sorry for what happened.

‘My judgment from the way you conducted yourself at trial is that you see yourself as a bit of a victim – it’s all a bit unfair.

‘It is not unfair for a moment. You have behaved disgracefully. My sense from you is that you really couldn’t care less about the fact you scarred another woman’s face.’

Robert Griffiths, mitigating, had urged the judge to consider the impact that jailing McDermid would have on her son.

Miss Hanrahan was found unconscious following the attacked and was treated in hospital for her injuries. It came after a chance meeting in Eden bar on separate nights out, where McDermid called Miss Hanrahan a ‘glass-eyed prostitute’, before she retaliated by throwing a drink over her

He said: ‘It is not a get out of jail free card having children but the difficulty here is that her son has autism. Routine is very important for him.’

McDermid, from Bournemouth, was sentenced to 14 months in prison, suspended for two years.

She was also placed under a seven month curfew meaning she will not be allowed to leave her home between 8pm and 6am.

Judge Pawson added: ‘If you re-offend in the next two years your sentence will be activated.

‘It won’t be any good coming back then and saying the impact on my son will be X, Y and Z.

‘You have a chance. If it has an adverse affect on your son in the future, it will be entirely at your door.’