Tropical Storm Henri has brought strong winds and rain to the north-eastern US as it makes landfall on the coast of Rhode Island.

Henri has sent bands of rain westward, knocking out power to 140,000 homes and causing deluges that have shut bridges and flooded roads.

The storm was downgraded from a hurricane before it reached New England. 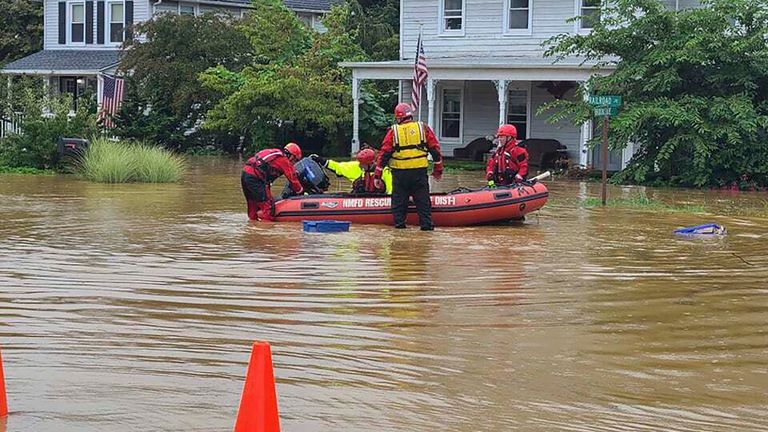 However, the National Hurricane Centre has warned the slow-moving storm could continue to dump heavy rain on wide swathes of the region.

The storm also threatened to stall near the New York-Connecticut border overnight on Sunday, before turning east and heading out towards the Atlantic Ocean on Monday.

Henri had sustained winds of around 60mph and gusts of up to 70mph when it made landfall near Westerly, Rhode Island, according to the National Hurricane Centre.

By late Sunday, it had sustained winds of around 30mph as it moved across Connecticut towards the New York state line.

Some of the harshest rain arrived ahead of the storm’s centre, forcing some 200 residents in Helmetta, New Jersey, to flee to higher ground as water flooded their homes.

“It came so quick – in the blink of an eye,” said the town’s mayor, Christopher Slavicek, whose parents were spending the night after fleeing their home. “Now there’s clean up. So this is far from over.” 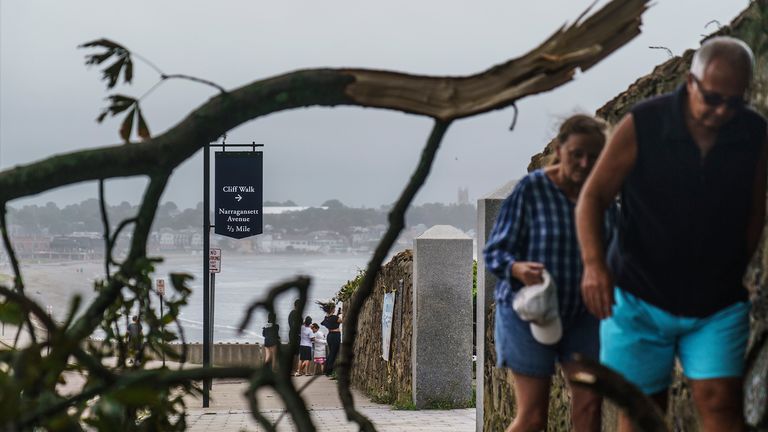 The National Weather Service recorded what could be the wettest hour ever in Central Park, as 1.94 inches of torrential rain fell between 10pm and 11pm on Saturday.

Some communities in central New Jersey had seen up to eight inches of rain by midday on Sunday. 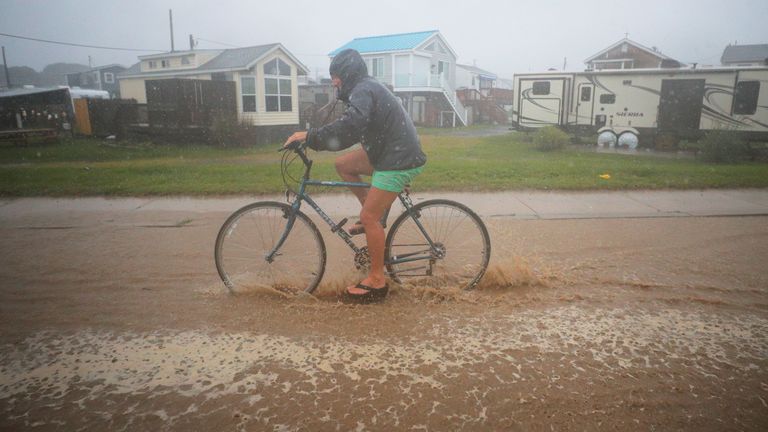 “We’re doing everything we can now to help those states prepare, respond and recover,” the president said.

He also offered condolences to Tennessee, after severe flooding from an unrelated storm killed at least 22 people and left dozens missing. 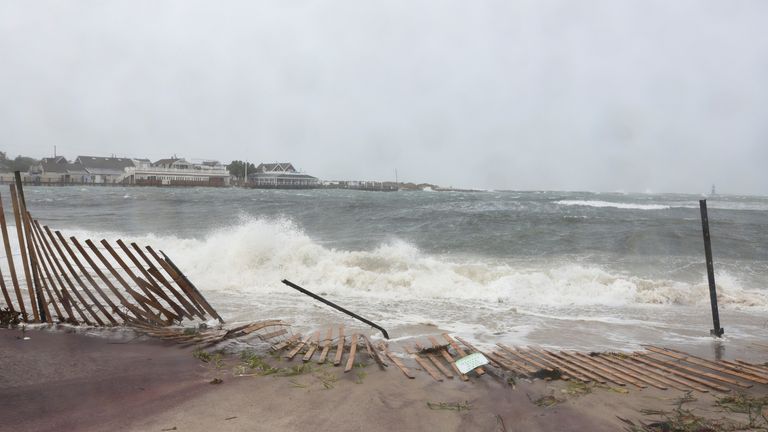 Around 250 residents from four nursing homes on the shoreline had to be relocated, while several major bridges in Rhode Island were briefly closed and some coastal roads were nearly impossible to use.

The hurricane centre predicted that Henri will pass back through New England and sweep out into the Atlantic in the next couple of days, where it “will lose its identity”. In the meantime, areas from northeast Pennsylvania to New England are preparing for heavy rain.