WhatsApp tells Roger Torrent his phone had been broken into with an Israeli spyware, prompting him to raise alarm. 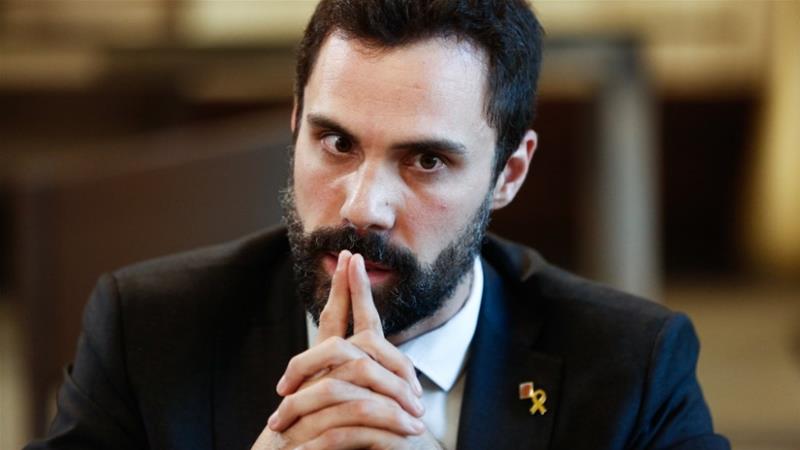 The pro-independence speaker of Catalonia’s regional parliament Roger Torrent has said he had been the target of political espionage via phone-tapping, accusing the Spanish government of being either complicit or negligent.

Torrent on Tuesday demanded an official investigation into the incident, saying in a televised statement: “It’s important for the truth to come out.”

The development came shortly after the Guardian and El Pais newspapers wrote on Tuesday that Torrent and two other separatists were warned by Facebook’s instant messaging service WhatsApp that their phones had been broken into with spyware called “Pegasus”, made by Israeli company NSO Group.

NSO, whose customers include law enforcement and governments around the world, declined to say whether it had sold its Pegasus software to Spain.

It said the software is operated “solely by authorised government agencies to fight terror and serious crime, and protect public safety”.

The Guardian, without citing a source, said WhatsApp believed the attacks in Spain occurred over a two week period in April to May 2019, when the 1,400 users were allegedly targeted by the spyware.

“In Spain, political espionage is being carried out against political adversaries,” Torrent said.

“If the Spanish government had knowledge of this, it would have been complicit in a crime. If it had no knowledge of it, it would be a very worrisome symptom of political negligence and lack of awareness of alleged illegal practices.”

The Spanish prime minister’s office said on Tuesday that the government was “not aware” of any such spying and added: “Any intervention on a mobile is always carried out in accordance with the law that requires judicial authorisation.”

A spokesman for Torrent said he was “not involved in criminal activity such as terrorism or drug trafficking that would justify a judicial order to intervene on his phone”.