A SPACEX capsule carrying four astronauts departed the International Space Station late Saturday, ending their five-month mission as they prepare to return to Earth in a rare late-night splashdown.

It would be the first US splashdown in darkness since Apollo 8′s crew returned from the moon in 1968 – and only the third in history. 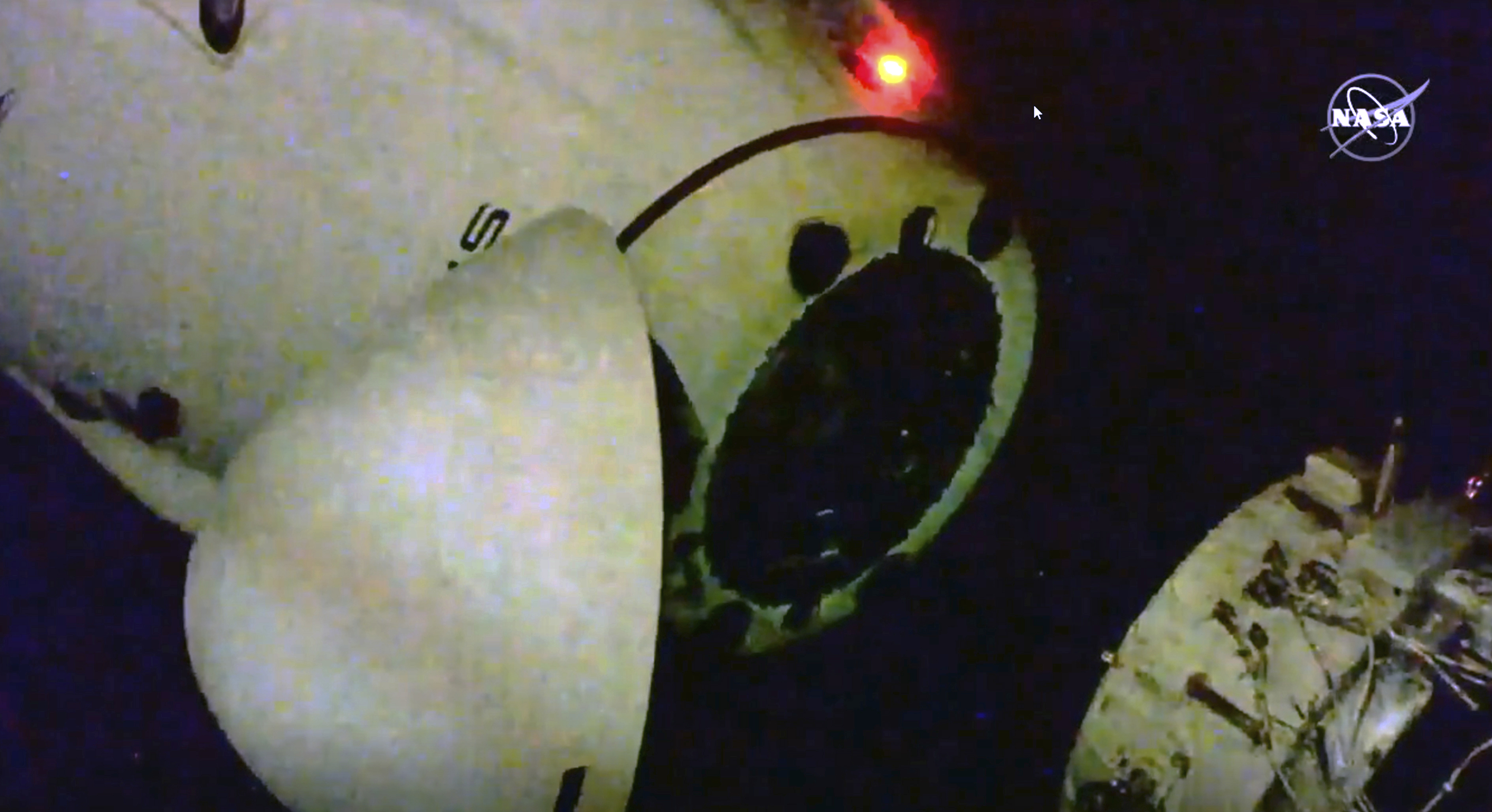 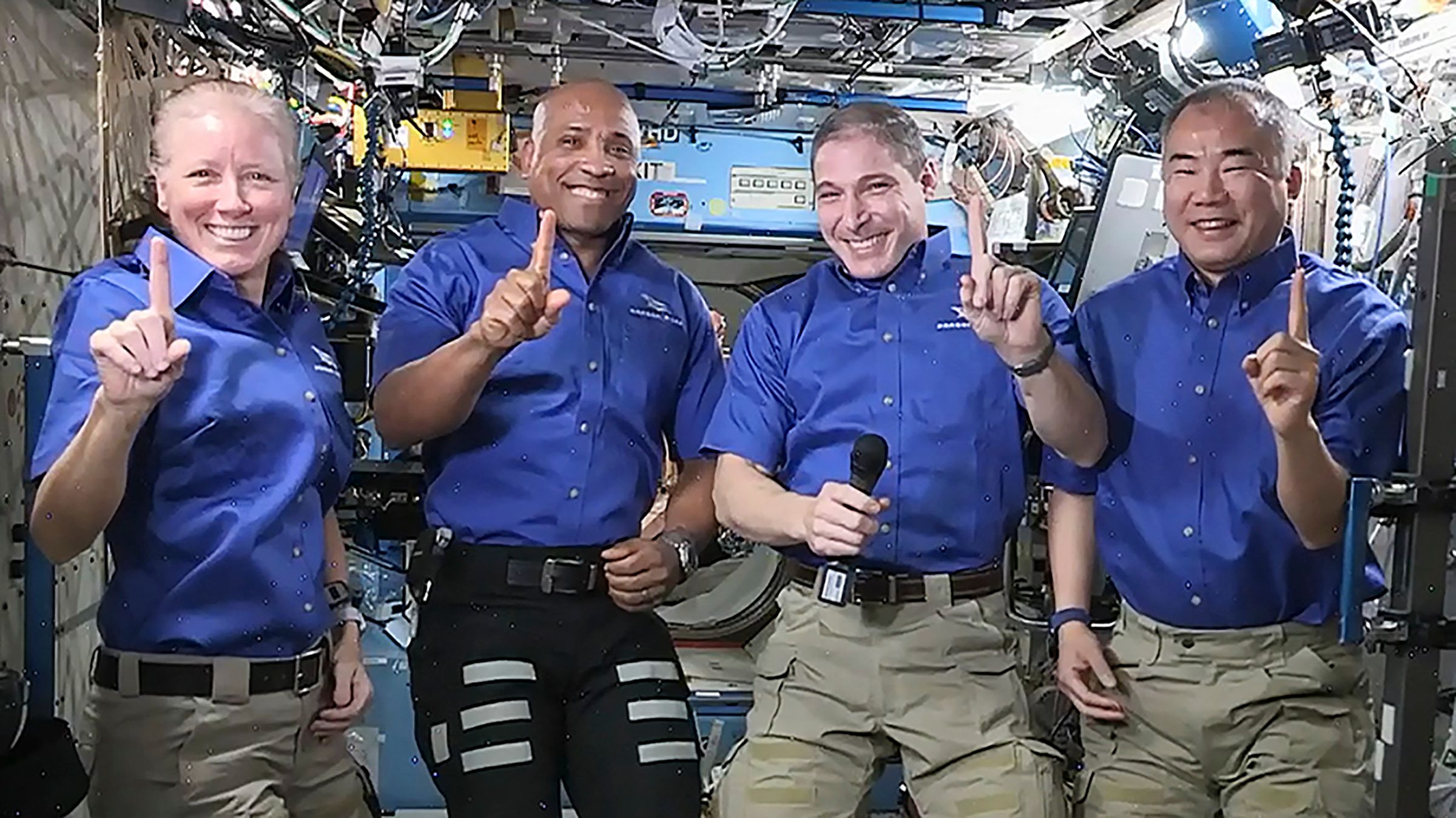 NASA’s Mike Hopkins, Victor Glover and Shannon Walker, and Japan’s Soichi Noguchi, climbed aboard the same SpaceX Crew Dragon capsule that first brought them to the space station back in November.

The astronauts set a record for the longest time in space by a crew that launched aboard an American-built spacecraft.

With the historic mission drawing to a close, the quartet's journey back to Earth is expected to take just six-and-a-half hours.

They undocked from the ISS at around 8.37pm ET 260 miles above Mali.

They're expected to splash down off the coast of Florida early Sunday around 2.57am ET.

"Thanks for your hospitality,” Hopkins radioed as the capsule departed. 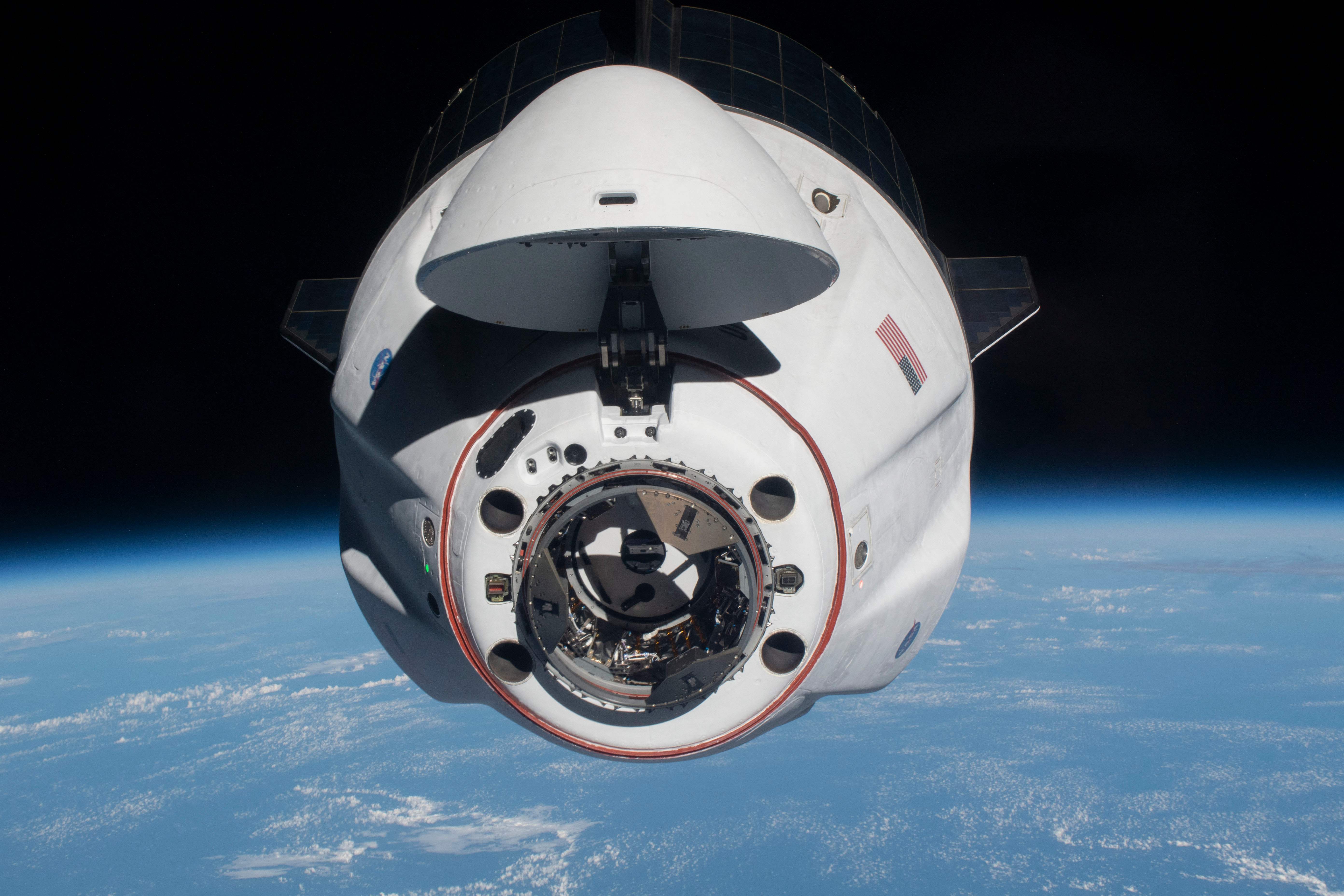 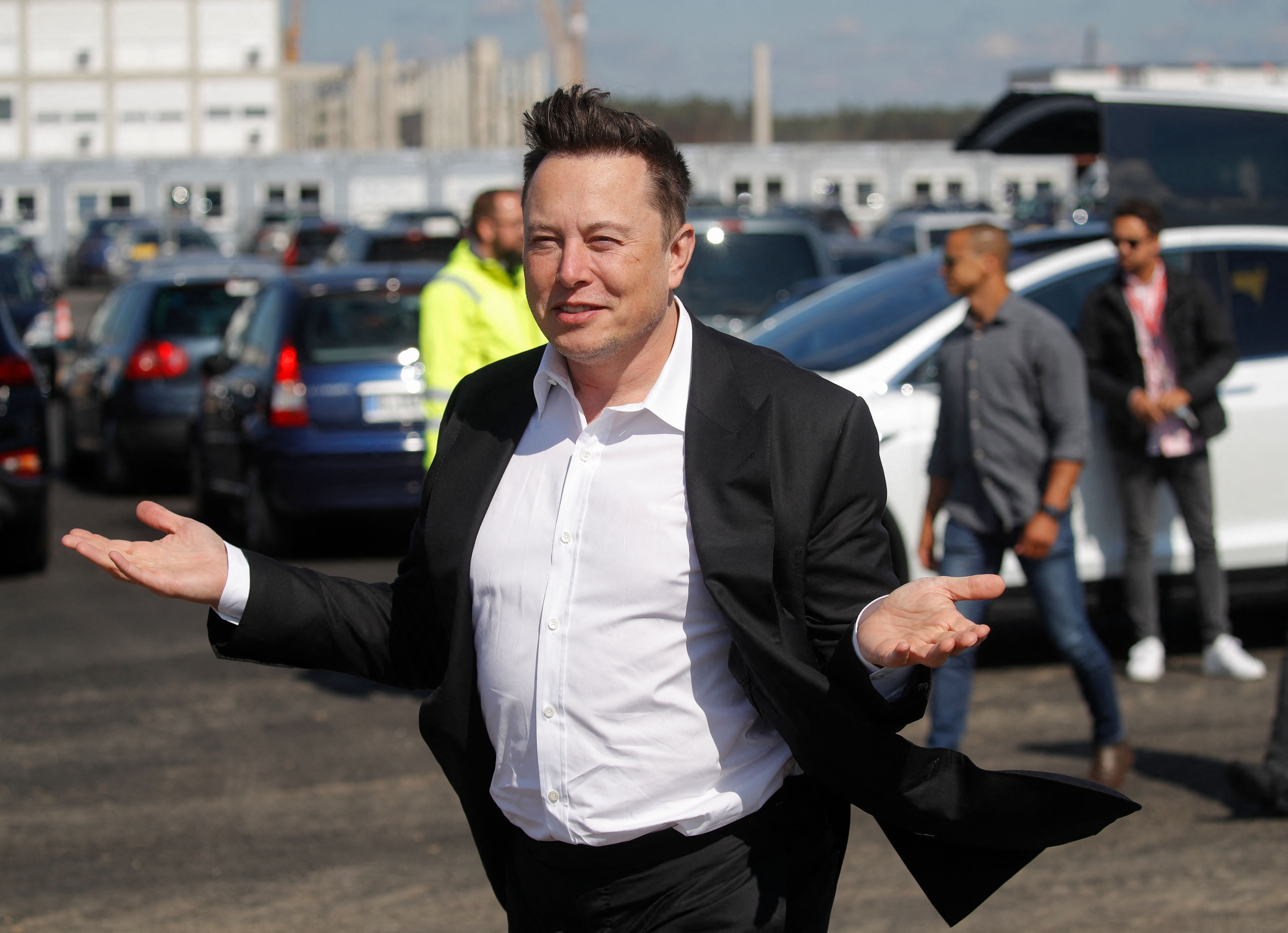 Despite the early hour of the estimated arrival, the Coast Guard deployed extra patrols — and spotlights — to keep any night-owl sightseers away. The capsule of the first SpaceX crew was surrounded by pleasure boaters last summer, posing a safety risk.

As the spacecraft approaches Earth's atmosphere, it will fire up its onboard engines to start its safe descent.

It will then deploy a series of parachutes to slow its speed before splashing down off the coast of Florida.

Recovery crews will race to secure the Crew Dragon, haul it on board a company recovery ship and help the astronauts out of the spacecraft on stretchers, as they begin re-adjusting to gravity after five-and-a-half months in weightlessness.

Following medical checks and phone calls home, the four crew members will then be flown back to the Johnson Space Center in Houston by helicopter. 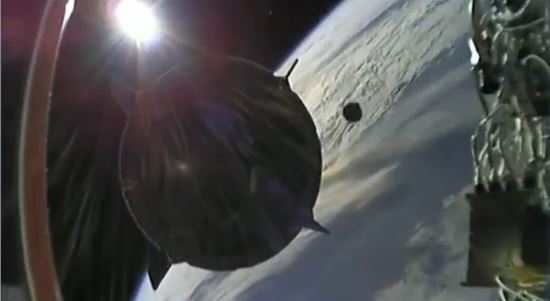 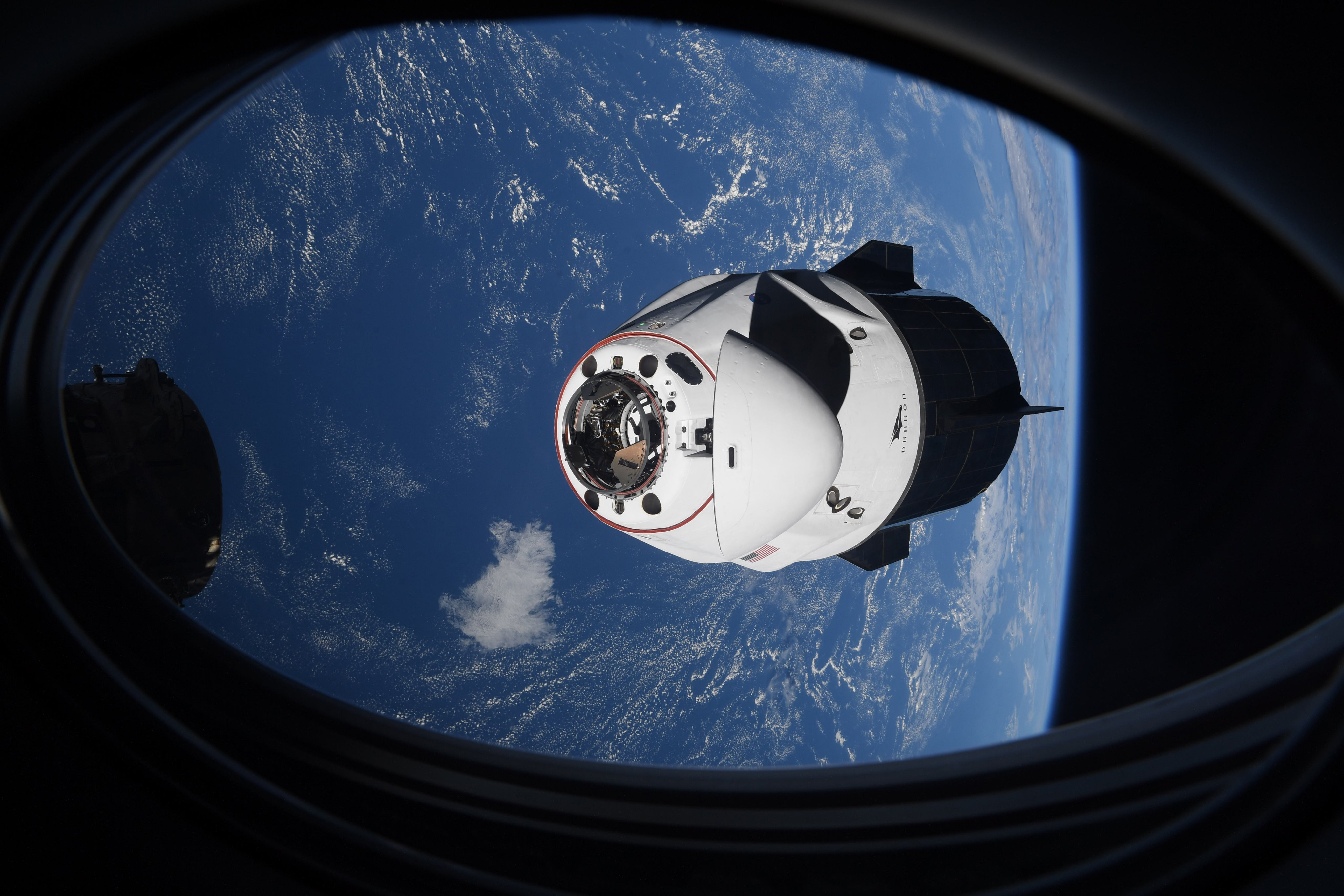 Hopkins, the spacecraft commander, rocketed into orbit with his crew on November 15 from NASA’s Kennedy Space Center.

Their replacements arrived a week ago aboard their own Dragon capsule — the same one that launched SpaceX’s first crew last spring.

The four should have been back by now, but high offshore wind kept them at the space station a few extra days.

SpaceX and NASA determined the best weather would be before dawn on Sunday morning.

The delays allowed Glover to celebrate his 45th birthday in space Friday.

“Gratitude, wonder, connection. I’m full of and motivated by these feelings on my birthday, as my first mission to space comes to an end,” Glover tweeted.

The US spent nearly a decade without the ability to launch astronauts into space, following the retirement of the Space Shuttle Program in 2011.

In the meantime, NASA was forced to rely on Russian Soyuz spacecraft to get astronauts to the ISS.

For the first time in the agency's history, the design, development and testing of new human-rate space craft was surrendered to the private secotr.

NASA awarded SpaceX and Boeing fixed-price contracts worth $2.6 billion and $4.2 billion, respectively, as part of the program.