Tories ‘absolutely kidding ourselves’ if they think sorting out Brexit will keep them in power, warns Sajid Javid as he says divided party looks ‘incompetent’ after months of brutal civil war

Sajid Javid warned the Tories today that the party was ‘absolutely kidding ourselves’ if it believes getting Brexit sorted will guarantee it stays in power.

The Home Secretary warned ‘the hard bit is yet to come’ as he joined a host of leadership rivals in central London, acknowledging that the Tories are divided and look ‘incompetent’.

He warned that delivering Brexit was ‘something that we should have done anyway’ and  the damage done by months of chaos and delay during the brutal Tory civil war might be long-lasting.

As Dominic Raab, Matt Hancock and Jeremy Hunt supporter Penny Mordaunt looked on at an event hosted by the Centre for Policy Studies (CPS) think tank he said: ‘If we think that we can win the next election just by delivering something that we should have done anyway, we are absolutely kidding ourselves.’ 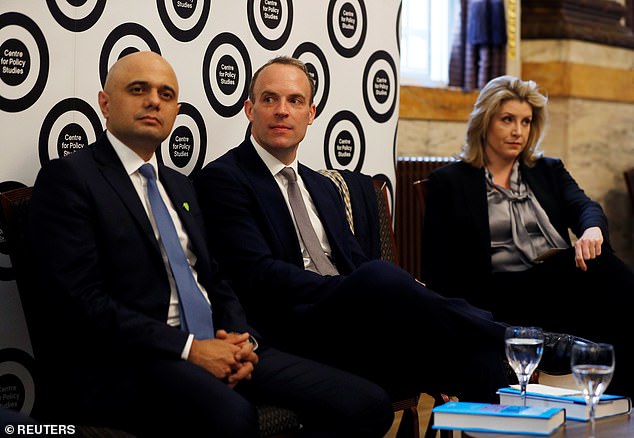 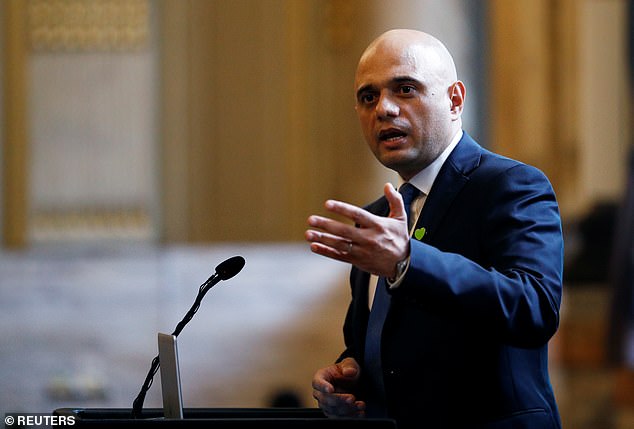 Mr Javid, who spoke alongside Mr Raab and Mt Hancock, added that the party can have a bright future if it harnesses the ‘energy’ of those within its ranks.

The event was organised to launch a volume of essays, Britain Beyond Brexit. Mr Javid, whose essay warns that the party must do more to attract young and ethnic minority voters, said delivering Brexit is about more than just leaving the EU.

He added: ‘That’s the easy bit. The hard bit is yet to come. Because we’ve got to reflect why so many people voted the way that they did in the biggest democratic exercise this country has ever seen.’

Mr Raab agreed, saying Brexit is a ‘necessary condition, not a sufficient condition, for winning the next election’.

He added: ‘But we should be under absolutely no doubt after Peterborough and the European elections. We will not get a hearing for all of the brilliant stuff in this book unless we deliver Brexit by the end of October.’

Mr Hancock described himself as having the ‘drive’ and ‘enthusiasm’ to be the next prime minister, but added that he is confident the party can succeed no matter who the next leader is.

In his essay, Mr Javid said the party must tackle the forces of ‘hate and nationalism’ and support a ‘modern, tolerant, global Britain’.

Health Secretary Mr Hancock focused on the power of technology and innovation to deliver prosperity in his essay, while Mr Raab argued that the Tories must have a pro-enterprise message, supporting ‘buccaneering free traders’ around the world and taking on vested interests at home.

In a foreword to the collection, Scottish Tory leader Ruth Davidson said that the Brexit impasse meant the Conservatives had failed to address some of the ‘massive challenges’ facing society.

‘Unless the Conservatives start to focus on that bigger picture, we could well find ourselves out of power for a generation,’ she warned.