Sixteen women sue the FBI claiming they were kicked out of Quantico because they were women and list range of complaints including being ‘badgered for sex by male agents, berated and told to reflect on their weaknesses by James Comey’

Sixteen former and current female FBI recruits and analysts have sued the bureau alleging gender discrimination and sexual harassment in a class action lawsuit that includes emails from James Comey.

The women filed their lawsuit in federal court on Wednesday night. Of the 16 plaintiffs, seven still work at the bureau. Five have agreed to be named but 11 have not.

Most say they were unfairly stopped from graduating to become Special Agents, often just days before they were due to graduate. They complain that they were penalized for making mistakes that their male counterparts got away with.

One woman, a Native American with a disability, says she was sexually harassed and ridiculed for her disability.

Some allege they were badgered for sex by male recruits at Quantico while completing their agent training and even allege that they had to go back to their rooms with an escort at night because they were often followed.

Others say they were unfairly penalized for behavior their male colleagues got away with and some allege they were discharged by the academy and stopped from going into the field without sufficient explanation within a week of graduation.

On Thursday morning, 10 of the women appeared on NBC’s Today show to discuss the case. 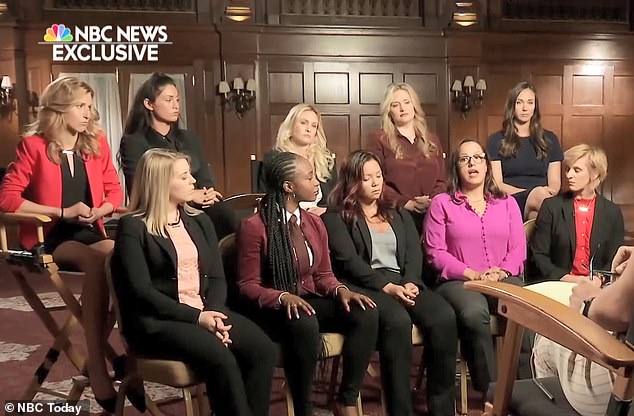 Ten of the 16 women who are suing the FBI for gender discrimination and sexual harassment, claiming they were unfairly hurled out of Quantico weeks before graduating purely because they were women

Among them was Lauren Rose who claims she was discharged from the academy in 2015 a week before she was due to graduate.

She was given no reason for it, she said, and when she complained she was told by one of her superiors there was a problem with her ‘attitude’ during a review board presentation.

Rose complained to then FBI director James Comey who denied discrimination and sent her a letter telling her to use ‘her pain to reflect on her strengths and weaknesses’, according to the lawsuit which DailyMail.com obtained on Thursday.

She is still employed by the FBI but it is not clear what her role is.

Paula Bird, who now works for the bureau as an Operational Support Technician, said she was unfairly dismissed from the academy for not using a flashlight during a training exercise.

She claims her male colleague who was also part of the exercise was not given the same warning.

She was dismissed along with another Asian female. They were forced to go before the review board along with a male trainee who passed and was allowed to graduate.

She claims that the male trainee was later told that he was only brought into the hearing for appearances’ sake and that the board did not want to look as though it was targeting women.

Clare Coetzer  says she was discharged three weeks before she was due to graduate in 2018.

Erika Wesley is a Native American woman who says she was mocked for her disability and sexually harassed during training. She does not divulge what the disabilities are. 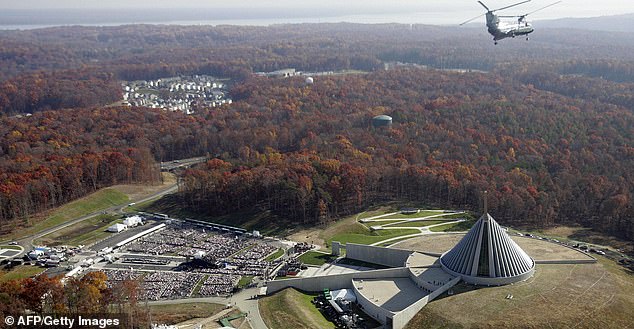 The women all trained at Quantico, the FBI’s training facility in Virginia, but they say it is an ‘old boys network’

Among her complaints is that she was threatened with dismissal for tying her jacket around her waist and for reporting another woman being harassed.

One of counselors, she claims, repeatedly told the academy that she had become pregnant from an extra-marital affair which she says was untrue.

She was also subjected to ‘frequent sexually-charged commentary’ by male colleagues, including ‘women needing to take their birth control to control their moods, inviting female trainees over to a male instructor’s home for “after hours attention”.

One woman, who does not give her name in the lawsuit, said she was disciplined for parking in the wrong section of the parking lot when it was full.

She says she was later told that she was a ‘distraction’ to agents and that her entire personality ‘was a character flaw.’

She says she was repeatedly sexually harassed. Once, a 55-year-old agent ‘slipped’ him her phone number, she says. 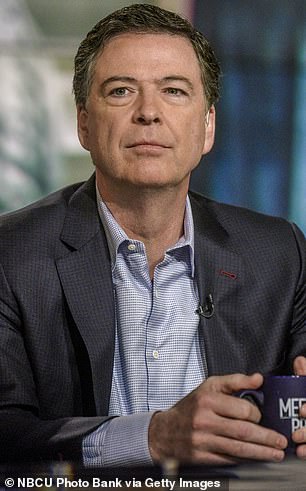 On another occasion, two men tried to convince her to sleep with them in the back of a car.

Others tried to convince her to ‘sneak up’ to empty rooms to have sex with them. One sent her 15 texts a day until she told him to stop.

She claims she had to have a friend escort her back to her room because a different man had been following her home.

Instructors and counselors would ‘regularly’ tell her that she had to smile more, she added.

The lawsuit claims that a Senior Special Agent made racist and inappropriate jokes including calling the only black female trainee that with braids ‘spaghetti head’, referring to his ‘little blue balls’ and saying female FBI informants were unreliable because they were ’emotional’ and slept around.

An African American former student who referred to herself as D.A. said she was routinely singled out and embarrassed.

Another woman, who is referred to only as ‘S.B’, said she was once reprimanded for being ‘argumentative’ when she questioned an instructor about something she had been told she’d done wrong.

She says she was ‘cornered after class’, ‘yelled at’ and cursed at ‘for having an attitude problem and being too argumentative.’

One woman in the suit is a former Marine who served as a radio operator in the Iraq war.

Another was cited for bringing water into a classroom and not swallowing a small piece of food before she entered a class. Another says that a male boss told her she was going to become his ‘special project.’

She later learned from a classmate that he had made a derogatory comment about women while chastising a male trainee who he told: ‘You are no better than a f****g female.’

In their complaint, they say collectively: ‘The FBI has intentionally allowed the Good Old Boy Network to flourish unrestrained at the FBI Academy.

‘Training Division staff, including instructors, supervisors, field counselors, managers, and review board members, frequently dismiss mistakes made by male trainees as isolated incidents, determine male trainees to be retrainable, and retain them at the Academy at a disproportionately higher rate than their female trainee counterparts.’

The bureau said in a statement: ‘While we are unable to comment on litigation, the FBI is committed to fostering a work environment where all of our employees are valued and respected.

‘Diversity is one of our core values, and to effectively accomplish our mission of protecting the American people we need people of different genders, backgrounds, experiences, and perspectives.’