Six men, including four police officials, have been found guilty over the rape and murder of an eight-year-old Muslim girl in Indian-controlled Kashmir.

The group, who are all Hindu, were involved in an attack on the child from a community of nomadic herders.

Judge Tejwinder Singh found at least some of the six guilty of rape and murder in the region of Jammu and Kashmir, but it was not immediately known if all of them were. 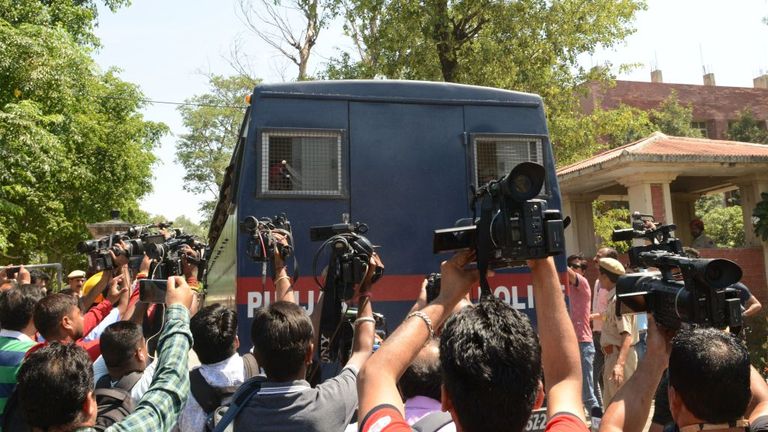 One person was acquitted due to lack of evidence.

At least some of the men are expected to be handed the death penalty during sentencing later.

The men were also found guilty of destroying evidence in the case, which caused outrage in the country and exacerbated tensions in disputed Kashmir.

The Muslim-majority region is where rebels have been fighting for years for independence or unification with Pakistan and there is great distrust of the government.

Conflict has been brewing in recent years between Muslim nomads and local Hindus over land disputes.

The girl was with her family’s ponies in the forests of the Himalayan foothills when she was kidnapped in January last year.

She was later drugged and sexually assaulted as she was held captive in a small village temple in Kathua for a week.

The girl was then strangled and battered to death with a stone.

Her raped and mutilated body was found in the woods a week later. 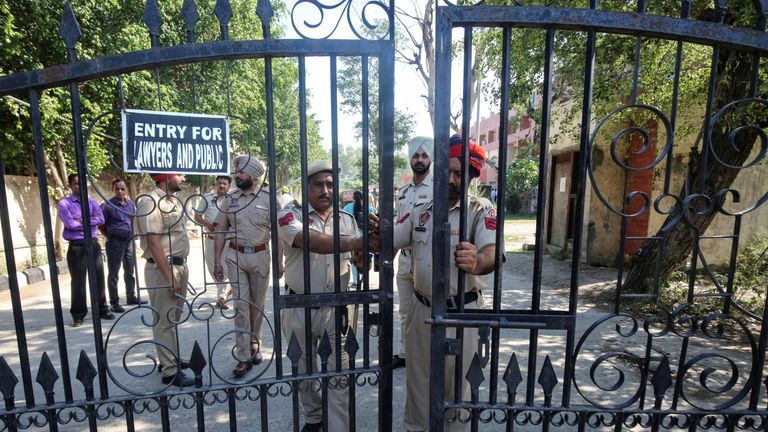 Police say the attack had been planned to terrify the Bakarwals community, which roams the forests of Kashmir, into leaving the area.

Mohammed Akhtar, the girl’s father has said the men should be “punished speedily, not just convicted”.

“Our family has gone through hell.

He added: “Our hearts are bleeding. These beasts should be hanged.”

The trial was shifted to neighbouring Punjab state following accusations that local Hindu leaders and politicians were trying to block the investigation into the case.

India has been shaken by a series of sexual assaults in recent years, including the gang rape and murder of a student on a New Delhi bus in 2012.