A SICK woman sent indecent images of a two-year-old girl to a pervert who offered her £5,000.

Abigail Kikke was meant to be caring for the tot – but instead evilly abused her while in contact with a convicted sex offender online. 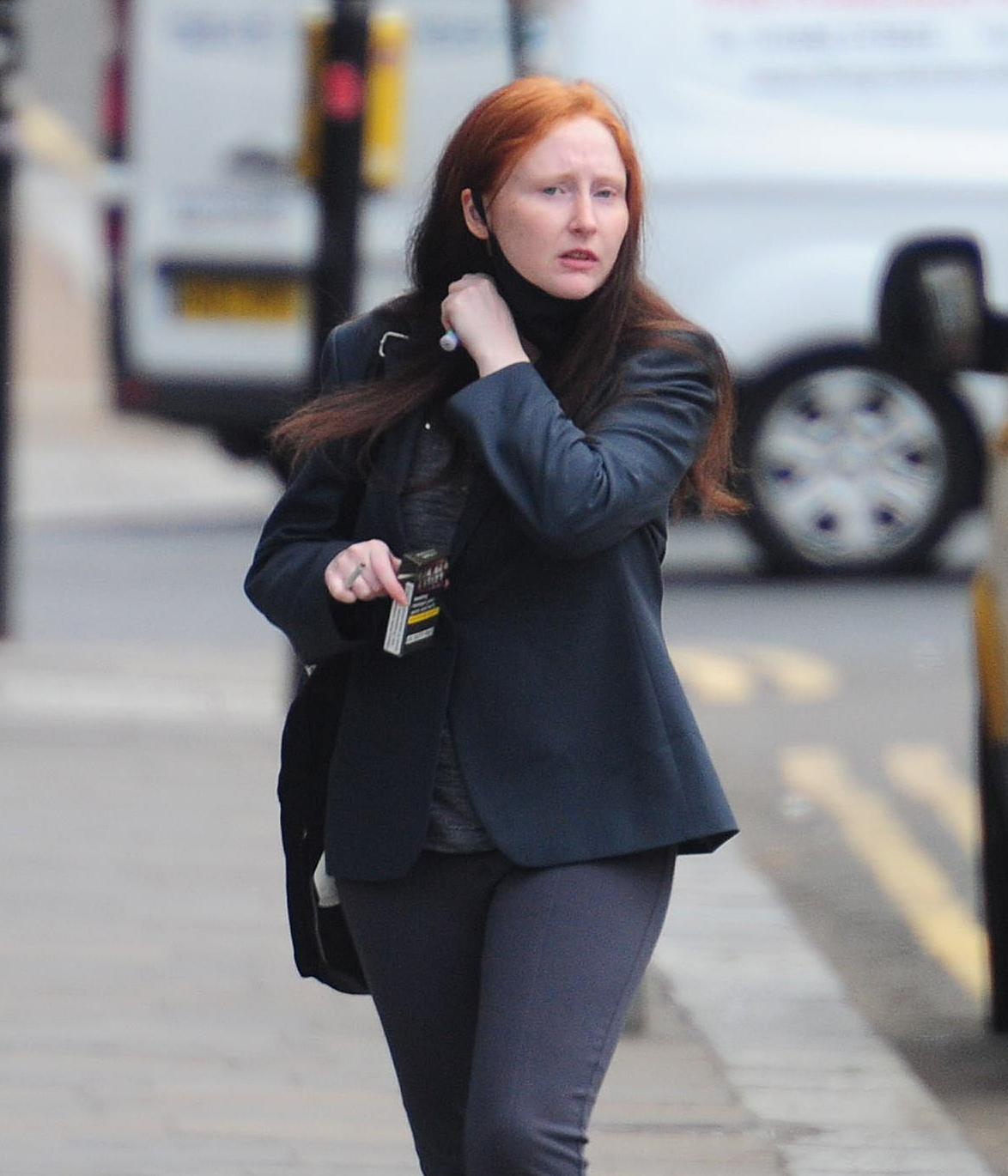 The twisted 27-year-old claimed the stresses of the pandemic had left her in a "dark place".

Cops found a sickening haul of 69 perverted images on Kikke's phone after raiding her mother's home in Condorrat, Cumbernauld, in March 2020.

The two-year-old girl featured in 11 of the still and moving images.

Kikke today pled guilty at the High Court in Glasgow to sexually assaulting the girl and distributing images of her and other children.

She also admitted taking or permitting to be taken indecent images of children and possession of indecent photographs.

The court heard how police had received intelligence that Kikke had been distributing indecent images of the girl via the social networking app 'Kik'.

One disturbing video, lasting 1 minute and 58 seconds of them both, was recovered.

Investigators were able to trace the warped 27-year-old through her internet address, seeing cops swoop on her mother's home.

The house was searched while the baby was asleep in a cot and a variety of devices were seized.

Kikke's phone was found to contain 69 indecent still and moving images – 11 of which featured the girl.

All of the content had been created between March 18 and March 26 and some of the images had earlier been deleted by Kikke.

One horrific video seized was an extended version of the video that officers had previously found on Kik, which lasted five minutes.

The youngster's devastated father let out gasps and cries as the extent of the circumstances were explained in court.

Prosecutor Shanti Maguire said: "One of the images had been sent by the accused to an internet user known as 'Daddy'."

Other images on the phone showed children as young as three to four years old up to 14-years-old.

Kikke was also found to have conversed with another internet user, known as 'Hollow', who asked her to perform sex acts on the girl.

Miss Maguire continued: "She told 'Hollow' that she sent 'Daddy' images of her and the girl and that he was willing to pay her £4,000.

"Between March 22 and 23 she corresponded with a user she addressed as 'Daddy' at his request.

"During their conversation she told him she was in debt, self isolating and struggling with no human contact other than phone.

"He claimed he would send her £1,000 and in subsequent messages he claimed to be a successful stock trader who would take the woman and girl abroad on holiday."

Kikke responded by sending pictures of the girl in a nappy and further indecent image.

The court was also told how she had communicated with an internet user named 'gs1177 Mike D'.

The pair chatted about children before he told Kikke he was "sexually aroused."

She sent images of the girl to him while she received an image of a male and female children.

Miss Maguire explained: "The user has been identified as 43-year-old man Gary Smith, who lived in Wigan.

"He has since been convicted at Bolton Crown Court of sexual offences including ones arising from his conversation with Kikke.

"He was sentenced to six months for distribution of images and attempting to arrange or facilitate the commission of a child sex offence for which he received 32 months imprisonment."

"These offences took place at a black point in her life," he said.

Kikke, of Clackmannanshire, showed no emotion as she was remanded in custody in the meantime.