A series of deaths has shone a spotlight on how police respond during a mental-health crisis. Is there a better way?

The last words Renee Korchinski-Beals spoke to her older sister Regis Korchinski-Paquet were “I love you.”

Hours later, she learned her sister had died after falling off a balcony on the 24th floor of her apartment building in Toronto after police had been called to her apartment.

What happened between police arriving on the scene and Miss Korchinski-Paquet’s death is currently the subject of an investigation by the Toronto Police Service watchdog, the Special Investigation Unit (SIU).

Her family says they called police because she needed help and was in a mental-health crisis; It is not clear what prompted the call but Miss Korchinski-Paquet has had epileptic seizures for the past five years and she had two that day.

Her mother says she hoped an officer would help get her daughter to the Centre for Addiction and Mental Health (CAMH), the city’s main mental-health hospital.

Miss Korchinski-Paquet’s death was not an isolated case. Between April and June, at least three other people of colour in distress were killed by police across Canada, including:

In April, 26-year-old D’Andre Campbell was shot by Peel police, who had been called because of a “domestic situation”. Mr Campbell’s family has said he suffered from mental-health problems.

In June, Rodney Levi was killed by New Brunswick police while he was visiting his pastor, who says the 48-year-old was seeking help for mental-health issues.

Also in June, Peel police shot Ejaz Choudry after paramedics were called. The 62-year-old man suffered from schizophrenia, according to his family, and had locked himself in his apartment with a knife.

Their deaths have inspired protests to end police violence in Canada as the Black Lives Matter movement gains support, and prompted calls – including from national mental-health leaders and politicians – to remove police from the front lines of mental-health crises. 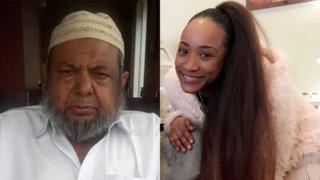 In a public letter, the leaders at CAMH, the largest mental-health hospital in the country, have urged for an alternative to police acting as mental-health first-responders, citing a lack of training and the potential for criminalising mental-health disorders.

“Recent events have exposed the tragic outcomes that can occur when people with mental illness experience a crisis in the community,” the letter read. “Racism and anti-Black racism compound these crisis interactions.”

This sentiment is gaining traction within mainstream politics as well, as cities from Toronto to Oakland, California, search for alternatives to police during mental-health crises.

What do we know about fatal encounters with police?

Overcrowded mental-health wards, long waiting lists to receive psychiatric care and a lack of community services mean that when someone is in distress, it is often police who are the first to respond, according a 2016 report by the Canadian Mental Health Association.

In Toronto, Canada’s most populous city, police get roughly 80 mental-health calls a day, or 30,000 out of 1 million calls a year.

Only a small fraction of those will be fatal. These numbers only include calls identified as being mental-health related before police arrive. The actual number of calls to police involving people in distress is likely higher.

But when police do kill, the victim is more likely to be suffering from mental illness. A November 2016 study published in the American Journal of Preventative Medicine estimated that 20% to 50% of fatal encounters with law enforcement involved an individual with a mental illness.

What do we have now?

In response, many police departments have created teams that partner police with mental-health workers.

Since 2014, Toronto has had mobile crisis intervention teams (MCIT) made up of an officer and a nurse responding to mental-health crises.

These teams are trained to help de-escalate situations when people are in distress, and how to refer people to appropriate community and health services.

They do appear to have some success. A 2015 Toronto report found the MCIT teams were more likely to get people to go to hospital voluntarily, and injuries to clients, crisis responders, or others occurred in only 2% of interactions.

But the programme has its limitations, says Vicky Stergiopoulos, one of the authors of the report on the MCIT programme and the Physician in Chief at CAMH.

She is now part of the team of doctors and staff at CAMH calling for police to be removed from the front lines.

She says the main issue with programmes like the MCIT in Toronto are that police are still being used as first responders.

“If somebody needs emergency medical care they’re not met by police – they’re met by health providers – I think it should be the same for mental health care,” Dr Stergiopoulos says.

In her own interviews with people who have encountered the MCIT team, she says they often felt threatened by the presence of uniformed officers and that can make it difficult for them to be honest about the problems they are facing. Research has shown that uniformed police – with their weapons and handcuffs – can trigger paranoia and escalate a situation.

MCIT teams also only respond to about 20% of the Toronto police’s mental-health calls.

In the case of Miss Korchinski-Paquet, the MCIT unit was not called in. Toronto Police Chief Mark Saunders has said that is because emergency calls led them to believe she may have had a knife and been violent.

Her family’s lawyer, Knia Singh, says she did not have a knife and was not violent when police arrived, and that five to eight police officers entered her apartment shortly before her death.

The family believes the police response contributed to her death.

“When you don’t know who to call, the first person you think is the police because they’re there to serve and protect. Well they didn’t protect my sister,” Miss Korchinski-Beals says.

Perhaps the most radical approach is the one started in the town of Eugene, Oregon, about 30 years ago.

Since 1989, White Bird Clinic has run a mobile crisis intervention programme called Cahoots that sends mental-health care workers and nurses to respond to calls involving people who may be in mental distress.

The programme has grown over the past 31 years from one van to three, expanded to cover both the town of Eugene and the neighbouring city of Springfield, and in the past few years has become available 24 hours a day, seven days a week.

Police are only called in if the mental health team thinks there is a threat to their safety or the safety of the public.

Last year, out of a total of roughly 24,000 calls, police backup was requested only 150 times.

“We’re making that contact as much as possible without police presence”, says Tim Black, the operations coordinator for Cahoots.

He is critical of programmes like the one in Toronto where mental-health workers are only being called in after police arrive.

“They’re only going out to situations where police have already responded and said ‘oh yeah this is really bad, we need to send a clinician’,” he says.

Crisis response around the world

Because the Cahoots programme has been running so long, and policing and mental health awareness have changed so much over the past three decades, Mr Black says it’s difficult to say whether the programme has reduced police fatalities – but fatalities are very low.

Proponents like to note that not only does it save lives, but it saves an estimated $8.5m (C$11.6m, £6.8m) a year by taking on about 17% of the police department’s overall call volume. The programme’s budget is about $2.1m annually, while the combined annual budgets for the Eugene and Springfield police departments are $90m.

Other cities are taking note. Olympia, Washington and Denver, Colorado have received training from Cahoots and are launching their own pilot programmes. Portland, Oregon and Oakland, California are also looking into adopting similar programmes, although they are not off the ground yet.

What do police think?

In Canada, police have pushed back at the idea of civilians being first responders.

Amid calls to defund the police, Royal Canadian Mounted Police (RCMP) Commissioner Brenda Lucki has said she’s in favour of more spending on social services but not if it means cutting from police services.

“When a person is in crisis at 3 o’clock in the morning, when somebody’s wielding a knife and they’re suffering from a mental health crisis, that is not the time to bring in mental health practitioners,” she said. “It’s time for the RCMP to go in, get that person calm, get them to a place of safety, and get them the help they need.”

But the relationship between the police and police-free mental-health response teams doesn’t have to be adversarial, says Mr Black, the Cahoots coordinator.

The programme works closely with the local police and team members do call police if they feel unsafe.

“We are unarmed civilian responders, we don’t carry pepper spray or anything like that. That means our one lifeline is that radio on our shoulders,” Mr Black says.