NASA has released shocking images of toxic 'rivers of gold' showing how illegal mining operations are poisoning the Amazon.

An astronaut on board the International Space Station (ISS) captured the worrying photos while over the Madre de Dios region of south-eastern Peru. 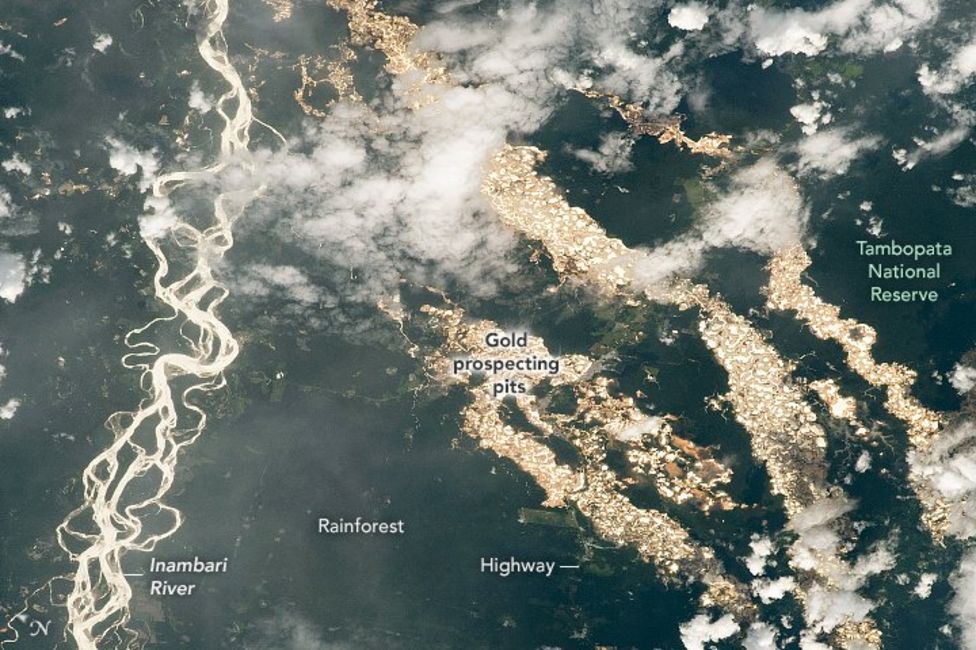 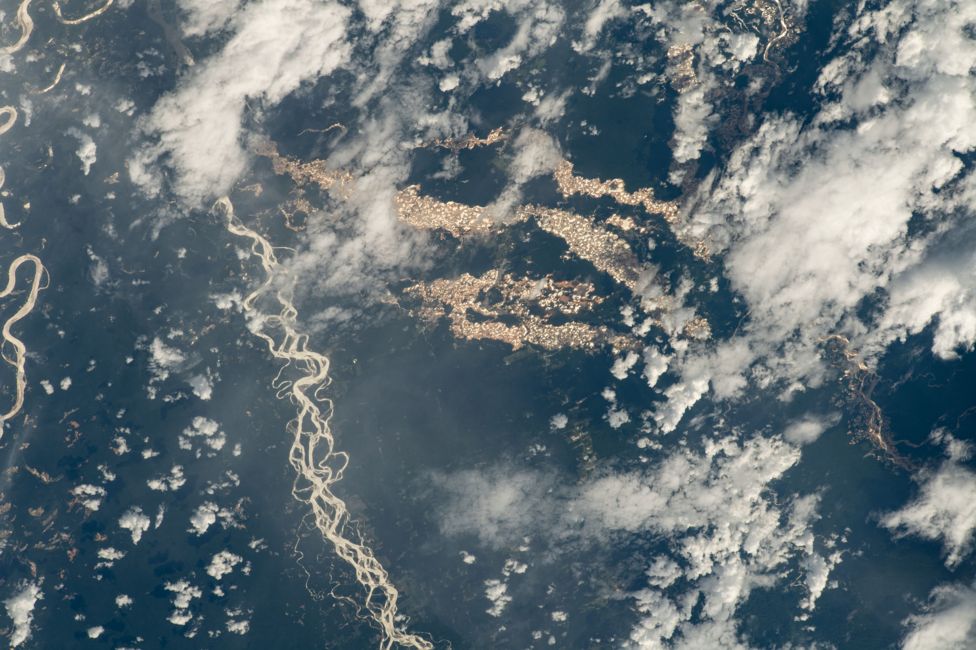 The glittering waterways are actually pits thought to have been dug by unlicensed gold miners, the space agency says.

They are normally hidden from view by the cover of the rainforest but were captured on film after they were illuminated by reflected sunlight.

The digs are poisoning local communities as tonnes of mercuryis used to extract the precious metal and is leaking into water supplies,reports the BBC.

Illegal mining is rife in Madre de Dios, which is home to tens of thousands of hard-up miners trying to scrape a living.

However, the region is an important biodiversity hotspot and the illicit mining has led to deforestation and the destruction of vital habitats.

That part of the Amazon is home to multiple species including monkeys, big cats and rare insects.

The shining pits seen on the images are where miners are currently digging for gold, says Nasa. 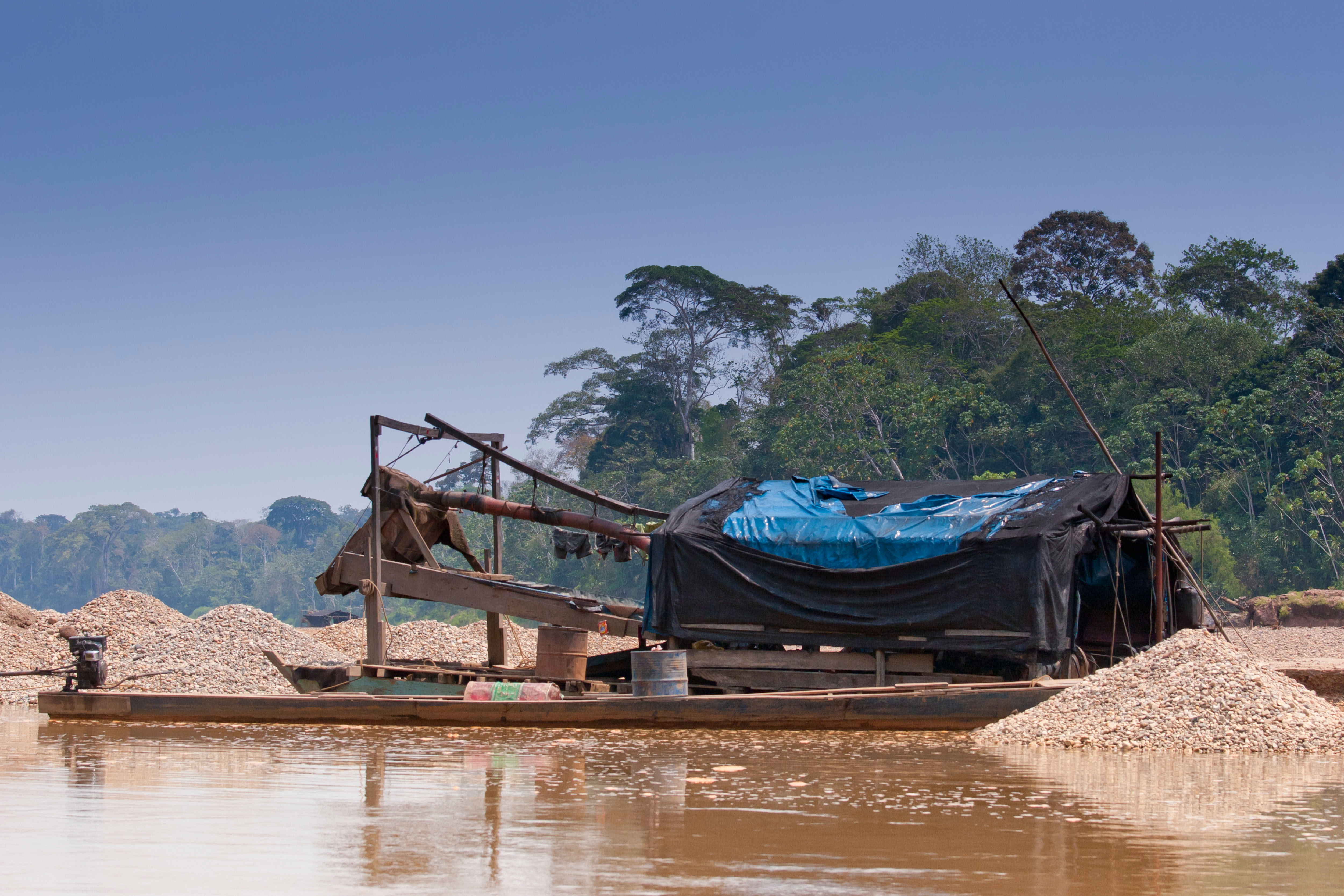 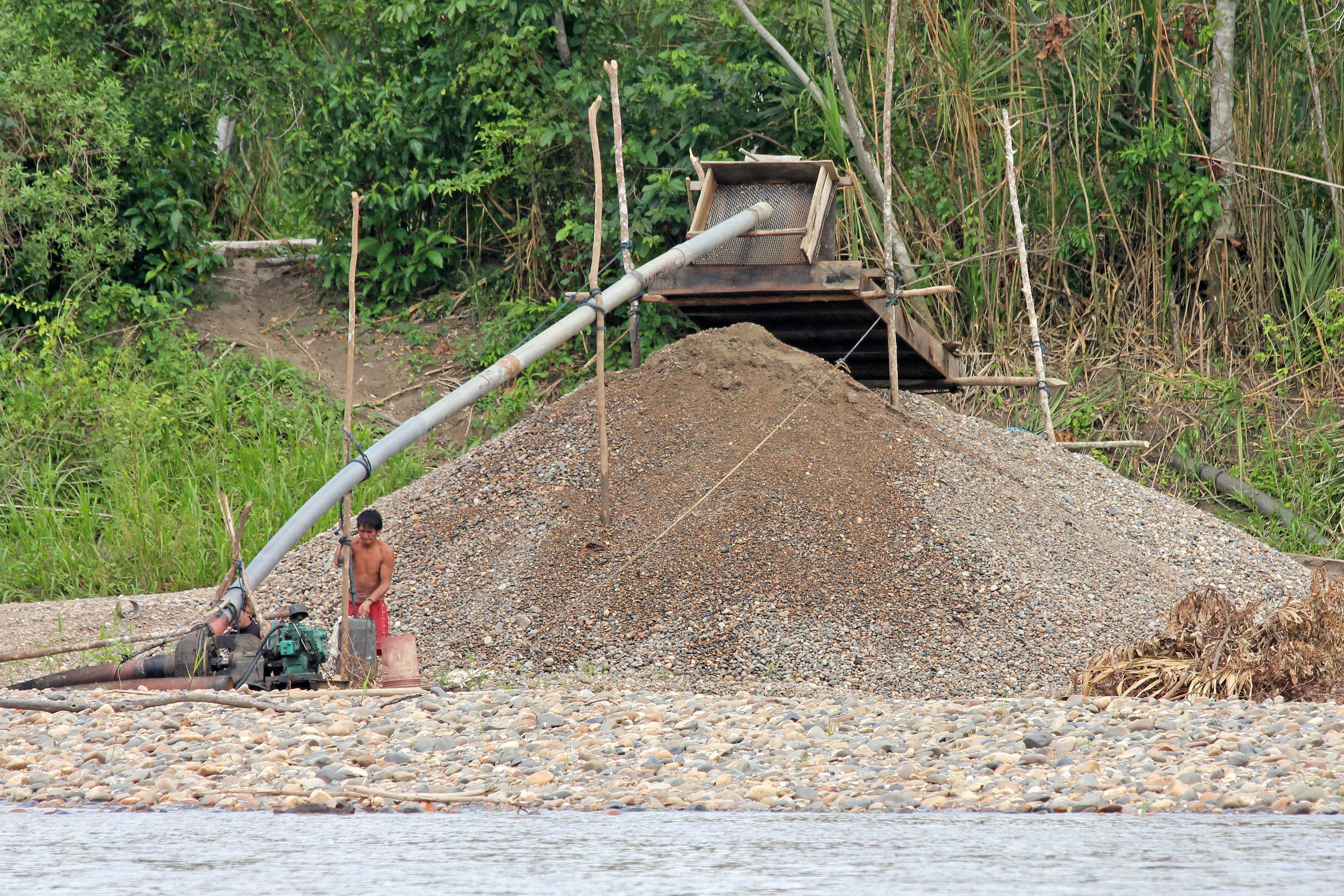 Miners are known to follow the routes of old rivers where sediments containing precious minerals are often deposited on banks.

A study found mining deforestation destroyed an estimated 22,930 acres of Peru's Amazon in 2018.

Peru is the seventh largest gold producer in the world – extracting 120 metric tonnes in 2020.

The U.S. imports around £1.8bn a year, despite the fact that an estimated 20 per centof it is illegally mined.

Government officials estimateas many as 40,000 illegal miners have cleared trees and dug pits infusing the ground with mercury.

A survey of Sun readers for our Green Team campaign showed that 73% were more concerned about the environment than they were five years ago.

And one in five have changed their habits because of something their children or grandkids said about green issues.

We want to know what your kids think about the environment, climate change and the future of the planet. What are their concerns, and what would they like to change? Add your child's comments here. We will print the best.