A SHAMELESS trophy hunter who caused outrage after she killed a rare black giraffe has said ate the animal and turned its skin into a gun case. 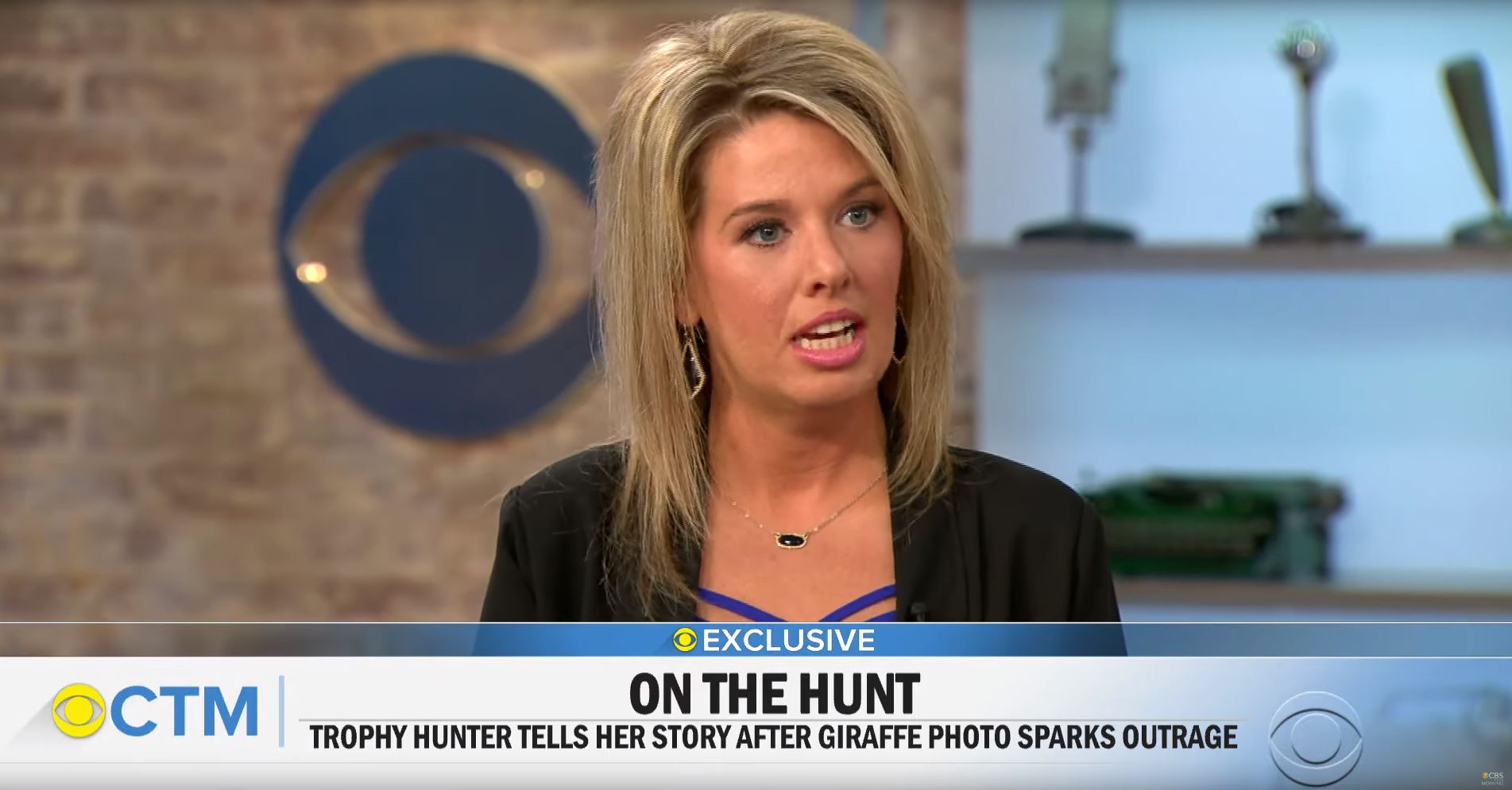 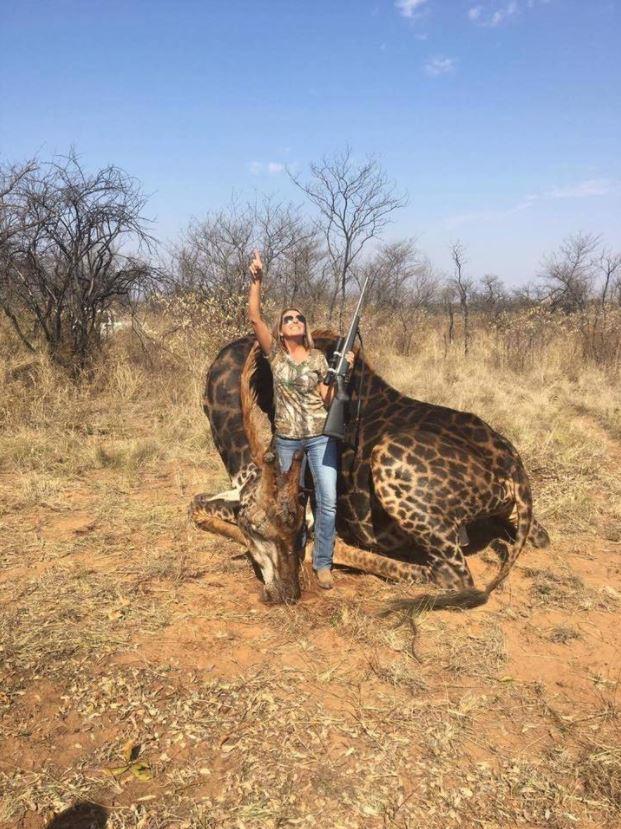 She said: “They [animals] are put there for us, we harvest them, we eat them.”

As part of the segment Talley was seen at her home in Odessa, Texas, dressed in camouflage gear and shown killing a wildebeest on a wildlife ranch.

When she was questioned about killing the black giraffe during a trip to South Africa, she laughed and said: “He was delicious.”

Talley then displayed the gun case she had made, using the dead giraffe’s skin.

She said: “This is a part of the black giraffe that I shot, something I could take around with me, and have on my hunts.”

“I also have decorative pillows made out of him, and everybody loves them.”

Talley also took part in a live studio debate with a group of panellists, including Gayle King.

During the discussion Talley claimed her hunting trips were actually helping the animal world, rather than harming it.

She said: “We are preserving… we are managing herds, we're managing numbers of wildlife.”

'I AM PROUD TO BE A HUNTER'

Talley later added: “I am proud to be a hunter, and I'm proud to hunt, and I am proud of [killing] that giraffe.”

She became notorious in July last year after she struck a series of celebratory poses next to the corpse of the dead giraffe.

At the time she hinted she had received threats since the pictures, which were taken in June 2017, were posted online by an account called Africa Digest.

It said: “White American savage who is partly a neanderthal comes to Africa and shoots down a very rare black giraffe courtesy of South Africa stupidity."

And he raged on Facebook: "I'm sick of Trophy Hunters trying to excuse their grim sport by saying they provide a service.

Big game hunting is permitted in most African nations because governments say the revenue it generates helps fund conservation efforts.

Wealthy hunters, mostly from America, pay up to £60,000 to track and kill a fully grown elephant. Other animals popular with trophy hunters are lions, leopards, rhinos, buffalos and deer.

Every visitor must purchase a licence to hunt. A licence for an elephant, for example, is more costly than one for a lion.

Some nations completely outlaw big game hunting. Botswana, for example, argues it can become an exclusive tourist destination that brings in more cash than it loses from the hunting ban.

"Imagine a vet paying you to put down your dog and then taking a selfie next to the corpse.

"If they really wanted to do a good deed they would donate the money and NOT shoot the animal.
"They would be heroes then. As opposed to murdering scum." 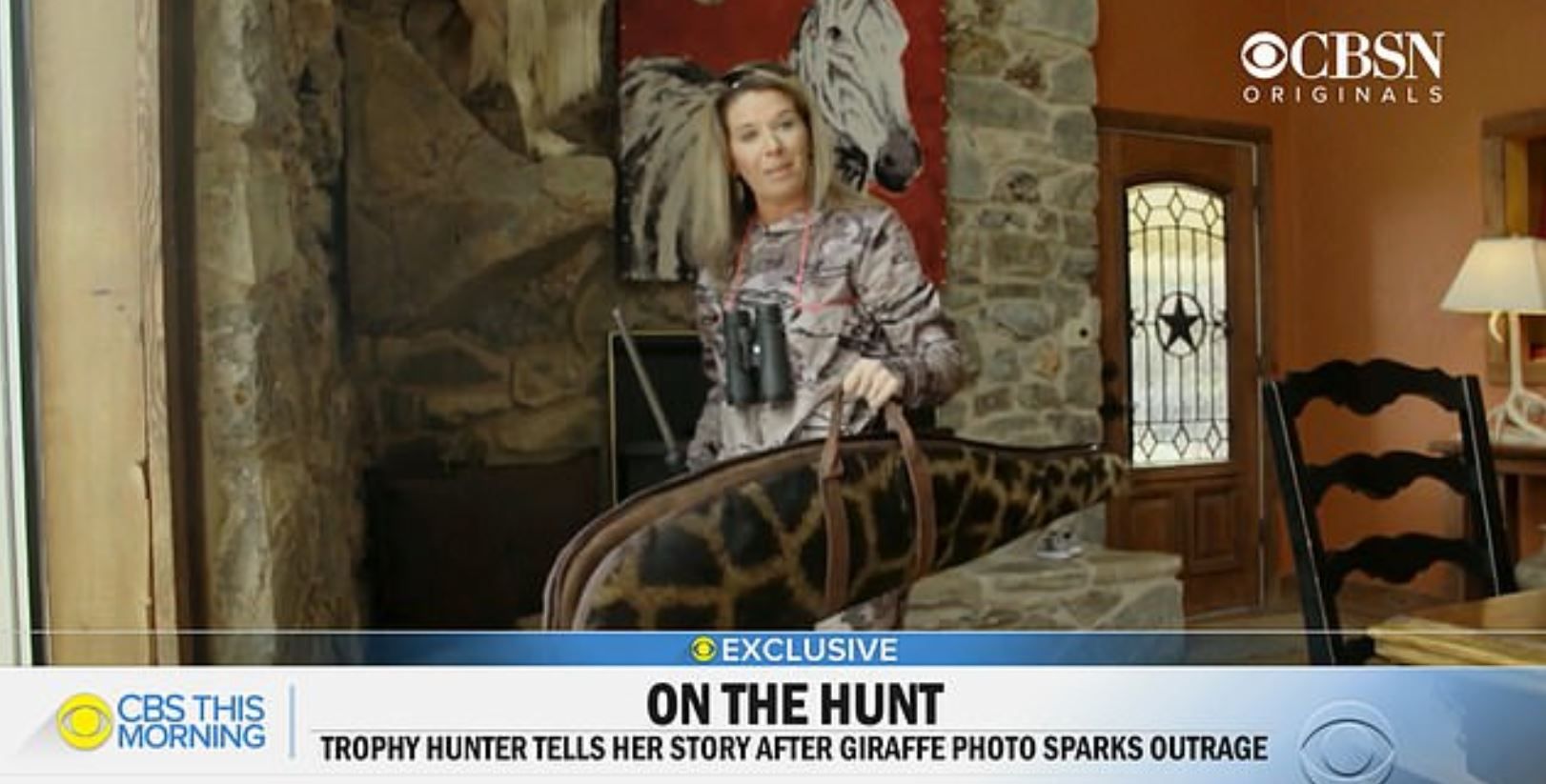 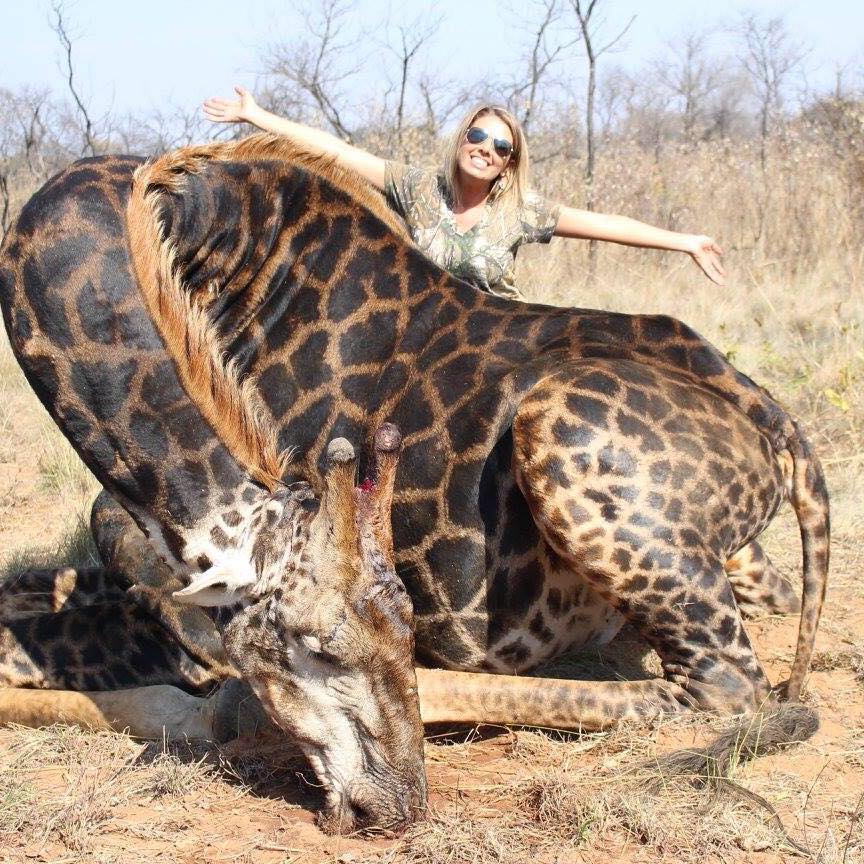 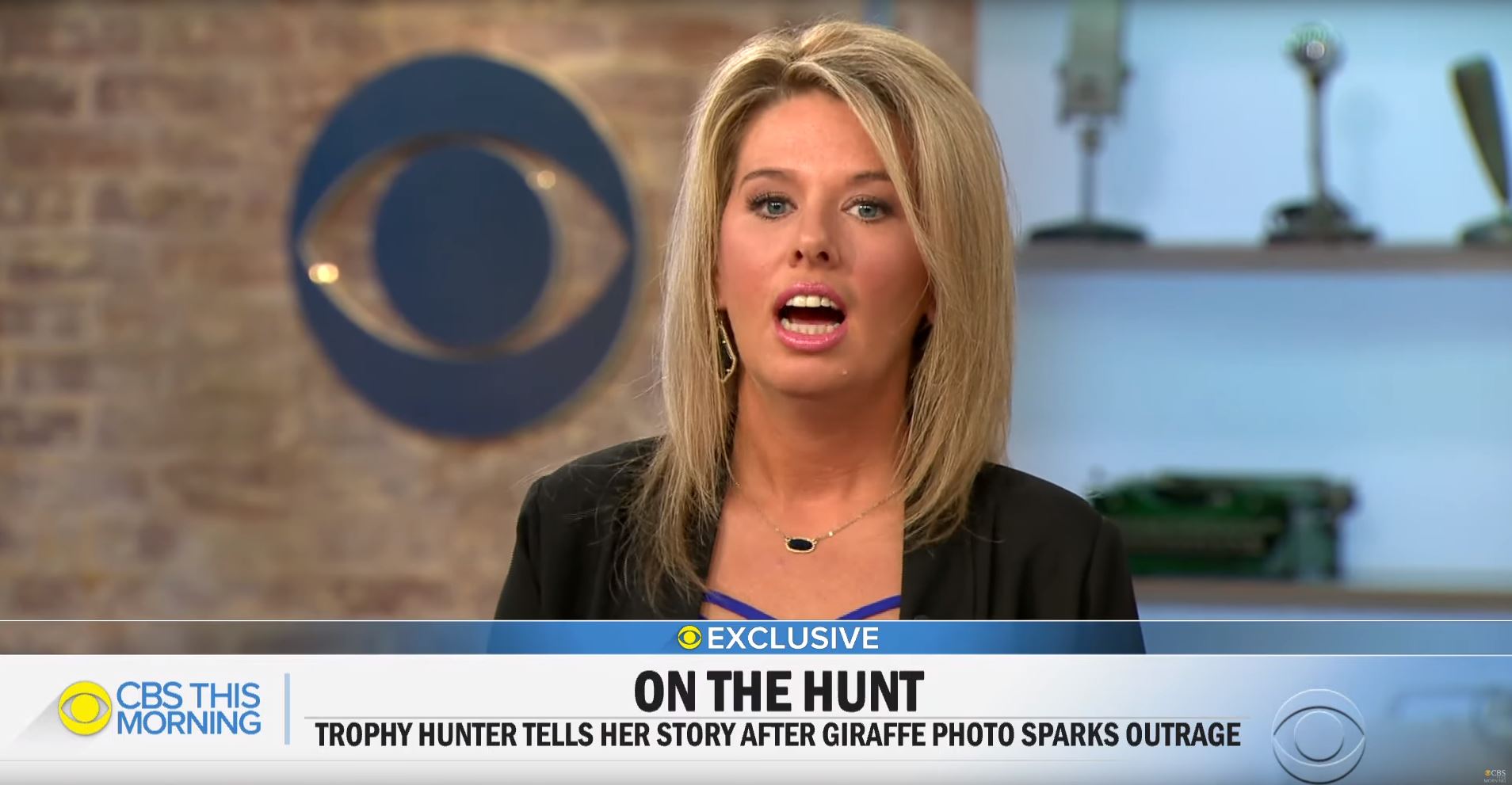