The Upper Midwest is bracing for severe weather on Monday as the Southwest expects to get roasted. 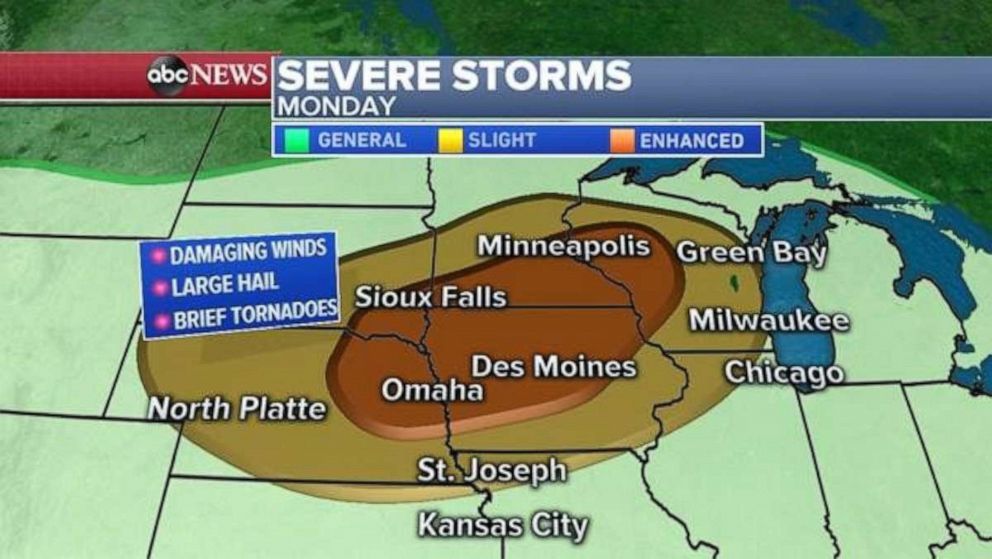 A cold front should set off showers and thunderstorms from Nebraska to Wisconsin, with harsher storms most likely striking cities including Omaha, Des Moines and Minneapolis. Some areas could see large hail and brief tornadoes. Flash flooding is a possibility.

After this frontal system settles south by midweek, another system is ready to sneak in behind it and deliver more heavy rain to eastern Kansas and western Missouri, parts of which were saturated last week with more than 10 inches. 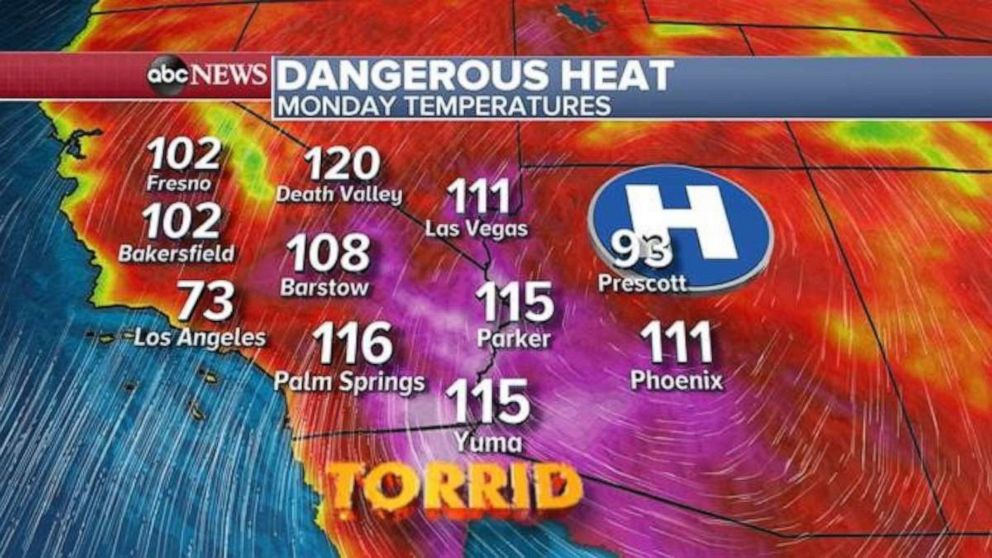 Meanwhile, highs should exceed 110 degrees in cities including Phoenix and Las Vegas on Monday. Death Valley could see 120.

Excessive heat warnings and advisories have bee issued throughout the Southwest, although temps are likely to cool a bit on Tuesday. 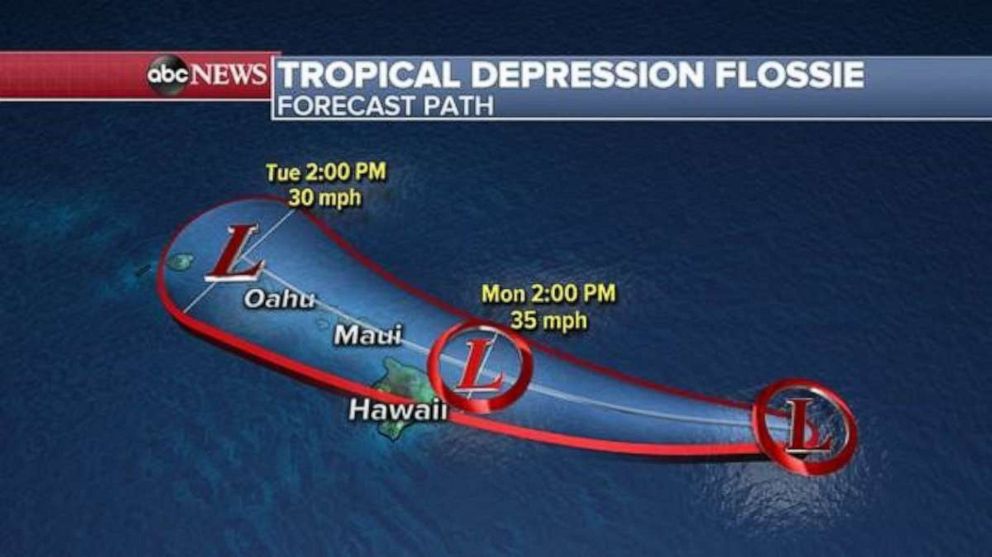 Erick, now a post-tropical cyclone, is heading out in the Pacific Ocean as Tropical Depression Flossie, with 35 mph winds, remains on track for Hawaii. Flossie could deliver heavy rain locally and rough surf before it weakens further late Monday or early Tuesday.