Fox News’ Lawrence Jones speaks with Seattle parents concerned about homeless camps near schools as their children are preparing to return to classrooms.

Seattle parents told Fox News’ Lawrence Jones that they are outraged and concerned as their children are starting to return to school for in-person learning this month while Seattle Public Schools grapples with the presence of homeless encampments on the campuses of two schools.

The Fox Nation host pointed out that he witnessed drugs and needles “everywhere.”

“You would think government has a responsibility to keep folks safe [and] would get them out of the area and put them in a safe area where they’re not around kids,” Jones said on “Fox & Friends.”

“I would like to see more leadership on the part of the city and I do have a teenager. He’s just really distressed about the situation,” one Seattle parent told Jones. 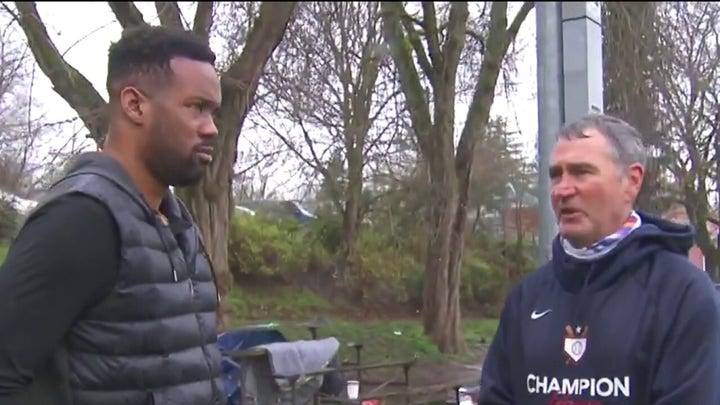 The Fox News analyst pointed out that parents have been calling on the school district to remove the encampments for months, but have had no success. He noted that officials with the school district have said they are trying to resolve the issue, but cannot guarantee homeless people won’t be around when students start showing up for classes.

Parents are outraged that the district has not yet resolved what they describe as “a dangerous problem” by the time students are expected to return to the classroom, KOMO News reported, noting that they have called on school officials to immediately remove the homeless encampments to ensure the safety of their children.

Some parents reportedly gathered over the weekend to distribute flyers to parents to alert them about the encampment at one of the schools.

“Obviously, nobody is taking the problem seriously,” Bill Steele, who lives in the neighborhood next to Broadview Thomson K-8, reportedly told the media outlet, which noted that the encampment is located in the back of the school where up to 40 tents have been pitched.

Jones reported on Wednesday that the city is “refusing to insert themselves in the situation, saying it’s not their jurisdiction, it’s the school district’s jurisdiction.” A spokesperson with Seattle Public Schools did not immediately respond to Fox News’ request for comment on Wednesday. 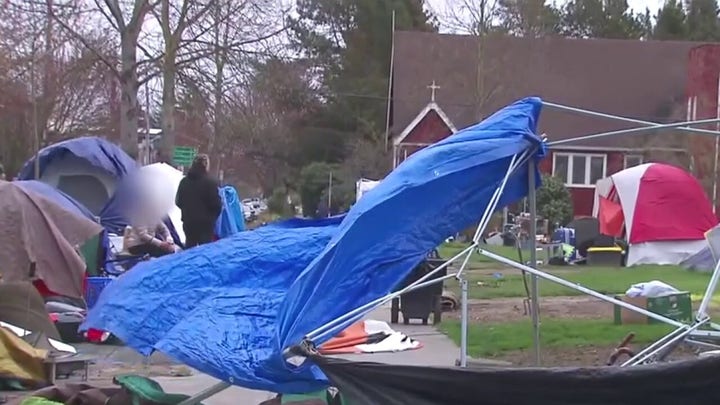 However, KOMO News reported that in a statement a spokesperson with the district said, “We are working in partnership with the City of Seattle to support community members residing at the encampment near Meany Middle School.”

“SPS [Seattle Public Schools] will be identifying the area of the encampment that is close to the school, supporting City contracted outreach partners to identify solutions to challenges, and making clear the boundaries between city property and district grounds,” the statement continued, noting that “the pandemic has deepened inequities, including access to housing.”

“This is not a problem with easy solutions, but we are committed to working in partnership to address it together and do so in a compassionate way,” the statement also said.

When trying to reach the city of Seattle for comment, a spokesperson for Seattle Parks and Recreation responded to Fox News’ inquiry saying they are trying to address the situation.

“Encampment removals have been limited over the last year due to COVID-19, but as the City opens new shelter spaces like at Executive Pacific Hotel and Kings Inn, we hope we can address encampments on sidewalks, playfields, and parks,” Rachel Schulkin, public information officer for Seattle Parks and Recreation, said in a statement.

Jones noted on Wednesday that the homeless encampments are situated in beautiful neighborhoods.

“We want these people to get the help that they need, but you cannot have needles open everywhere where kids are,” Jones said.

In the United States, homelessness rose 3% in the year 2020, adding 12,751 more people to the countries homeless population.

In Seattle, the percentage increase in homelessness is more than double that of the national average, sitting at a staggering 6%.