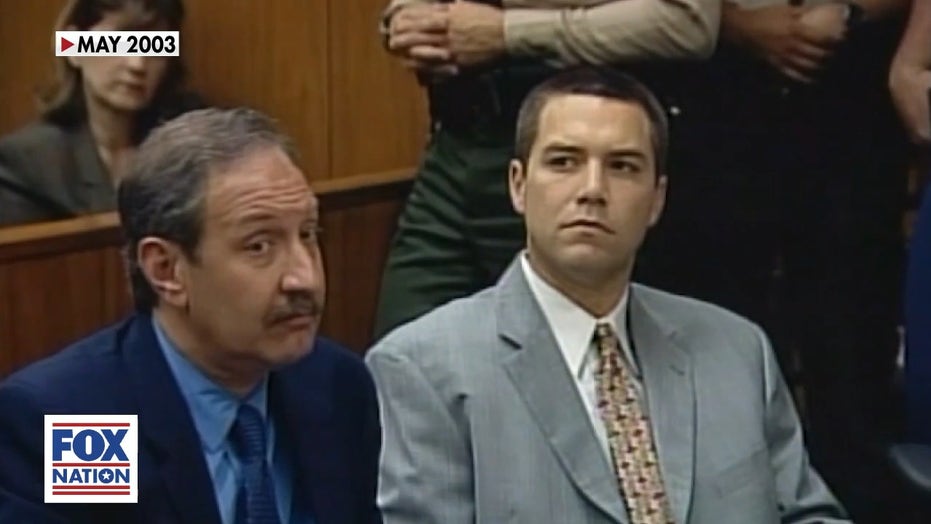 Scott Peterson, convicted of the 2002 murders of his pregnant wife and unborn son, is due back in court Wednesday, as the defense is expected to ask a California judge to decide whether or not to grant a new trial amid allegations of juror misconduct that caused the death penalty to be overturned.

At a hearing scheduled to begin at 1:30 p.m. PT, Peterson’s defense team is expected to ask San Mateo Superior Court Judge Anne-Christine Massullo to set a date for another hearing when she will ultimately decide whether or not to grant their request for a new trial.

Earlier this month, Massullo decided on Dec. 8 for Peterson to be resentenced to life in prison, and the defense wants the judge to schedule the hearing deciding about a new trial to happen before then.

“Logically, it would make sense for it to happen before any resentencing,” Lara Yeretsian, an attorney on Peterson’s original defense team with Mark Geragos in 2005, told Fox News Digital. “Once the court makes a determination, it also helps us to decide if there’s a need for a resentencing or not. If she decides he deserves a new trial, there’s no point in resentencing. Technically, the conviction is vacated.”

“There is new evidence that Scott’s not the one. It will show who the true suspects are,” Yeretsian said, declining to provide more specific details at this time, given she is not currently Peterson’s defense counsel. “I didn’t think he would be convicted the first time around. I really believe in Scott’s innocence based on the evidence I had seen during the first trial. I truly don’t believe he got a fair trial because of all the publicity and all of the emotions and visceral reactions of him having an affair.”

Yeretsian said she was traveling to the San Francisco Bay area for Wednesday’s hearing. Though not currently on the defense team, she might join if a new trial is indeed granted.

Prosecutors said Peterson took his wife’s body from their Modesto home on Christmas Eve 2002 and dumped her in San Francisco Bay from his fishing boat. The body of his wife and the boy’s fetus washed ashore in April 2003. In the trial, prosecutors also pointed to Scott Peterson’s affair with massage therapist Amber Frey, who testified she did not know he was married.

“I think the atmosphere is a little better now. Time has passed and I’m hoping now we can ensure with the right jury to give him what he’s entitled to,” Yeretsian said. “Let’s make sure he has an impartial jury and a fair trial and let the chips fall where they may. And hopefully they do fall on the acquittal side.”

Peterson was sentenced to death in 2005 and had spent more than 15 years on Death Row. The California Supreme Court ultimately overturned his death sentence, downgrading it to life behind bars in August 2020, because jurors who personally disagreed with the death penalty but were willing to impose it were improperly dismissed. The high court maintained there was considerable circumstantial evidence incriminating him in the first-degree murder of Laci Peterson, 27, who was eight months pregnant, and the second-degree murder of the boy they planned to name Connor. 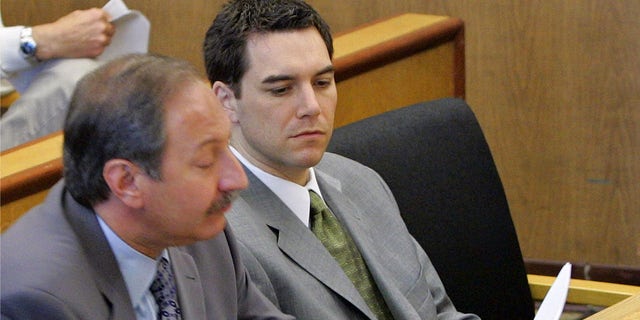 Scott Peterson sits in the courtroom at the San Mateo Superior Courthouse with his attorney Mark Geragos in 2004. Peterson was found guilty of first degree murder of his wife and second degree murder of their unborn son.
(Fred Larson-Pool/Getty Images)

“I definitely agree with the overturning of the death sentence because clearly we did not have the right jury at that point because anyone who had any strong feelings against the death penalty regardless of whether or not they could put that aside and follow the law were just kicked off the jury,” Yeretsian said. “They weren’t even considered as jurors. So we basically got a jury that was all people who believed in the death penalty. It should have been a mix of the two.”

Peterson has been appearing at court hearings through a remote link from San Quentin State Prison, home to California’s death row, but will be present in person for his resentencing. His murder conviction was upheld, but the state Supreme Court concluded that the trial judge in the case “made a series of clear and significant errors in jury selection that, under long-standing United States Supreme Court precedent, undermined Peterson’s right to an impartial jury at the penalty phase.”

Peterson’s defense team is seeking a new trial on allegations a juror committed misconduct by falsely answering questions during the selection process.

The woman, who co-authored a book on the case, eagerly sought to be a juror in the case and did not disclose she had been a crime victim, Peterson’s lawyers claim. Known as Juror 7, the woman did not reveal during jury selection that she had been beaten by a boyfriend while pregnant in 2001. She also didn’t disclose that during another pregnancy she had obtained a restraining order against a boyfriend’s ex-girlfriend, whom she feared would hurt her unborn child.

“At this point, we have a shot at a new trial because of the Supreme Court sending the court back saying there’s an issue here, one of the jurors was not completely truthful, she hid the fact that she was a victim of domestic violence – not just once, but twice,” Yeretsian said. “There was a lot she should have been telling the defense and the prosecutions and keeping that crucial information from all the parties involved showed that she was a partial juror with an agenda.”

“As soon as she walked into that jury room and replaced the one juror who was excused toward the end of the trial, very quickly the jury came back with a guilty verdict,” Yeretsian added.

Wednesday’s hearing will address whether the Habeas Corpus counsel will remain on the case, and once that issue is resolved, to pick a date for the hearing to determine whether a new trial will be granted. The overturning of the death sentence has complicated who should represent Peterson, and the timing of the retrial decision. Defense attorneys who work for the Habeas Corpus attorneys may no longer be able to represent Peterson because by law they can only be involved in death penalty cases.