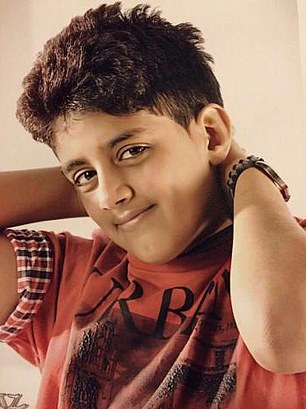 Murtaja Qureiris in an undated photo. Today, at age 18, he is facing the death penalty for taking part in public protests

A Saudi teen is facing the death penalty, after he was arrested for leading a group of children in the Arab Spring protests when he was only 10.

Three years after he took part in the 2011 protests Murtaja Qureiris, now 18, was arrested by Saudi authorities while travelling with his family to Bahrain.

Today, a CNN investigation has revealed he is facing the death penalty, having spent almost four years in pre-trial detention – and at least one year and three months in solitary confinement.

As well as calling for his death the kingdom is pushing for his body to be crucified or dismembered after his death.

Qureiris is currently on trial at a terror court, where Saudi Arabia has accused him of belonging to an extremist terrorist organisation, committing acts of violence, shooting security forces and marching at his brother’s funeral.

His brother, Ali Qureiris, had been killed by Saudi forces while taking part in a demonstration.

Protests are punishable in Saudi Arabia, under Royal Decree 44/A, a follow-up decree to the 2014 Law for the Crimes of Terrorism and its Financing. 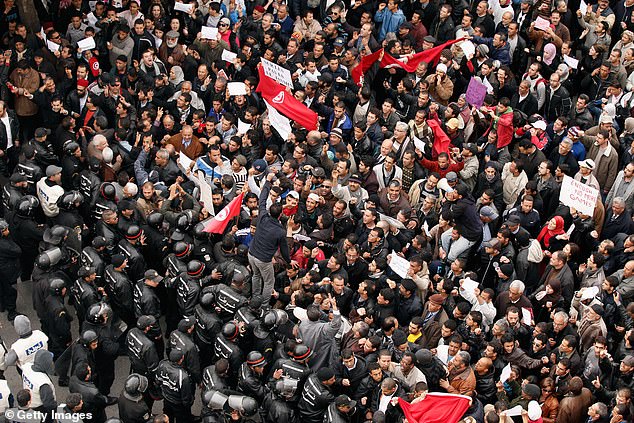 Crowds gathered outside the party headquarters of the Constitutional Democratic Rally in Tunisia – where the Arab Spring protests first began. Murtaja Qureiris regularly attended similar protests in Saudi Arabia when he was a young boy

In April, this year, Saudi Arabia announced it had executed 37 men who, according to rights group Reprieve, were mostly from the kingdom’s Shia minority.

The country has one of the highest rates of execution in the world, and has frequently been criticised by rights groups for executing people who were minors at the time of the commission of crimes.

The age of criminal responsibility in Saudi Arabia is unclear, but in 2006 it told the Committee on the Rights of the Child the age had been raised to 12.

The Kingdom had also previously told the United Nations it did not impose the death penalty on prisoners convicted of crimes before the criminal age of responsibility.

At the time of his arrest Qureiris was 13 – the youngest known political prisoner in Saudi Arabia.

But as the CNN investigation uncovered he was just 10 when he committed at least one of the alleged crimes on his charge sheet.

These included him accompanying his activist brother, Ali Qureiris, on a motorcycle ride to a police station in the eastern Saudi city of Awamiya. His brother allegedly threw Molotov cocktails at the station.

In a video, obtained by CNN, Qureiris can be seen taking the lead in a bike ride protest. He can be seen wearing denim jeans and black flip-flops on his feet wide-eyed and smiling at the camera.

Moments after setting off on this bike the young boy is caught up in the sea of 30 boys, lifting a megaphone as he chants into it: ‘The people demand human rights’.

As a boy he often participated in the 2011 Arab Spring demonstrations – a series of anti-government protests across northern Africa and the Middle East.

His family were regularly involved in protests against what they said was the Government’s ‘unfair treatment of Shi’a – his older brother killed during one such demonstration by Saudi forces.

Activists said another of Qureiris’ brothers has also been jailed, and his father was imprisoned in 2018.

Qureiris has denied the charges against him and said the confessions the prosecution were presenting as part of his case were obtained under duress.

He was presented with the charge sheet recommending a death penalty just months before he turned 18.

And while he is not being charged with causing any deaths, prosecutors have argued his ‘sowing of sedition’ warranted the heaviest penalty according to Saudi Arabia’s interpretation of Islamic Sharia law.