POLICE investigating Sarah Everard's death today taped off recycling bins as they search a new area around 30 miles from where her body was found.

Met Police detectives were searching a large area in Sandwich in Kent overnight including woodland. 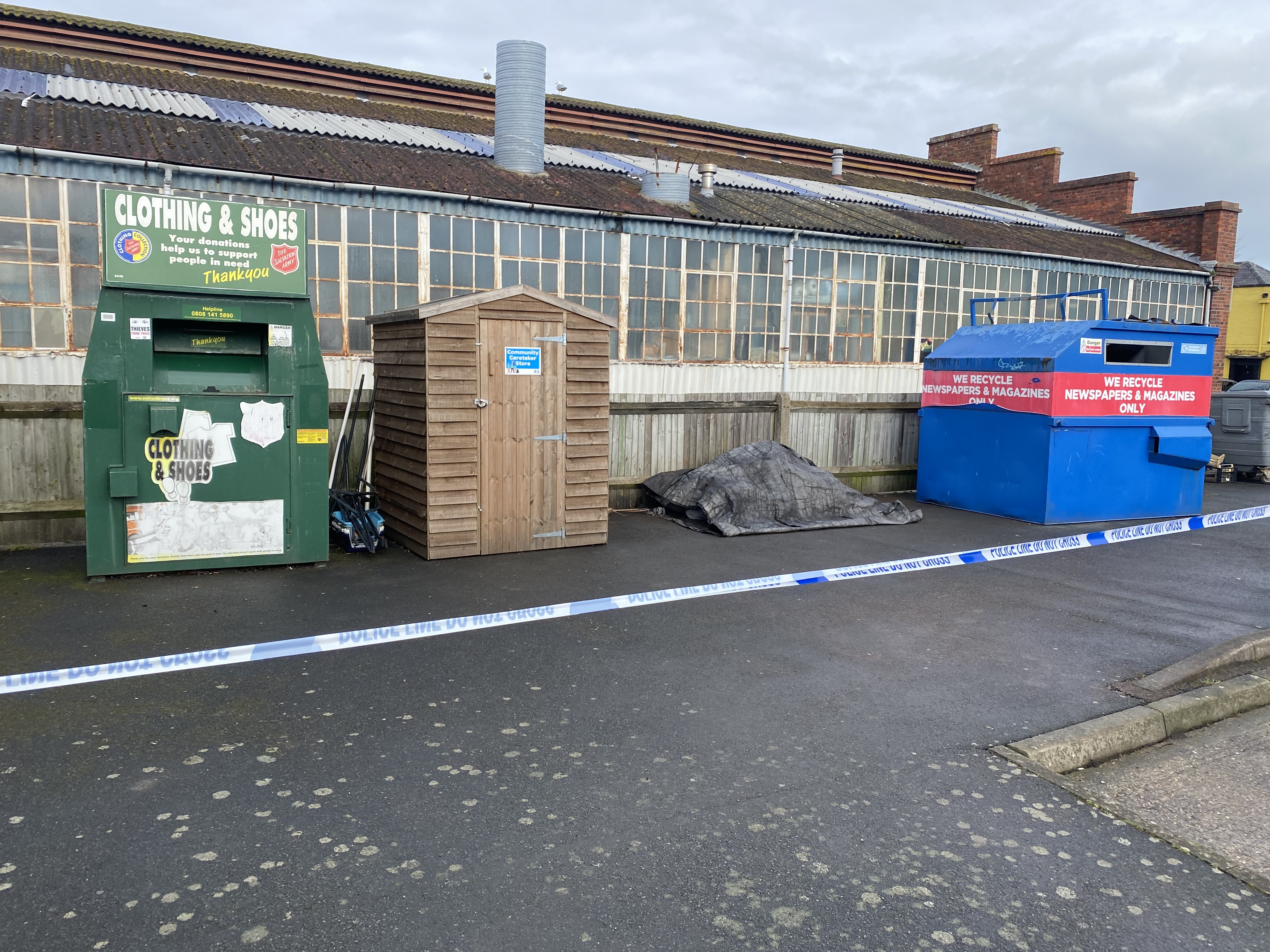 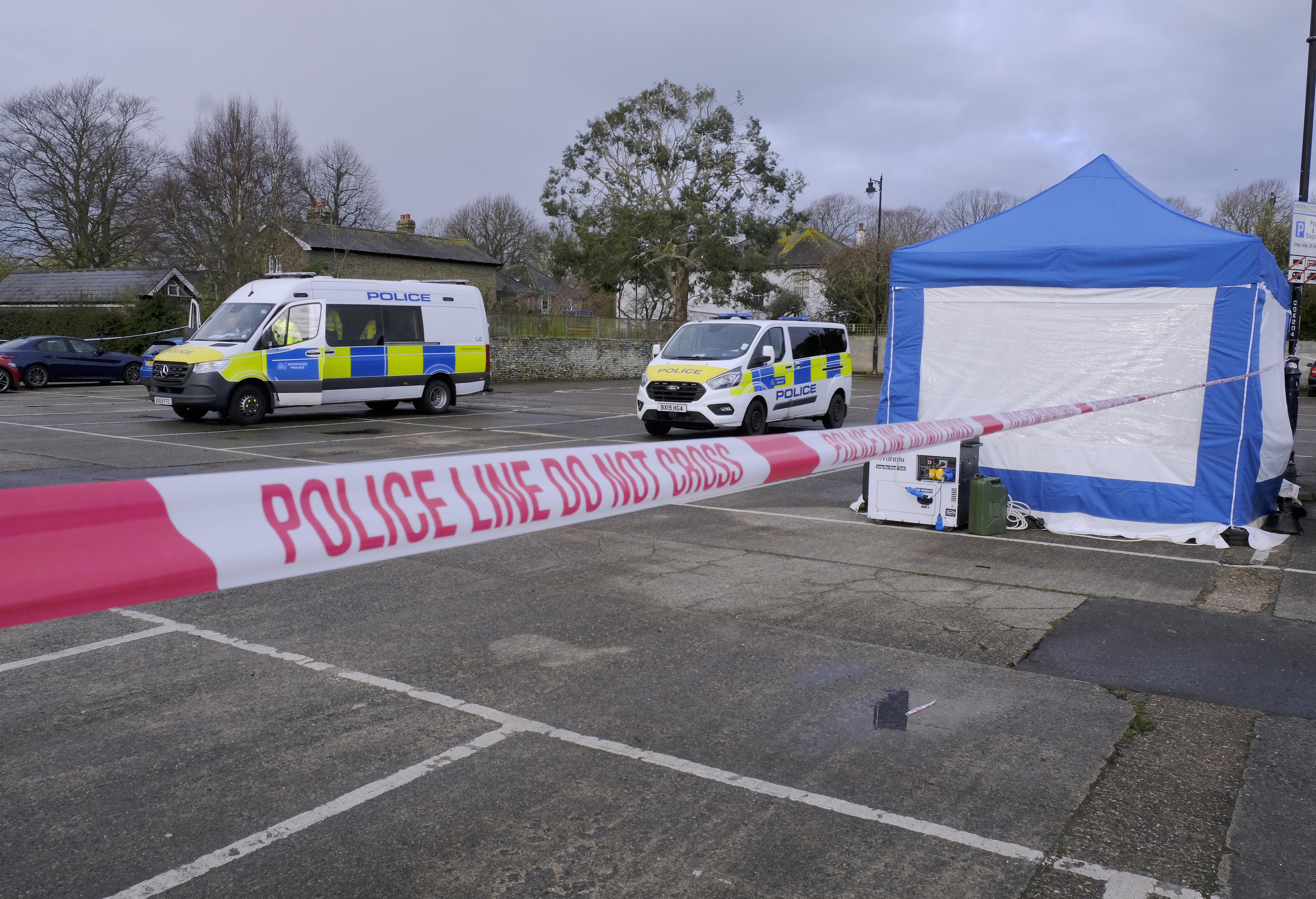 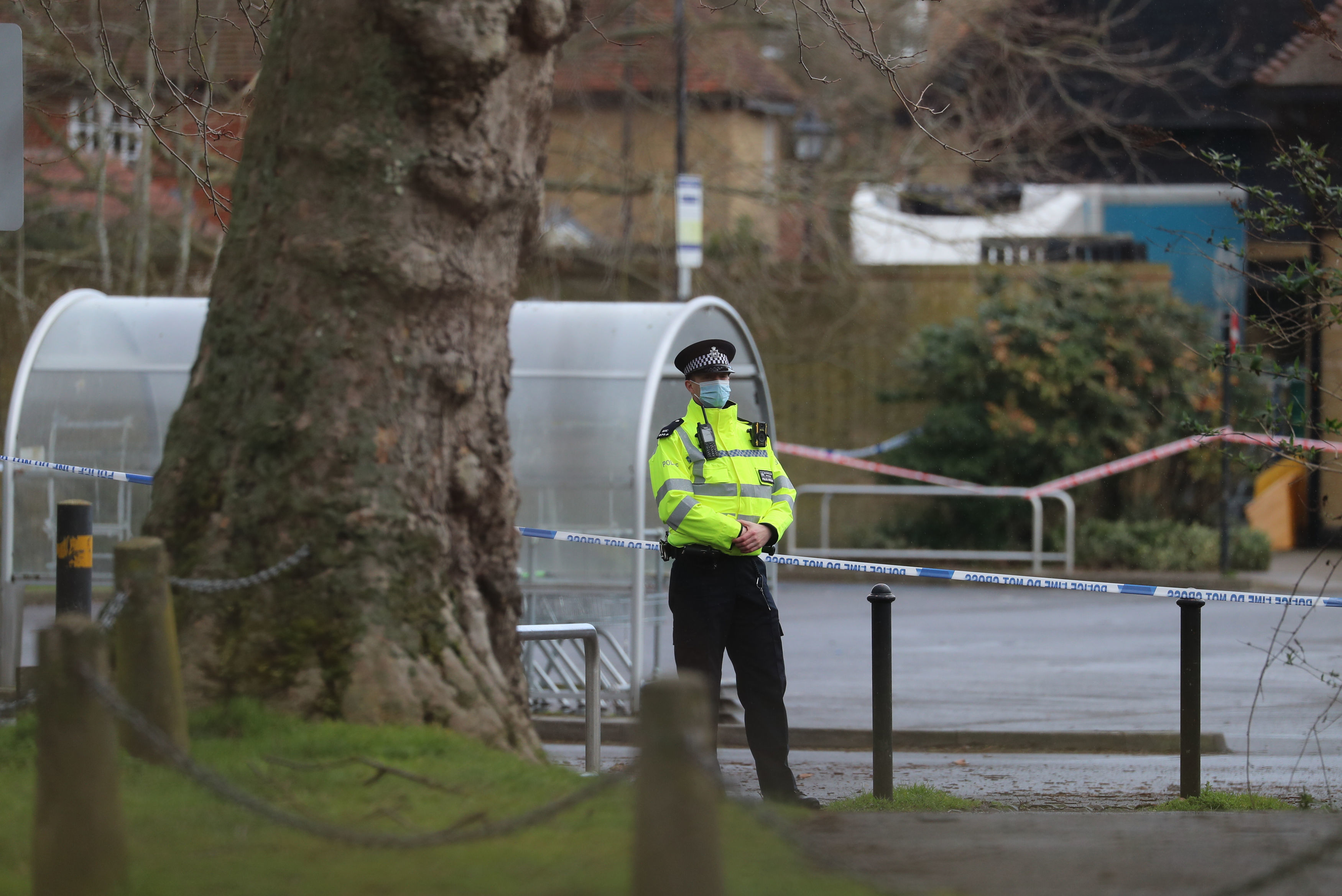 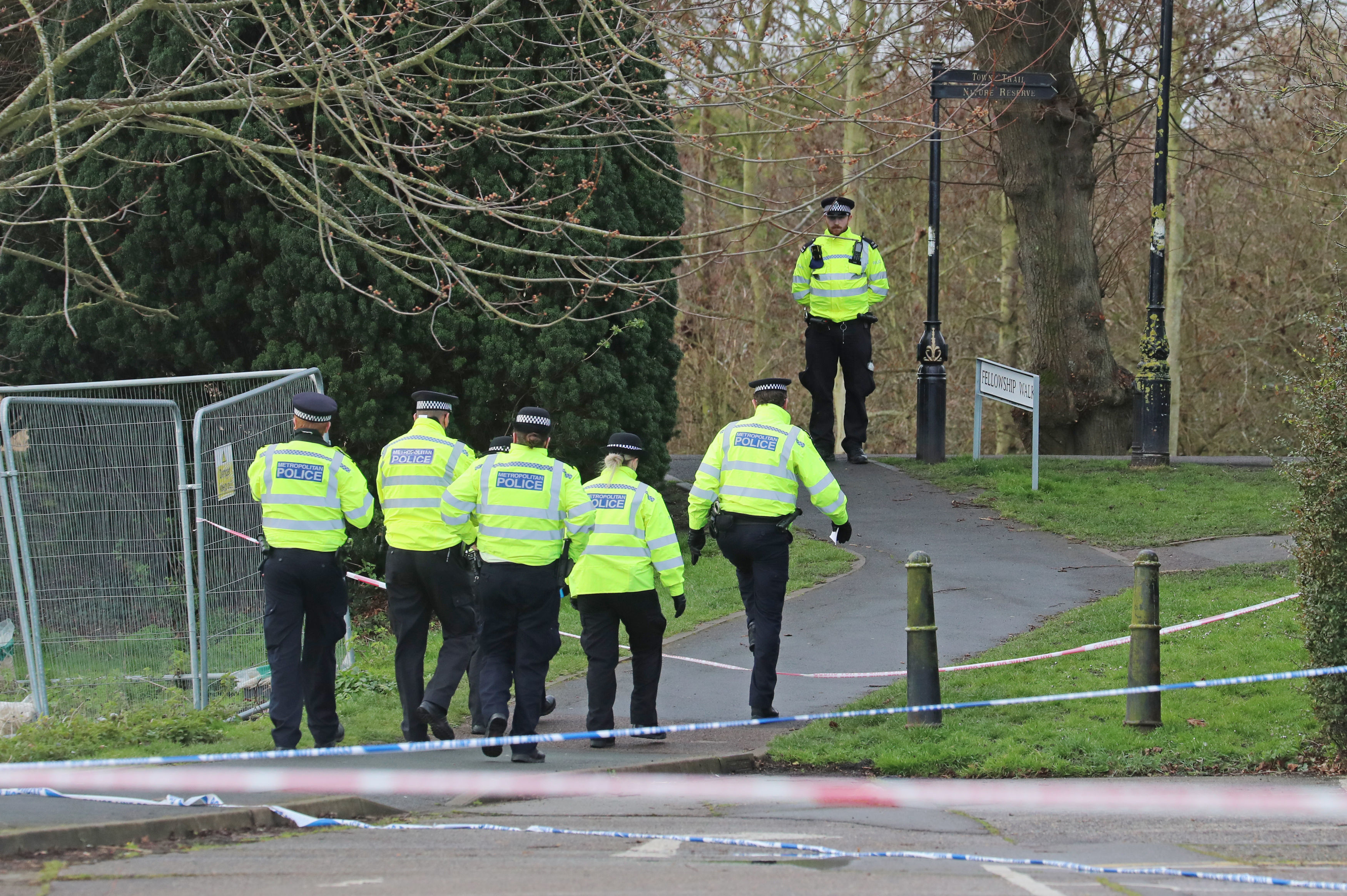 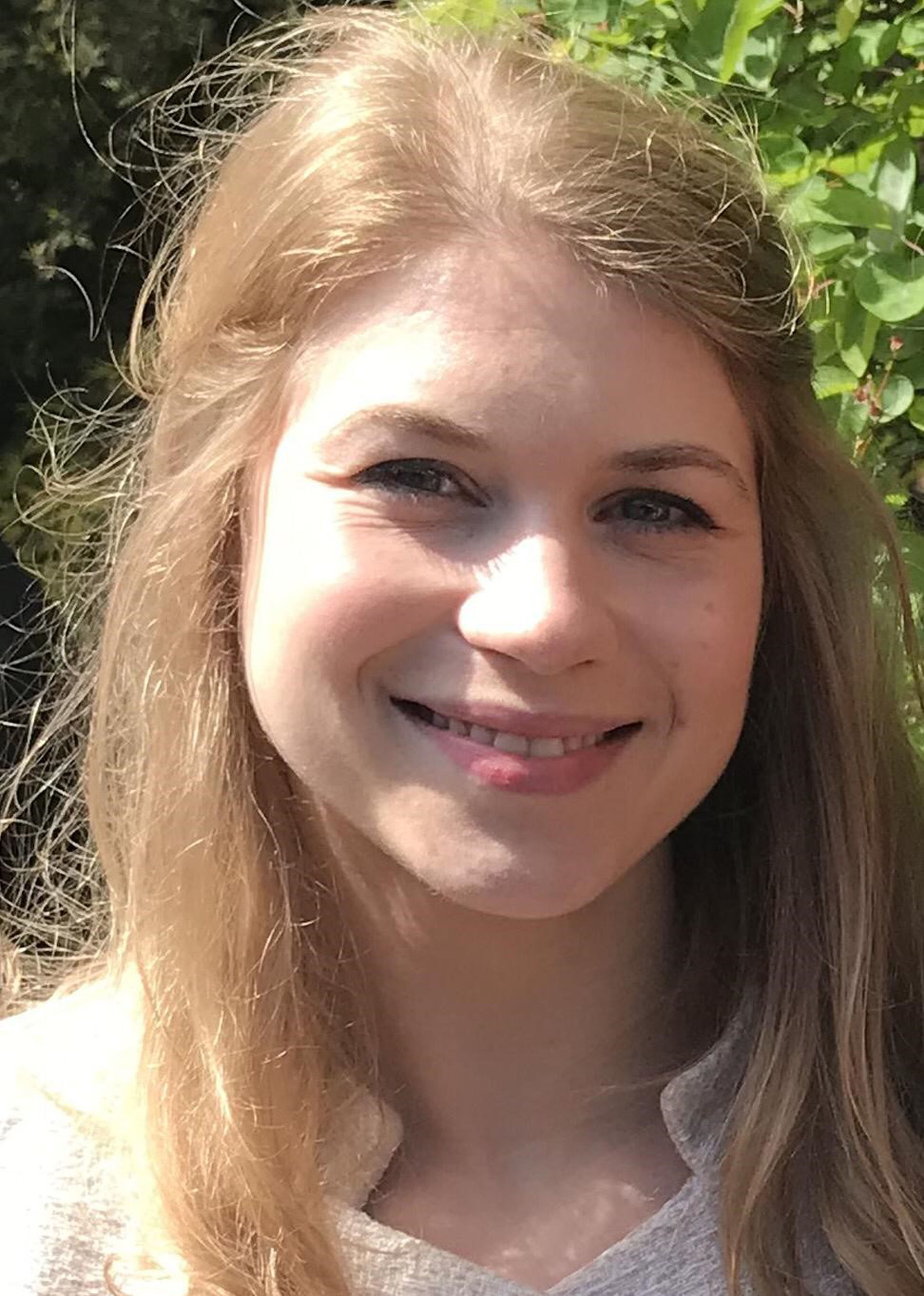 Officers have also cordoned off a Co-op car park and a pathway next to a stream as part of the investigation.

Police tape is also up around a Salvation Army clothing bin and a recycling bin next to public toilets – 36 miles from where Sarah's body was found.

One local said: “They got here yesterday and quickly taped off the area. I’ve no idea what they’re looking for or what they’ve found, but it’s terrifying that such area a horrific case is linked to my area.”

Scotland Yard said today: "Searches are continuing in several areas in connection with the case."

The local council also confirmed the pathway had been taped off as part of the investigation into Sarah's death.

The area is 30 miles away from Ashford, where Sarah's body was found in a builder's bag.

Locals say that police arrived on blue lights just after 1pm on Sunday afternoon, throwing the area into lockdown. 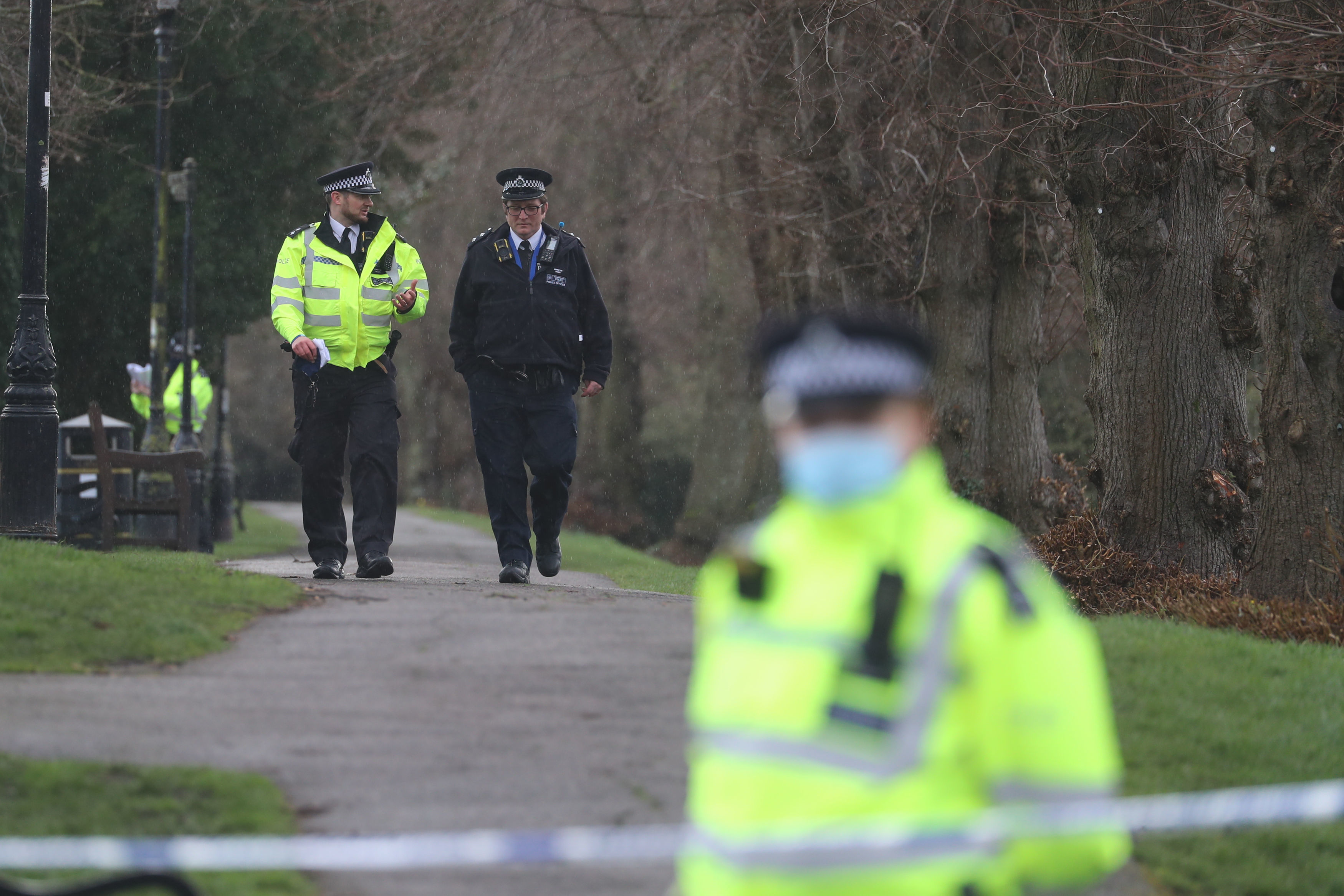 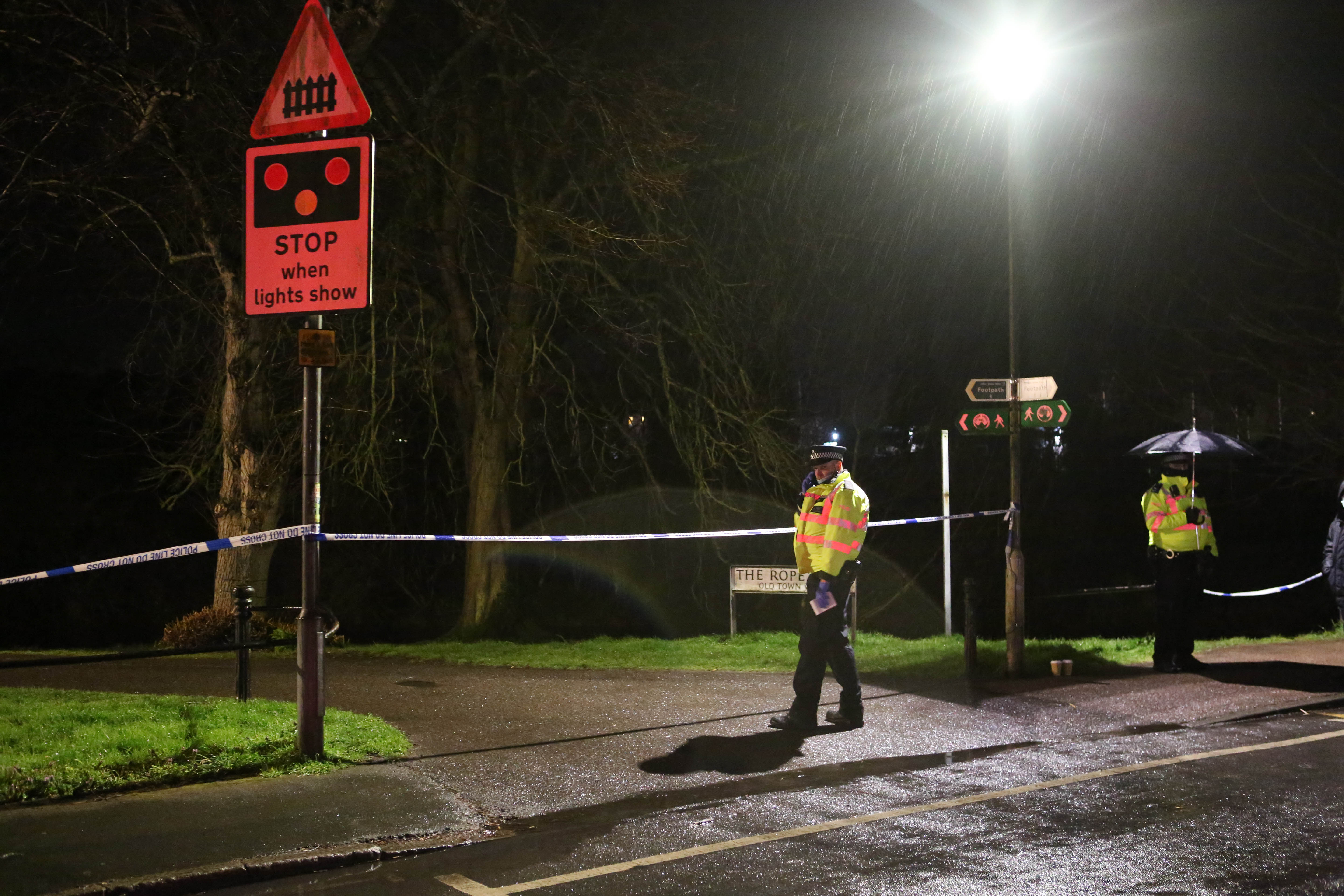 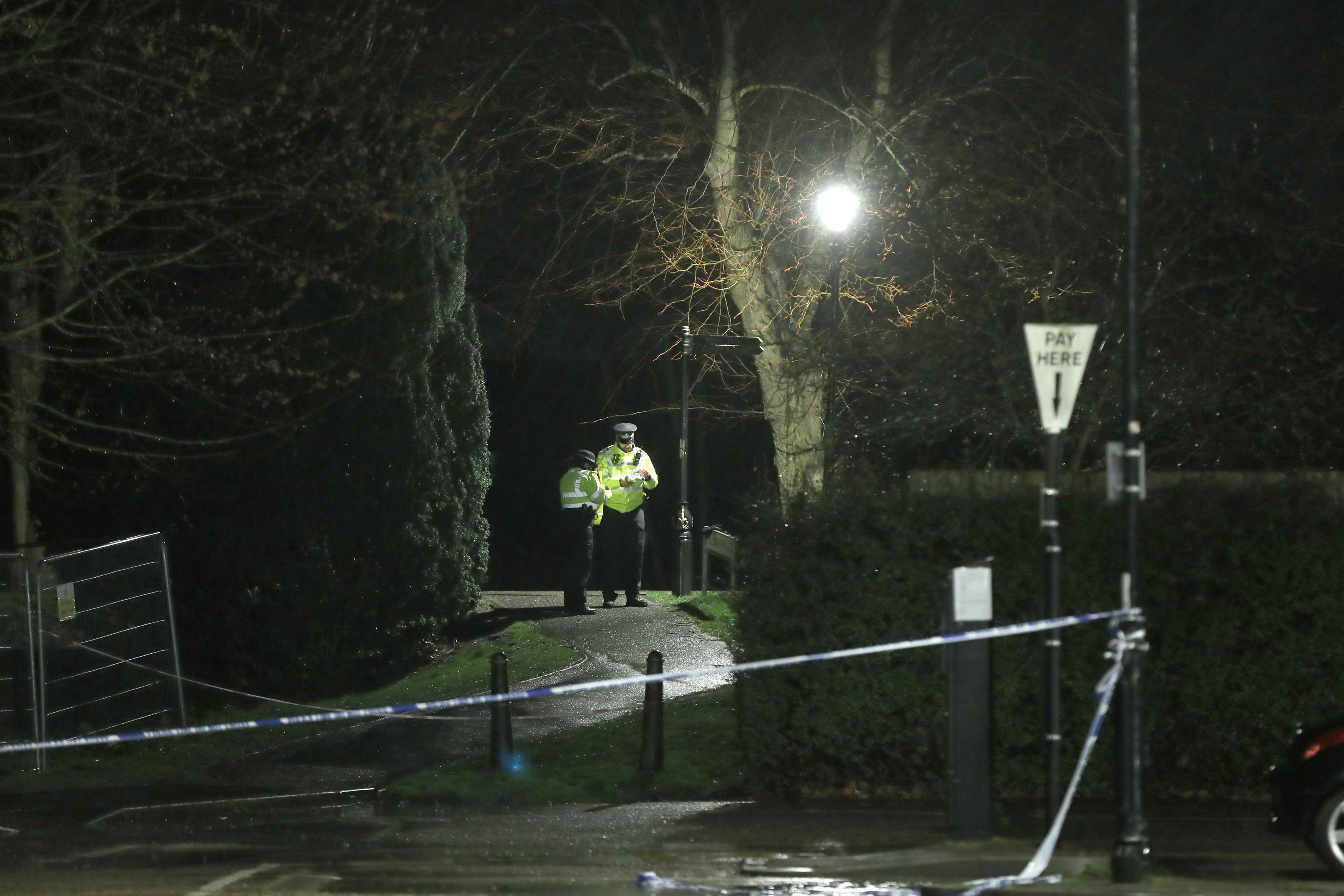 The council statement read: "Sandwich Town Council is in contact with Kent Police on behalf of the Metropolitan Police in relation to ongoing investigations associated to the murder of Sarah Everard.

"Police have requested that residents do not gather trying to ascertain information or details.

"The police have cordoned off the Rope Walk between Malcolm Waites Garage/Cow Leas Meadow all the way through the town."

The public has been advised to stay away from the area in order to follow lockdown restrictions. 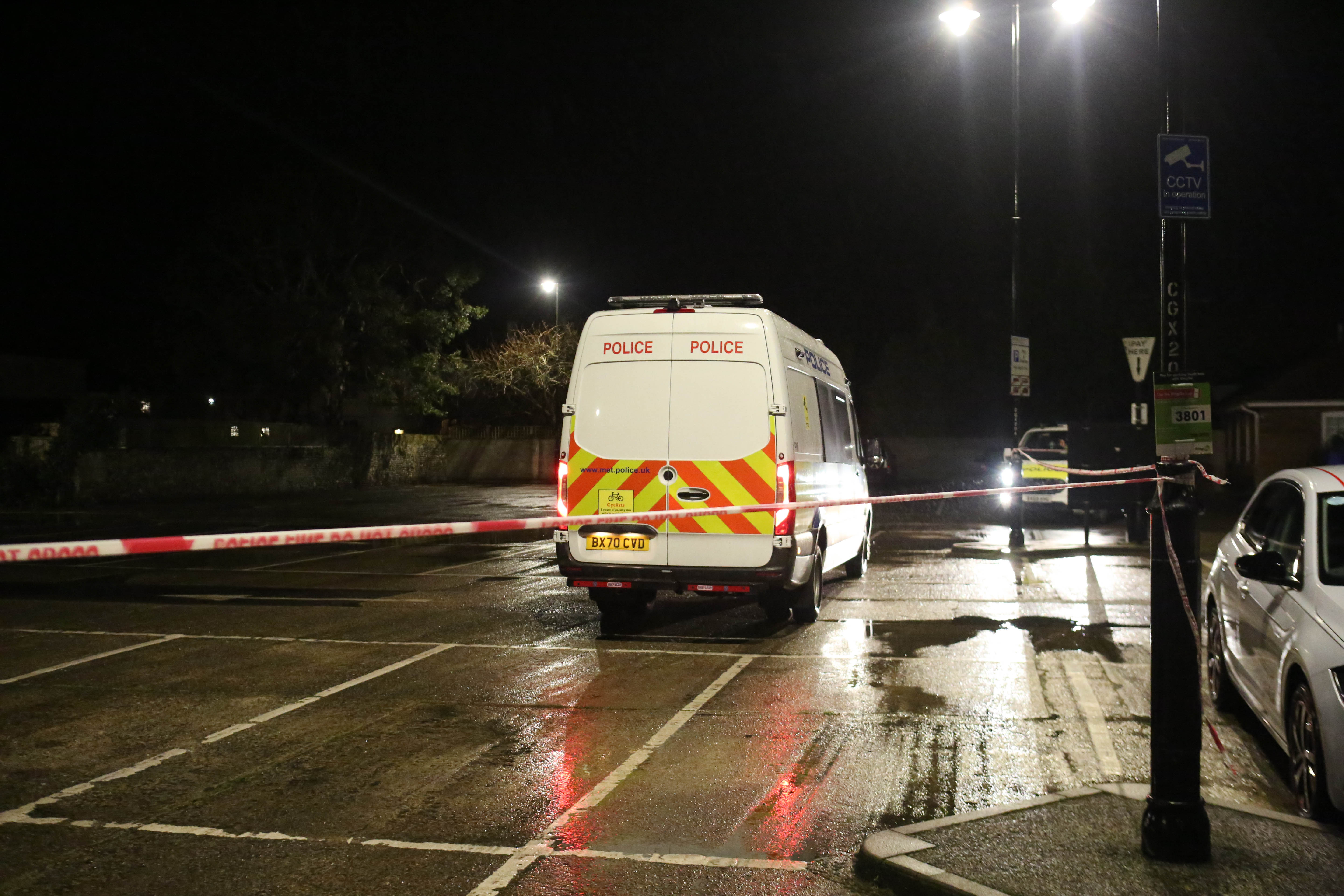 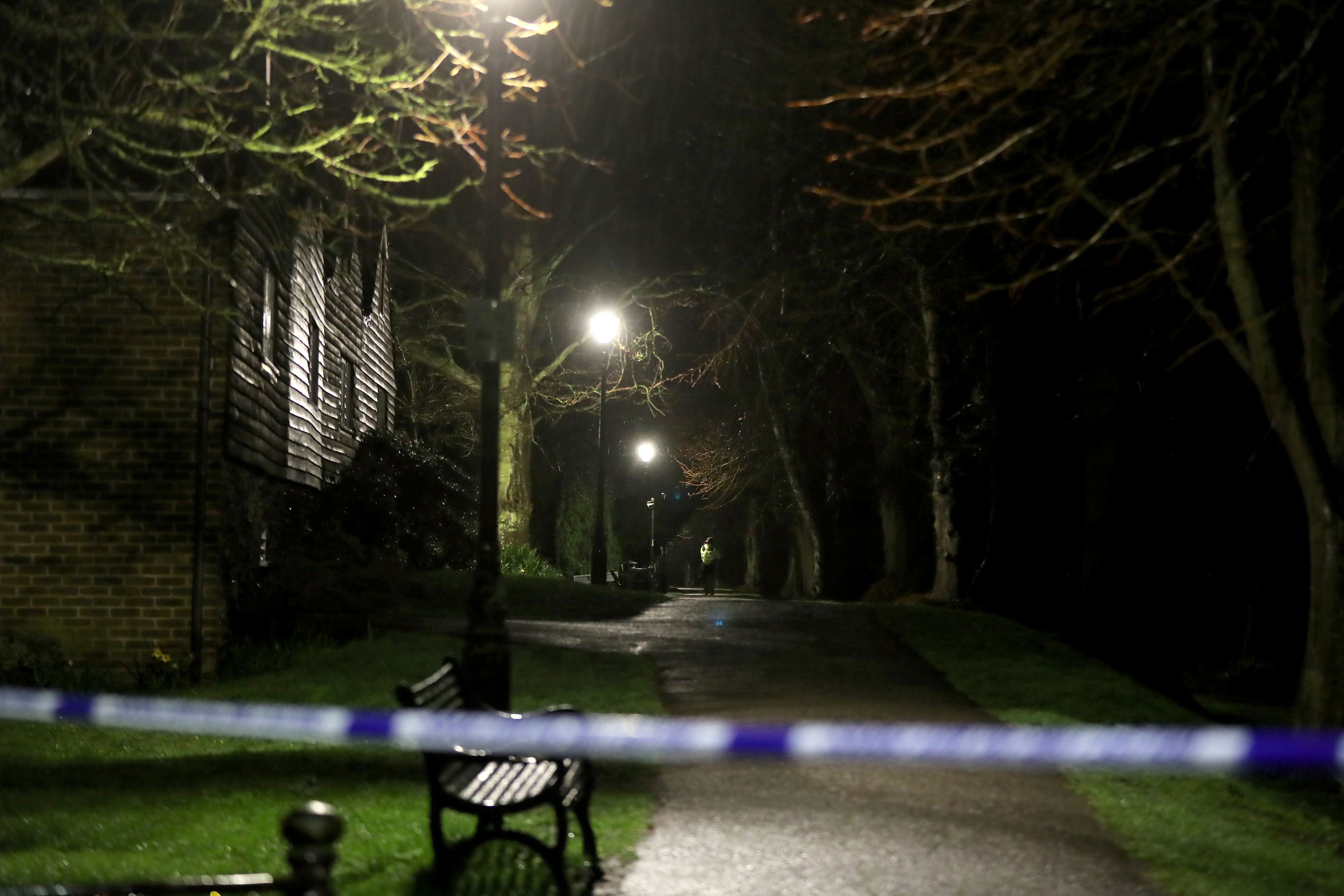 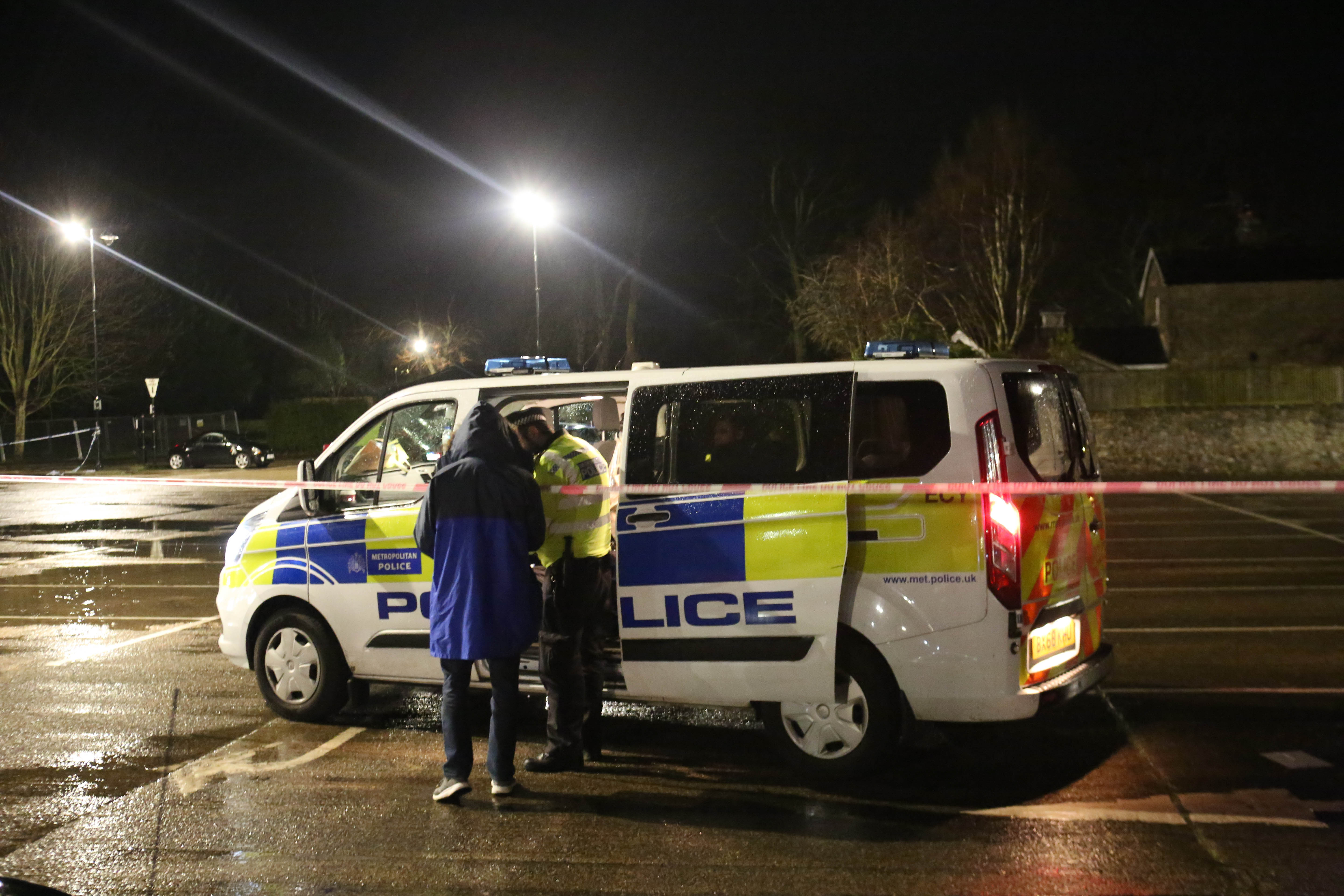 At about 9pm she left her friend's house and began walking to her home in Brixton.

But her body was found in the woods near Ashford, Kent over a week later – with police formally identifying her the following day using dental records.

Speaking on Friday, Assistant Commissioner Nick Ephgrave said police were determined to get justice for Sarah.

He said: "As you know, on Wednesday evening detectives investigating the disappearance of Sarah Everard discovered a body secreted in woodland in Kent.

"The body has now been recovered and formal identification procedure has now been undertaken. I can now confirm that it is the body of Sarah Everard."

Wayne Couzens, a serving Metropolitan Police officer has been charged with Sarah's murder and kidnap.

The 48-year-old was remanded in custody after a short hearing at Westminster Magistrates' Court on Saturday.

Sarah's family paid tribute to her in a statement released on their behalf by the Metropolitan Police, prior to her body being identified.

They said: "Our beautiful daughter Sarah was taken from us and we are appealing for any information that will help to solve this terrible crime.

"Sarah was bright and beautiful – a wonderful daughter and sister. She was kind and thoughtful, caring and dependable. She always put others first and had the most amazing sense of humour.

"She was strong and principled and a shining example to us all. We are very proud of her and she brought so much joy to our lives.

"We would like to thank our friends and family for all their support during this awful time and we would especially like to thank Sarah's friends who are working tirelessly to help."