That’s quackers! ‘Tsunami’ of runaway ducks engulfs road and brings traffic to a standstill in India

A mass stampede of runaway ducks brought traffic to a standstill as they flooded a busy city road.

The clip shows the feathery flock waddle towards the cars and scooters on the road in Alappuzha, Kerala, Southern India.

Pedestrians can be seen scarpering out of the way to avoid getting caught in the pathway of the ducks. 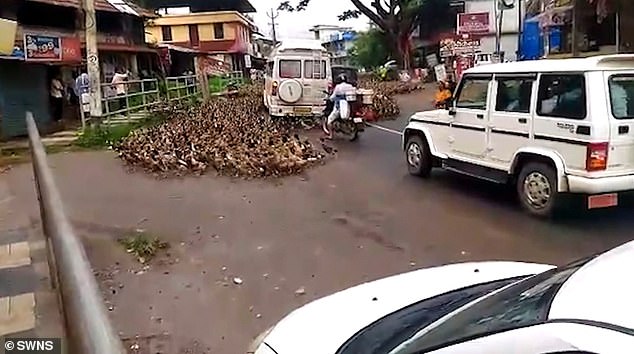 The brown-feathered ducks filter onto an adjoining road as onlookers attempt to direct them away from the oncoming traffic.

A woman wearing orange uses a stick to point the ducks in the right direction as each one waddles in an orderly fashion out of the city street.

And it appears there is no end to the duck army as hundreds continue to swarm the road. 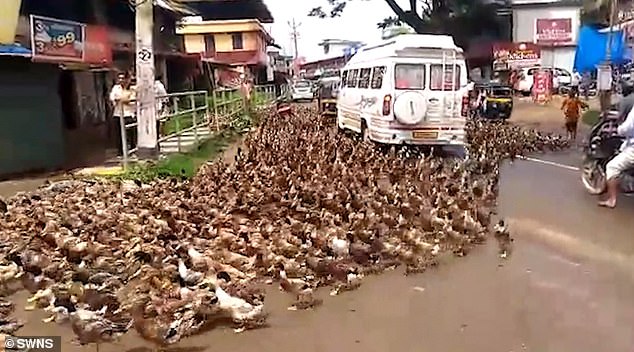 The ducks filter off the road as pedestrians stand out of their way. The ducks can be heard quacking as they waddle down the street

The ducks can be heard quacking as onlookers whistle to try and point them to safety.

A few flap their wings as tuk tuks and scooters drive past them as the road begins to clear.

Onlookers said the ducks were being taken to a nearby field when they accidentally parted ways and blocked the path of commuters on their way to work. 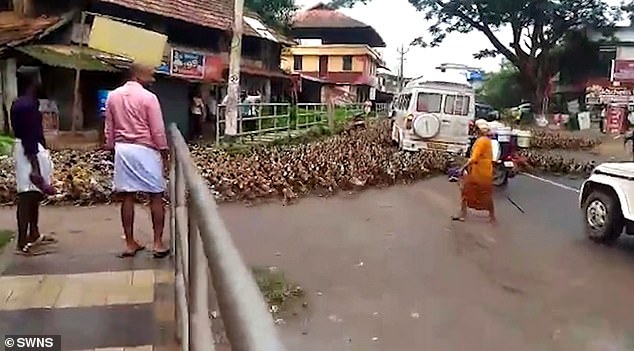 While the standstill caused a backlog of traffic one onlooker is heard saying: ‘Look at the birds marching together, they have more decorum than us humans.

After a few minutes the road was clear again and the ducks were directed to a nearby paddy field where they were able to cool off from their runaway drama. 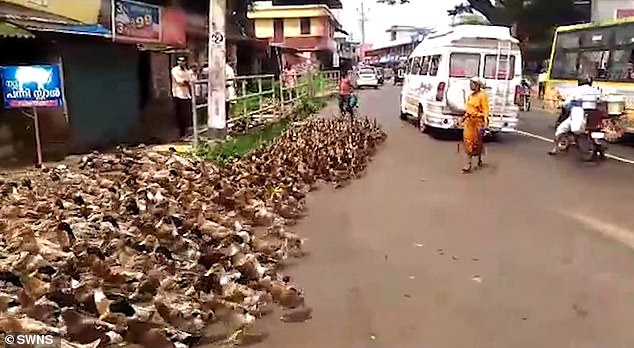 Nearly back to safety: The last of the stampede of ducks make their way down the road and traffic starts to clear. The ducks waddled off to a nearby paddy field