Senior royals have privately expressed concern over the handling of Prince Andrew’s latest legal crisis as it emerged it could overshadow the Queen’s historic Platinum Jubilee.

The Daily Mail understands that both Prince Charles and Prince William have doubts about the way such serious allegations have been dealt with by Andrew and his legal team.

More than 48 hours after Virginia Roberts Giuffre’s attorney in the US began civil proceedings accusing the 61-year-old royal of ‘rape in the first degree’, sexual battery and sexual abuse, there has been no reaction from Andrew’s camp.

He has previously denied any wrongdoing and strongly maintained his innocence, claiming to have no recollection of having ever met Miss Roberts. Prince Charles, 72, and William, 39, also both fear the scandal could irrevocably damage the reputation of the monarchy, insiders say. 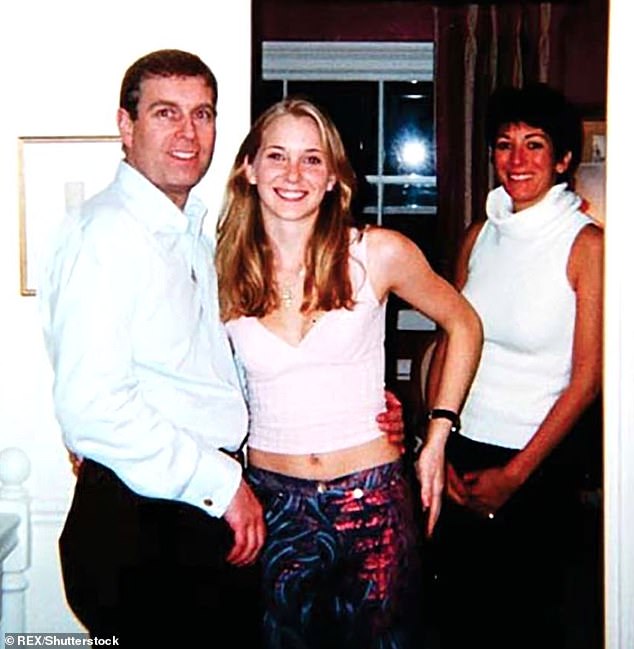 Senior royals have privately expressed concern over the handling of Prince Andrew’s latest legal crisis as it emerged it could overshadow the Queen’s historic Platinum Jubilee. Pictured: Prince Andrew alongside Virginia Roberts and Ghislaine Maxwell

Both men were instrumental in forcing Andrew to step back from royal duties in November 2019 in the wake of the disastrous BBC interview he gave in an attempt to clear his name.

A royal insider told the Mail yesterday: ‘The family find themselves in an extraordinarily difficult and sensitive situation given the nature of the allegations.

‘They are limited in what they can say publicly and now that the Duke of York is no longer a working royal they are actually rather limited in what control they can exert over the situation privately.’

Last night, sources close to the prince’s family expressed growing frustration with his legal team for the policy of continued silence.

The duke is said to have personally instructed criminal defence solicitor Gary Bloxsome, of City firm Blackfords, to help mastermind his response to Miss Roberts’ allegations. Mr Bloxsome, a 40-year veteran of the company, has defended British troops against war crimes allegations, as well as footballers in assault cases.

However, a source close to Andrew’s family told the Mail yesterday: ‘We are beginning to question the tactics of Blackfords. Not to put out a statement reiterating or expanding on his denial may work in a restricted, legal sense, but in the court of public opinion his reputation is being shredded.’

Miss Roberts’ attorney, David Boies, revealed that he anticipates the case could be heard in New York as early as the ‘middle of next year’. The Queen, 95, is due to celebrate her historic Platinum Jubilee with a series of major public celebrations in June.

Asked if he felt the lawsuit would be enough to get the ninth in line to the throne to answer questions about the allegations, Mr Boies told Sky News: ‘Prince Andrew is going to have to now. He can’t ignore the process.’ 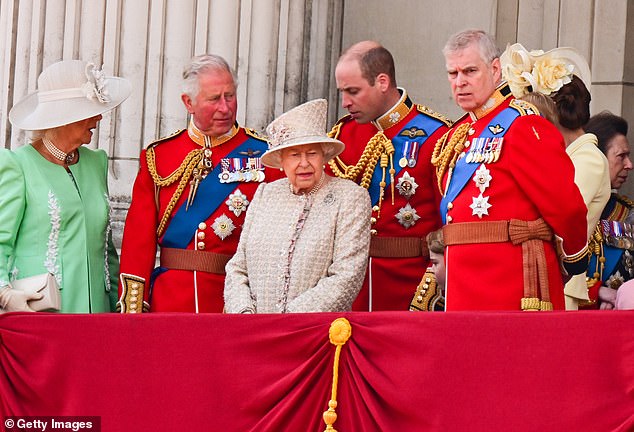 Prince Charles, 72, and William, 39, also both fear the scandal could irrevocably damage the reputation of the monarchy, insiders say (file image)

Mr Boies has previously accused Andrew and his legal team of ‘stonewalling’ both Miss Roberts and the FBI, which is investigating the crimes of the late US billionaire paedophile Jeffrey Epstein, a friend of Andrew. The prince has said he has offered to co-operate with FBI.

Mr Boies also confirmed new evidence and new witness statements will form part of their case when it comes to court for trial, which he believes will throw further doubt on the Duke of York’s account.

It is believed he was referring to Johanna Sjoberg, the only other woman to have publicly accused Andrew of sexual misconduct. She alleged he ‘groped’ her by taking a Spitting Image puppet of himself and placing its hand on her breast in London in 2001.

Andrew is currently holidaying with the Queen at Balmoral, her Scottish estate. Sources have scotched claims he was summoned by his mother for crisis talks. 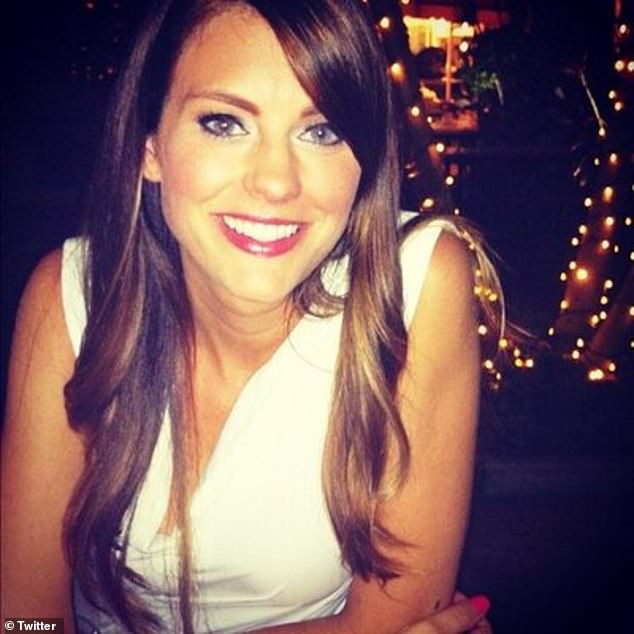 More than 48 hours after Virginia Roberts Giuffre’s attorney in the US began civil proceedings accusing the 61-year-old royal of ‘rape in the first degree’, sexual battery and sexual abuse, there has been no reaction from Andrew’s camp. Pictured: Johanna Sjoberg who has publicly accused Prince Andrew of sexual misconduct

The beleaguered royal had always planned to arrive in time for today’s ‘Glorious Twelfth’ – the start of the grouse shooting season – along with his former wife, Sarah, Duchess of York. He was joined yesterday by his youngest daughter, Princess Eugenie, 31, her husband, Jack Brooksbank, and their six-month-old son, August.

In her civil lawsuit filed in New York on Monday, Miss Roberts – who has accused Andrew of having sex with her on three occasions when she was aged 17, knowing that she had been trafficked by Epstein – claims his actions amounted to ‘rape in the first degree’. He has 21 days to respond and if he fails to do so, she could ask the court to find in her favour without a trial, which would be potentially disastrous for his reputation.

It would raise the prospect of Andrew facing demands for damages which could run into millions of pounds.

But if he does decide to come out fighting he could face having to give, for the first time, a detailed account of all his actions and dealings with Epstein, as well as his previous sexual history. 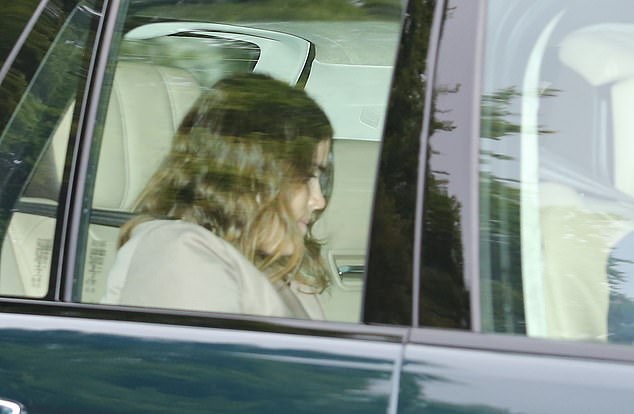 Miss Roberts’ legal team could also demand access to any communications between himself and Epstein, as well as the mutual friend who introduced them, Ghislaine Maxwell.

She is due to go on trial later this year for acting as his ‘madam’ and helping to traffick vulnerable young victims around the world.

But the prince can – and this is the most likely option for his team – also ask the court to dismiss the case as groundless or try to challenge it on other legal grounds.