Royal Navy patrol ships have tracked a fleet of Russian warships as they passed through the English Channel.

Portsmouth-based HMS Tyne, Severn and Mersey have been monitoring the seven Russian Federation navy vessels as they sailed close to the UK.

They also tracked a surfaced Algerian submarine as it travelled back to its north African home. 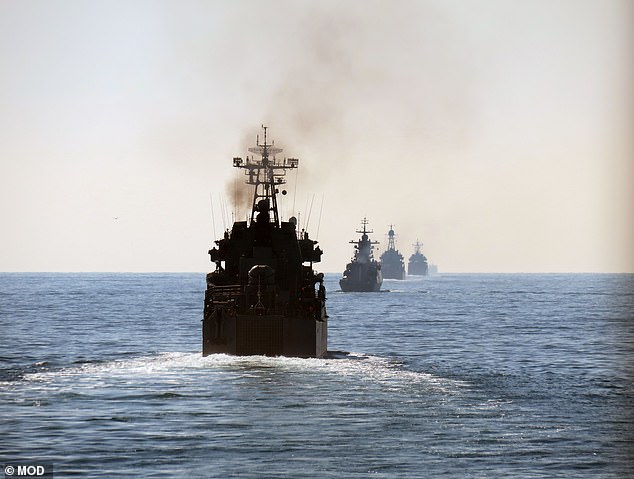 The Russian ships, viewed from astern, is pictured as it passed through the Dover Strait under the watch of the Royal Navy

HMS Mersey, pictured during the operation, kept track on the Russian ships and an Algerian submarine

HMS Mersey met up with a trio of vessels – frigate Admiral Kasatonov, a supporting tug Nikolay Chiker and tanker Vyazma – off Ushant in France and stayed with them through the Channel and Dover Strait and into the North Sea.

A Navy spokesman said: ‘Her monitoring mission was made more challenging by adverse weather conditions such as high winds and large sea states which meant the Russian ships took longer than usual to pass through as they sheltered in more confined waters before resuming their journey.

‘HMS Mersey’s ship’s company worked around the clock to ensure that the three Russian ships passed the area safely.’ 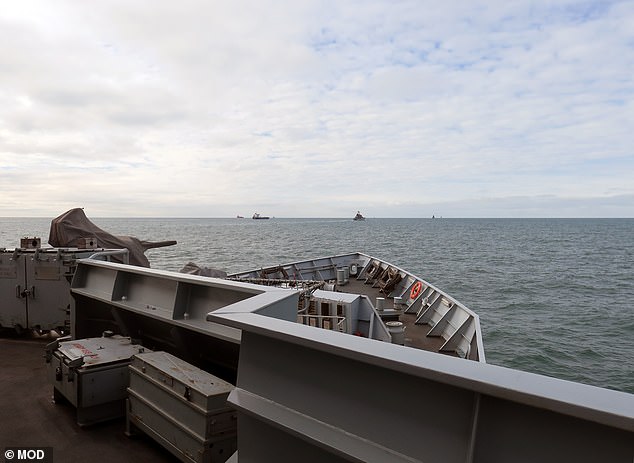 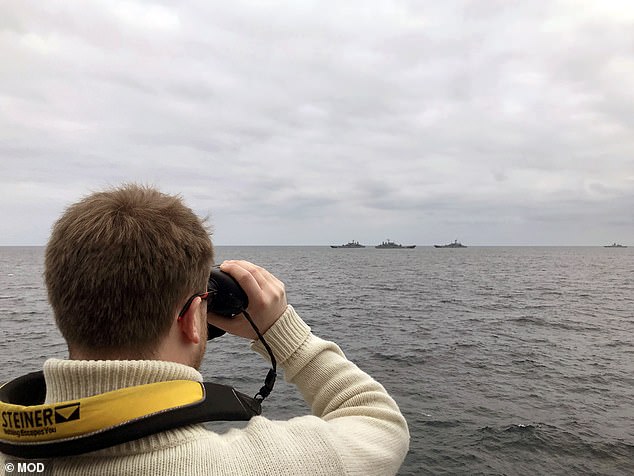 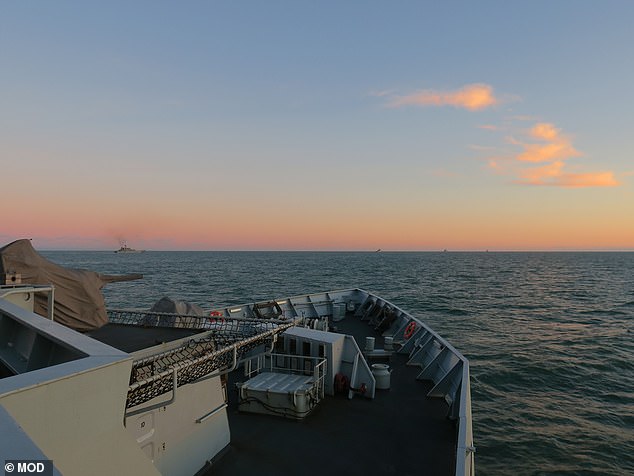 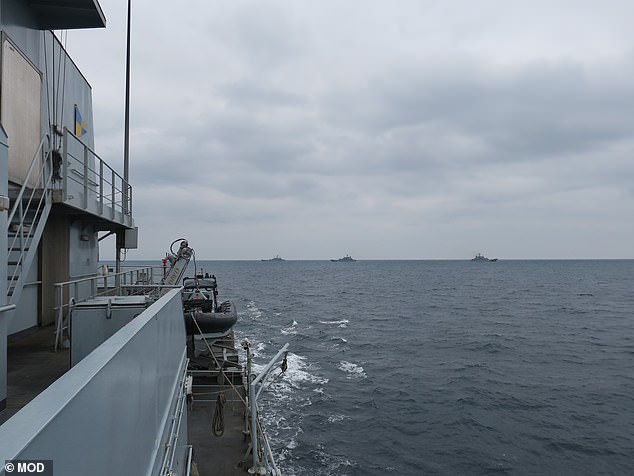 The Tyne, pictured, was one of three Portsmouth-based patrol ships monitoring the presence of the Russian ships

Tale of the tape: How do the Royal Navy and Russian Federation ships compare?

The Navy spokesman said: ‘The quartet – three Ropucha-class amphibious ships capable of landing tanks, Minsk, Kaliningrad and Korolev, and the frigate Boiky – were located in the North Sea and closely followed through the Dover Strait and into the English Channel before reaching the open waters of the North Atlantic.

‘As part of the operation, the Portsmouth-based offshore patrol ships worked with several allied Nato ships and aircraft to ensure the Russian force was observed seamlessly.’

‘We have quickly switched from conducting fishery protection to working with our NATO allies monitoring foreign warships operating close to the UK. We’re all proud on Tyne to be part of the team protecting the nation’s interests.’

The Algerian submarine was tracked on the surface as it returned home to Africa by HMS Severn, which normally trains Royal Navy navigators.

Commander Philip Harper, Severn’s Commanding Officer said: ‘It has been a pleasant duty to welcome our Algerian friends for their transit of UK waters in great weather as they head home.’

The ships included a surfaced submarine, a destroyer and a patrol ship and were spotted in the English Channel, the Celtic Sea and the west coast of Scotland. 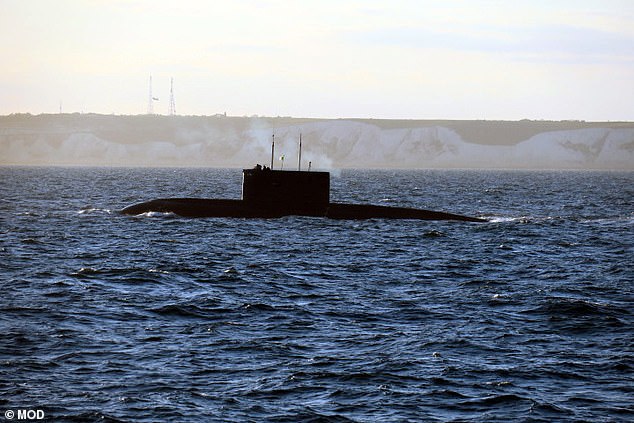