Royal Mail postman, 59, who killed a police officer, 27, as he collided with his bike while driving on the wrong side of the road is jailed for 32 weeks

A Royal Mail postman who collided with an off-duty policeman while driving on the wrong side of the road, killing him instantly, has been jailed.

Graham Ellison, 59, was driving his Peugeot van along the A683 in Cumbria when PC Oliver Evans’ motorcycle turned a blind bend near Sedbergh, in September 2019.

The van was in the wrong lane having just overtaken a horse and carriage and was heading straight towards Mr Evans, 27.

The police officer broke hard but collided with the van and was thrown off his vehicle.

Paramedics and Ellison tried to revive Mr Evans but he was pronounced dead at the scene.

Ellison, who had previously admitted causing death by careless driving, was jailed for 32 weeks by a judge at Carlisle Crown Court.

The former postman, from Warton, near Carnforth, will be banned from driving for two years upon release. 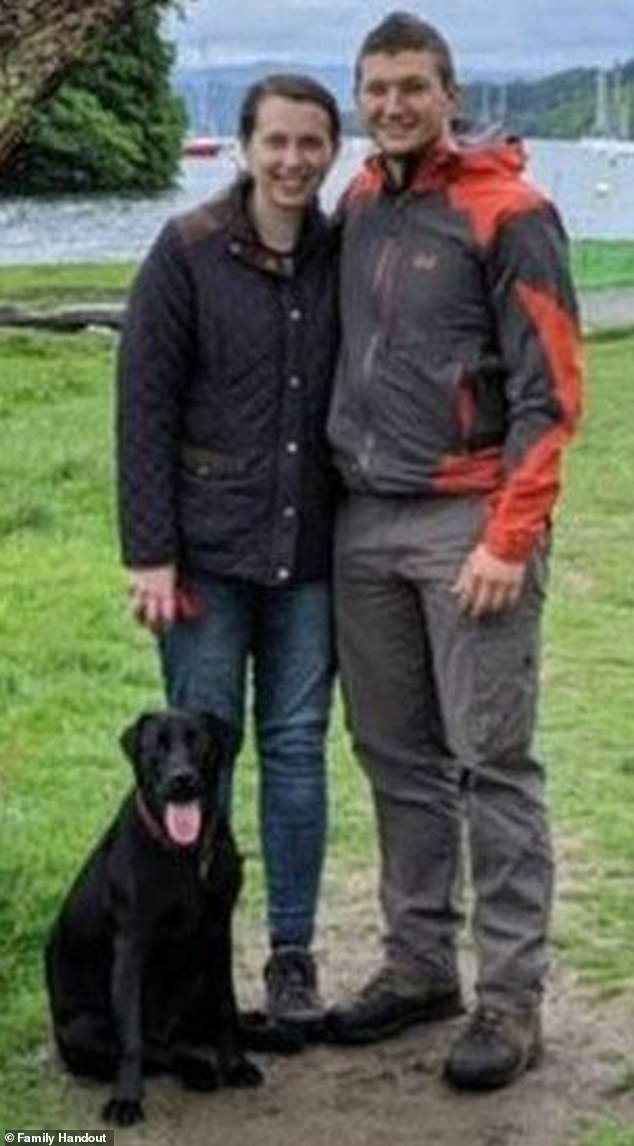 PC Oliver Evans, 27, was killed instantly when his motorbike collided with a van being driven on the wrong side of the road by a Royal Mail postman 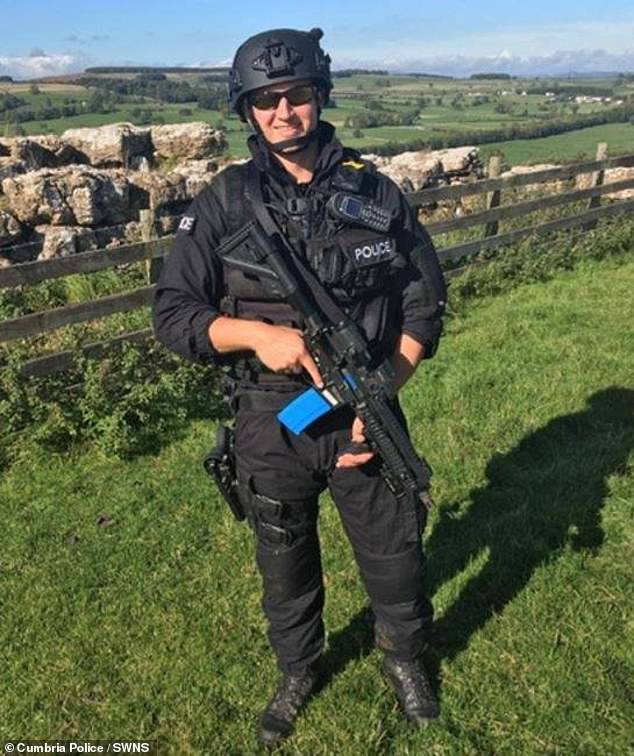 A family statement described PC Evans as ‘loving, caring and loyal’ while his superiors said he was ‘highly capable’ and dedicated to ‘the job’

The court heard Ellison was travelling along the A683 on September 16, 2019, when he was involved in a collision at 4:40pm with a Triumph motorcycle.

After overtaking the horse and carriage he remained on the wrong side of the road where he was planning to pull into a junction.

During this manoeuvre, PC Evans had come around the blind bend, causing him to take immediate action before colliding with the van.

PC Evans suffered severe head and spine injuries and was pronounced dead at the scene, despite attempts by a number of people – including Ellison – to save him.

Inspector Steve Vickers, of Cumbria Police. said: ‘This is a tragic incident which resulted in the death of Oliver Evans.

‘Ellison’s decision to remain on the wrong side of the road towards a blind bend without consideration of other motorists travelling was careless.

‘This inevitably meant Oliver had to take emergency action.

‘Oliver’s passing continues to be felt by his family, friends and colleagues.

‘He achieved his dream of becoming a traffic officer in the police and was a caring, loving and loyal individual.’

‘Our thoughts are with Oliver’s parents Shirley and Simon, sister Eleanor and partner Holly at this difficult time.’

Speaking after his tragic death, PC Evans’ family said in a statement: ‘We are heartbroken by our loss, Oliver will be missed by so many, friends and colleagues alike, but his loss will especially be felt by his partner Holly, sister Ellie and parents Shirley and Simon.

‘Oliver was a caring, loving and loyal individual who was a true delight to be around.

‘He always had a story to tell, entertaining his family and friends with tales of his adventures, his smile and vibrant personality filling the room.

‘Oliver had a mature outlook on life and there is no doubt that he was wise beyond his 27 years.

‘Oliver was a confident and headstrong individual; he was a true professional and focused both his work and home life around his strong morals and family values.

‘The fulfilment of his desire for a career as a police officer has been testament to his unwavering hard work and ambition.’

His family said PC Evans had wanted to be a police officer since he was 16 when he visited the Mobile Support Group at Ulverston Police Station. 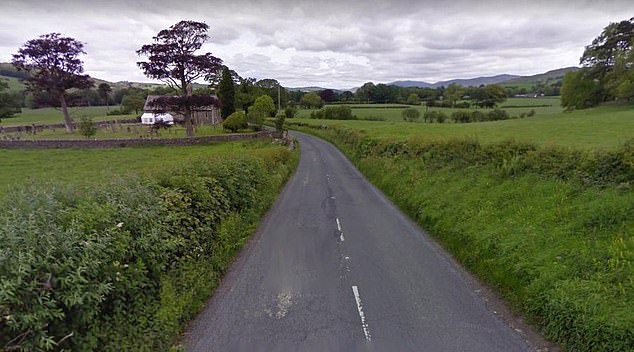 Scene of the crash in Cumbria, which saw PC Evans’ bike collide with a Royal Mail postman’s van near a blind bend on the A683

The statement continued: ‘Oliver’s imagination was well and truly captured and he set out to pursue a path that would take him through a degree in Police and Criminal Investigation at university.

‘He initially served as a Special Constable with Lancashire Constabulary alongside his course, before commencing his regular service in October 2014.’

Chief Superintendent Rob O’Connor, of Cumbria Constabulary, said: ‘Oli didn’t waver for a moment in his determination to follow his dream of becoming a Mobile Support Group officer, and joined the Operational Support Unit in 2017.

‘He qualified as an advanced driver and undertook training to become an Authorised Firearms Officer (AFO).

‘These are hard-earned skills, requiring immense professionalism and true grit to achieve.

‘Oli had both of these in abundance – along with an infectious energy and a cheeky smile, all of which very quickly cemented him as a well-respected and much loved member of the Team, and with colleagues across the Constabulary and beyond.

‘Oli’s passion for “the job” was tangible, always willing and highly capable.

‘His sudden and unexpected passing is being felt extremely deeply by his colleagues, and our thoughts and hearts are with his family and friends at this tragic time.’