Rory Stewart accused Boris Johnson of deploying ‘dark arts’ against him last night as he was knocked out of the Conservative leadership race.

The International Development Secretary, who emerged as the champion of the Tory Left, was eliminated in the third round after his vote fell from 37 to 27.

Mr Johnson extended his lead, picking up 143 MPs’ backing, which leaves him almost certain to go through to today’s final run-off.

The ex-foreign secretary, who turned 55 yesterday, said: ‘We’ve come a long way but we have much further to go.’ 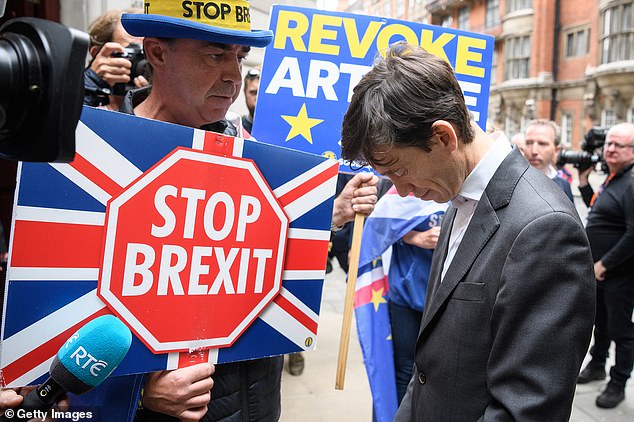 Rory Stewart (pictured outside Parliament today) had emerged as a surprise contender for the keys to Downing Street and appeared to have the momentum after the second round of voting. But his campaign faltered as he lost the support of 10 MPs and crashed out

Jeremy Hunt and Michael Gove were running neck and neck for the right to challenge him, with 54 and 51 votes respectively. Sajid Javid was resisting pressure to pull out after finishing fourth on 38 votes.

Mr Stewart yesterday directly accused the Johnson camp of dirty tricks. Speaking ahead of the vote, he told reporters the former defence secretary Gavin Williamson, who is organising Mr Johnson’s campaign, was encouraging Johnson-supporting MPs to lend their votes to other candidates to manipulate the contest in a bid to determine who he would face in the final run-off.

He told reporters: ‘There’s also the dark arts. Gavin Williamson’s proxy votes, which we don’t know about. There are dark arts in politics and they’re done with proxy votes, they’re not done with someone saying ‘would you please vote for this person’.’

Some Tory MPs last night said they suspected the Johnson camp of lending support to Mr Stewart in Tuesday’s vote in order to get rid of Brexiteer rival Dominic Raab.

One said: ‘It is pretty obvious that Team Boris has lent Rory a few votes to knock out Raab, who was a potential danger. Having done that, they have now taken the votes back again.’ One Stewart supporter said: ‘Wait until I find out which of those thieving, mendacious, lying b******s let us down.’ Mr Williamson declined to comment when asked about Mr Stewart’s allegations. 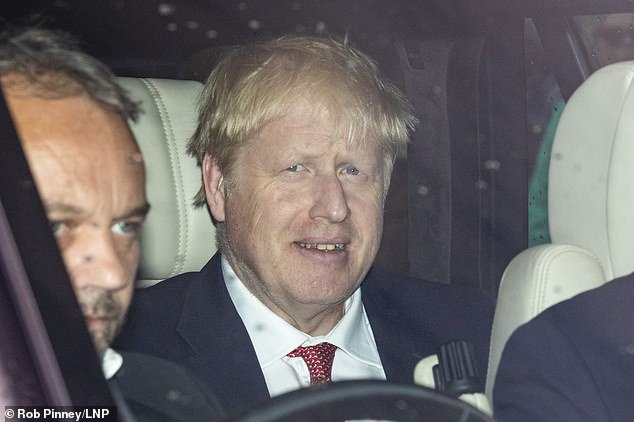 Boris Johnson, pictured leaving Parliament today after the results of the third round of voting were announced, has strengthened his grip on the Tory leadership race

But sources in the Johnson camp dismissed the claims, saying they were focusing on maximising his vote among MPs.

One Cabinet supporter said: ‘Rory has blown himself up. He’s a nice guy, but he had a bad debate and his personal attacks on other candidates have gone down very badly.

‘There was a lot of feeling that it’s not the right way to conduct this contest.’ The row came as:

■ Johnson allies hit back at claims he may sanction another Brexit delay, with Treasury chief secretary Liz Truss saying he was committed to leaving on October 31, ‘no ifs, no buts’. 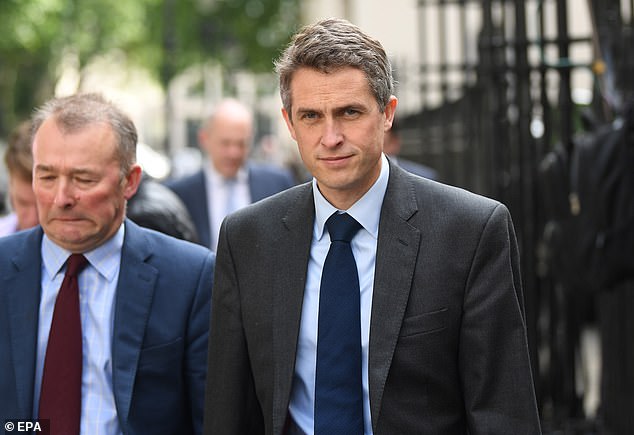 ■It emerged that Mr Stewart and Mr Gove have held talks in recent days about ‘combining forces’ to take on Mr Johnson.

■Nigel Farage said the Brexit Party could form an electoral pact with Mr Johnson if he calls a general election.

■ Mr Raab backed Mr Johnson, saying he was now the only one who can deliver Brexit on time.

■Theresa May refused to say who she backed to succeed her, with No10 saying she had not even told husband Philip.

Mr Stewart’s campaign has been characterised by attacks on Mr Johnson, including a threat to ‘bring him down’ if he tried to force through No Deal. Last night he blamed his defeat on ‘truths that people were not ready to hear’.

Asked if he had decided who he would now back, he replied: ‘Absolutely not. I’m going back to my two-year-old and four-year-old and I’m going to play with them.’ But earlier he confirmed he had held talks with Mr Gove in recent days about a possible alliance.

MPs will vote this morning on the remaining four candidates, with a further vote this evening to whittle them down to two.

Mr Javid was under pressure to pull out of the race, amid rumours he could be offered the post of chancellor if he throws in his lot with Mr Johnson.

Mr Hunt insisted coming second for a third time meant he was the candidate best placed to take on Mr Johnson in the final stage. ‘If I make it to the final I will put my heart and soul into giving him the contest of his life,’ he said.

Ex-farming minister George Eustice said the fact Mr Gove had picked up ten votes yesterday meant the momentum was now with him. ‘We’ve had a big jump today and are well placed to move into second if Sajid is knocked out,’ he said.