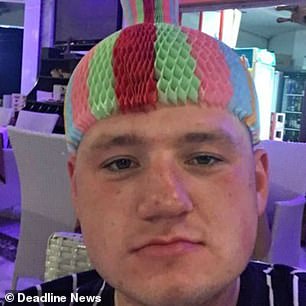 Greig Irvine, 22, decided to show off his party piece at a party on Saturday night

A roofer spent two nights in A&E after his party piece of swallowing a pound coin went badly wrong.

Greig Irvine, 22, had previously performed the bizarre trick without a hitch, relying on nature to take care of the coin after a few days.

But at a house party on Saturday night, the stunt took an unexpected turn as the pound became stuck fast in his gullet.

Mr Irvine, from Drumchapel, Glasgow, was warned he faced surgery to remove the coin.

However doctors managed to remove the coin with a flexible tube and a camera, gently pulling the pound of of his throat.

An X-ray clearly shows the stuck coin, which was preventing Mr Irvine from eating anything. 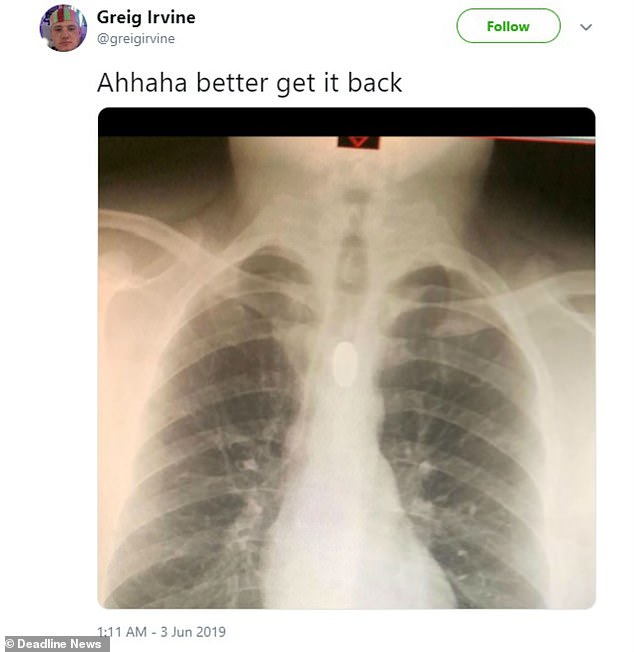 He revealed on Twitter: ‘Canny believe am heading to A&E cause av swallowed £1 when on it Saturday n canny eat cause it’s stuck in ma chest.’

Alongside an image of his x-ray he said: ‘Better get it back.’

After spending Monday in hospital as a result, he captioned another image of himself wearing a gown: ‘I have a season ticket for A&E.’ 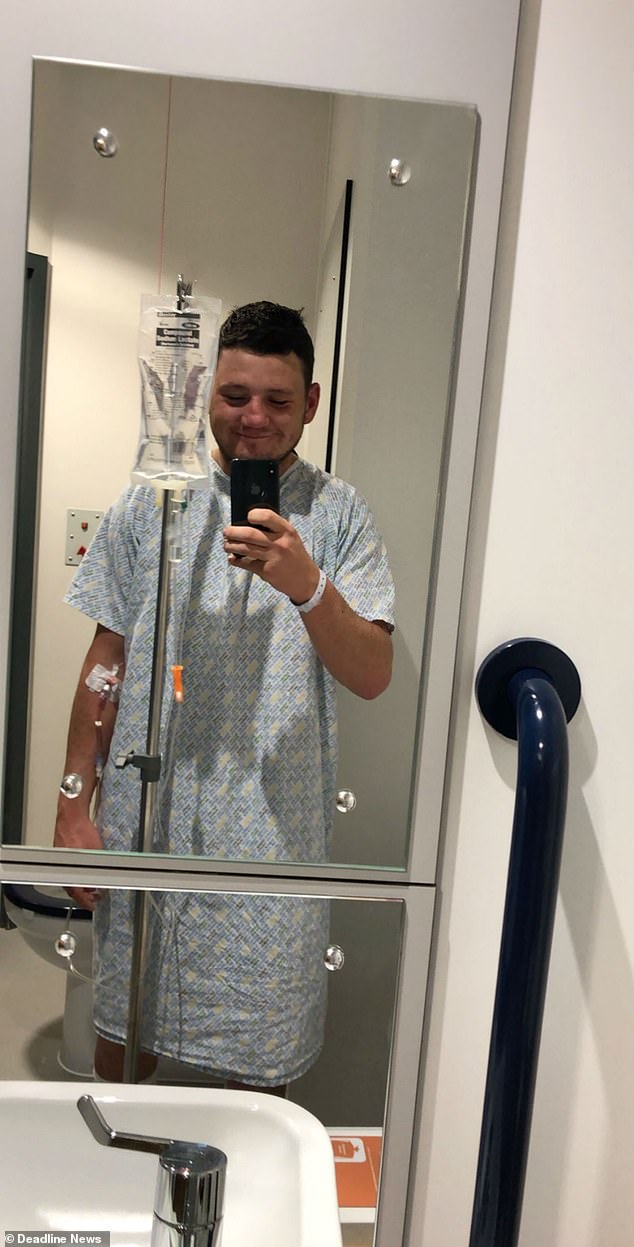 An hour and a half later, he uploaded a new image showing a pound coin in the palm of his hand with the caption: ‘Got it back.’

Mr Irvine revealed that he has only done his ‘party trick’ since the introduction of the 12-sided pound coins but they have never caused him any problems before.

Speaking today he said: ‘It normally goes right down and comes out a week later in the toilet but this time it’s got stuck in my gullet. 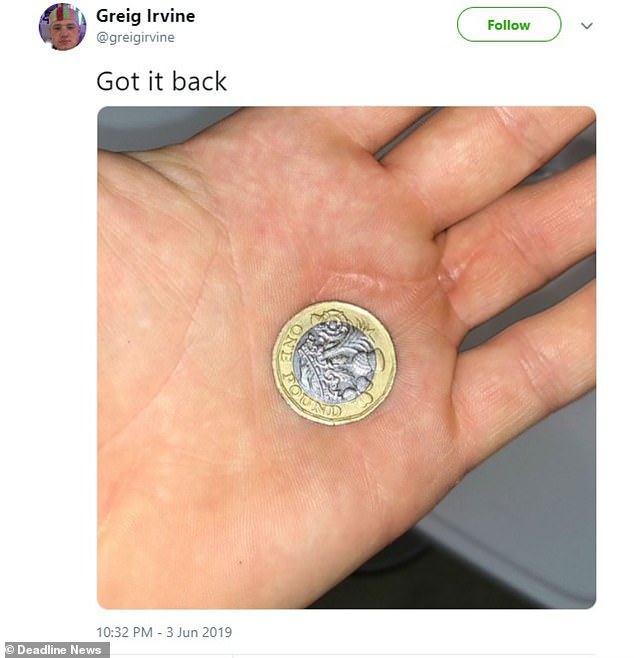 ‘I tried to eat on Sunday and choked on the food so came to hospital because I was too scared to sleep myself in case I choked in my sleep.’

Greig says he was instructed by the hospital to stop drinking water so they could treat him effectively. 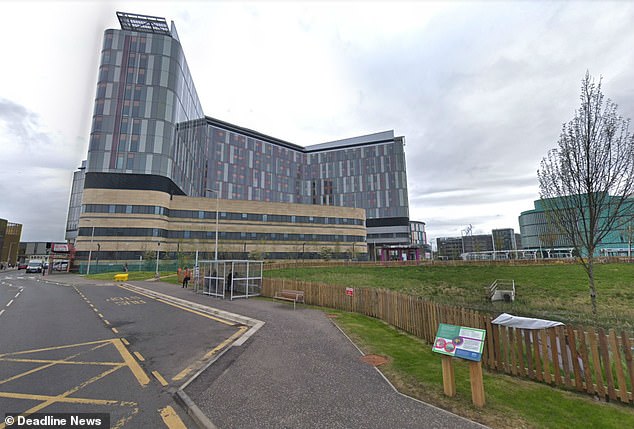 Barry Sullivan commented: ‘Let us know if there’s any ‘change’.’

And Twitter user Pickles replied: ‘Hopefully your body will break it down and you’ll s*** out twenty 5p pieces.’

Since revealing it was dislodged, Connor Spalding joked with Greig: ‘Dare you to swallow it again.’