Downpours across the East Midlands and Yorkshire have caused devastating floods, and now with the forecast of more rain, further flood alerts are in place.

Met Office meteorologist Luke Miall said “the worst of the winter weather has now moved through” the South West, but “it’s the same one that’s going to push its way north and will affect the flooded areas from last week”.

South Yorkshire and Lincolnshire residents are being warned to stay vigilant as more heavy rain is forecast on Thursday.

Following Met Office weather warnings for snow, ice and rain, the Environment Agency (EA) have issued its own warning that flooding is far from over.

The EA’s flood duty manager Kate Marks said in a statement: “Parts of Lincolnshire and the Midlands could also be affected by rain falling on already saturated ground over Thursday and Friday, as well as other parts of England as rain crosses the country from west to east.

Read More: River levels in YOUR area: Your home at risk of flooding? Track here 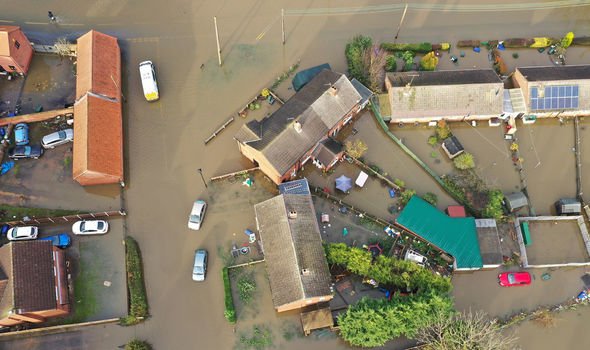 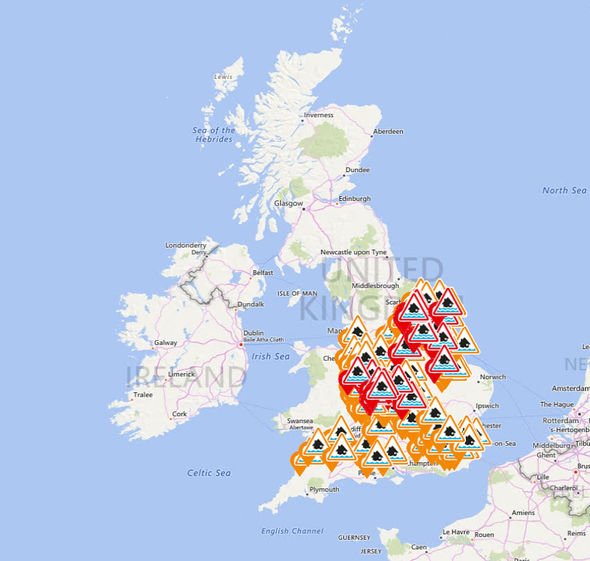 A total of 40 flood warnings, meaning flooding is expected, remain in effect across Britain, along with 125 flood alerts, which means flooding is possible.

The EA said since flooding began last Thursday, and around 14,400 properties had been protected by flood defences, including 5,000 in South Yorkshire.

The heaviest of the rain is expected to hit between 9am and 10am and continue throughout the day. 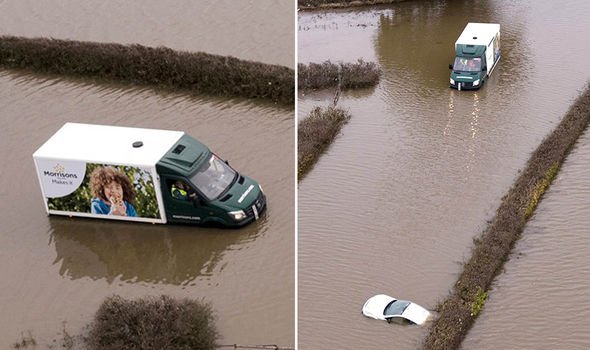 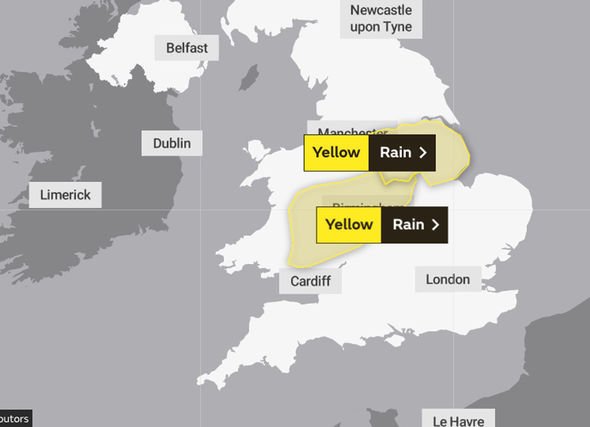 Forecasters are predicting between 35mm and 45mm of rainfall, adding to already saturated areas.

The 40 flood warnings are in place across the region after the Met Office warned there could be a risk to life “because these areas are very waterlogged already”.

The Met Office rain warning for the East Midlands and Yorkshire is in place from 9am on Thursday until 3am on Friday.

The warning forecasts periods of rain which are expected to become widespread, persistent and locally heavy across parts of England and Wales through Thursday.

Rain will ease from the west during Thursday afternoon and evening.

Over western areas, some hill snow is possible, especially parts of south Wales, leading to local accumulations of a few centimetres, now covered by a separate warning.

For the River Don, which burst its banks at the weekend, there are nine flood warnings in place. 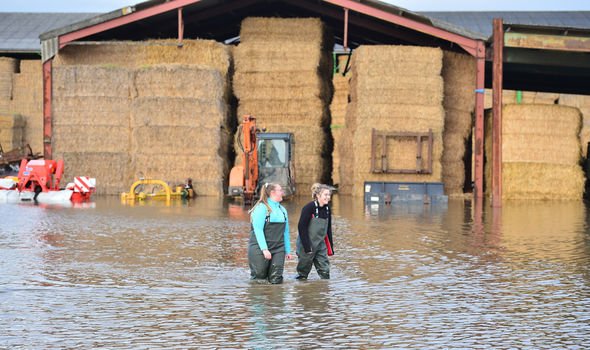 The flood warnings are as follows:

Above 3.60m flooding of low-lying land may occur in these areas

Above 6.13m some property flooding may occur in these areas

To check flood warnings near you, visit the EA’s website here.

Residents in the village of Fishlake have been worst hit by flooding, and now evacuees have been warned it could take three weeks to return to their homes.

Across Doncaster 500 homes have been flooded and 1,200 properties evacuated, with hundreds fleeing from Fishlake.

The council has warned the village is not safe, and “a return to properties is discouraged in the strongest possible terms”.