Unrest in Malmo city after copy of Muslim holy book is burned during a far-right rally in a mainly immigrant district. 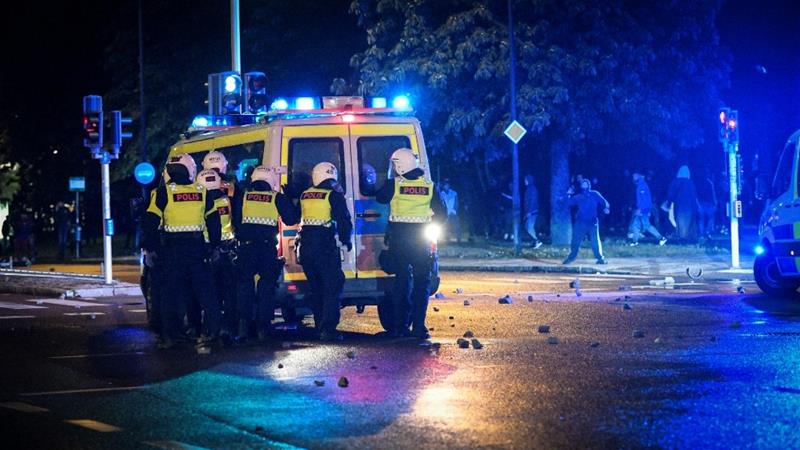 At least 10 people were arrested in southern Sweden and several police officers injured in violence triggered by an illegal protest where a copy of the Quran was burned.

Protesters in Malmo city threw stones at police and burned tyres on the streets late on Friday, with violence escalating as the night wore on, according to police and local media.

The demonstration of about 300 people was connected to a rally earlier on Friday in which far-right activists burned a copy of the Muslim holy book in Rosengard, a largely migrant neighbourhood, police spokesman Rickard Lundqvist told Swedish tabloid, Expressen.

Anti-Muslim Danish politician Rasmus Paludan was expected to attend that rally, but was stopped by the police at the Swedish-Danish border, police said.

Between 10 and 20 protesters were arrested late on Friday for the violence and “have all been released,” police spokesman Patric Fors told AFP news agency.

The violence had subsided by Saturday morning. “It’s not right,” Malmo resident Shahed told the SVT public broadcaster. “But it wouldn’t have happened if they hadn’t burned the Quran.” 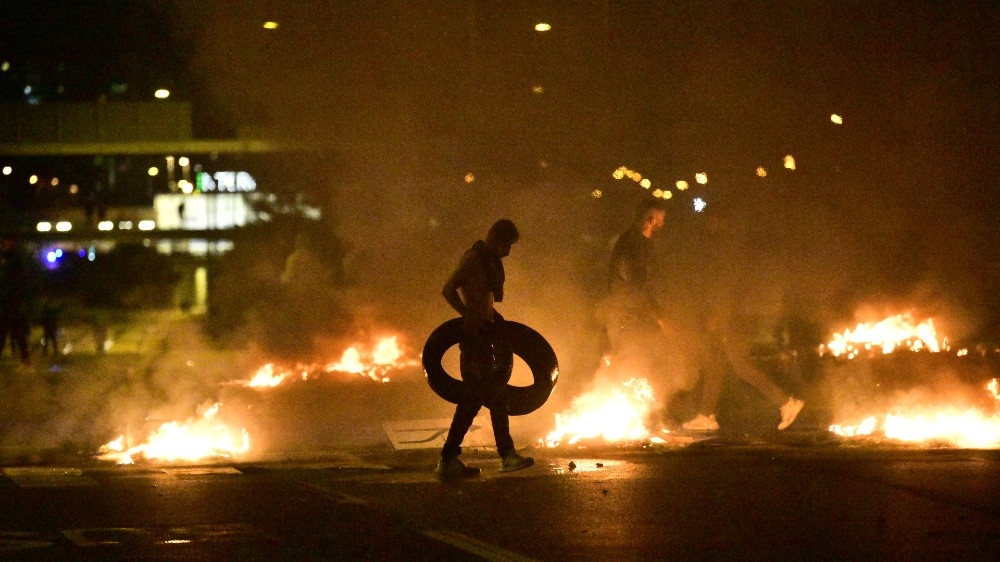 Earlier on Friday, Paludan, who leads the far-right Danish anti-immigration Hard Line party, was stopped at the border with Denmark and subsequently banned from entering Sweden for two years.

Paludan was due to travel to Malmo to speak at Friday’s event. But authorities pre-empted his arrival by announcing the ban and briefly detaining him near Malmo.

“We suspect that he was going to break the law in Sweden,” Calle Persson, spokesman for the police in Malmo told AFP. “There was also a risk that his behaviour … would pose a threat to society.”

But his supporters went ahead with the rally, during which six people were arrested for inciting racial hatred.

Paludan later put up a scathing message on Facebook. “Sent back and banned from Sweden for two years. However, rapists and murderers are always welcome!” he wrote.

In June, Paludan was sentenced to a three-month prison sentence in Denmark over various violations of that country’s hate-speech laws.