A MAYOR in Virginia has ordered that all Confederate monuments are removed from city land immediately.

On Wednesday, Richmond Mayor Levar Stoney ordered the immediate removal of all of the contentious statues in his jurisdiction after widespread protests. 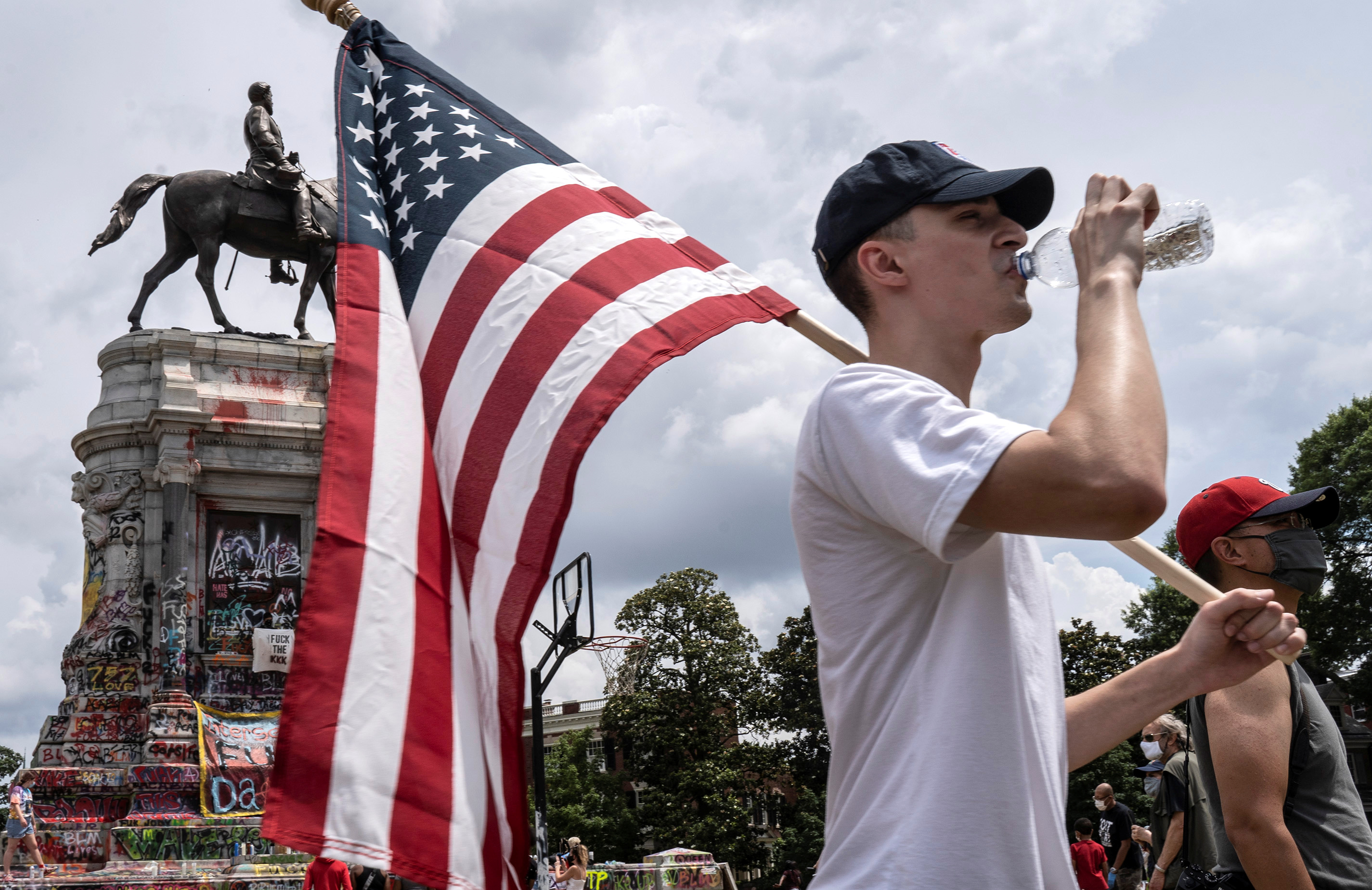 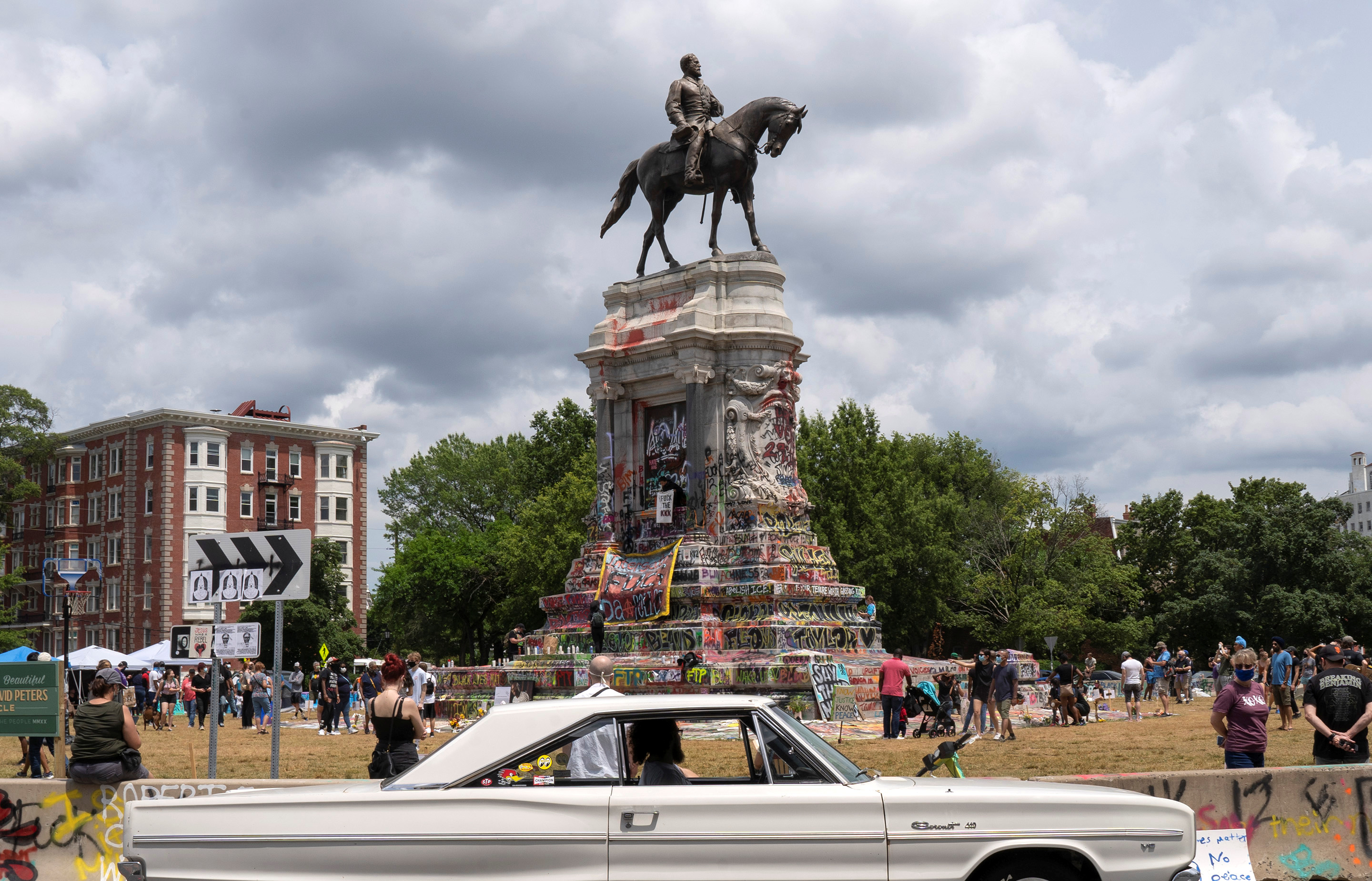 Work crews began removing a statue of General Stonewall Jackson that afternoon, while flatbed trucks and other equipment were also spotted at several other Confederate monuments along Richmond’s famed Monument Avenue.

Another famous statue on city land is that of General J.E.B. Stuart

Virginia Gov. Ralph Northam had previously ordered the most prominent statue along the avenue, that of Gen. Robert E. Lee, which sits on state land.

These memorials mark the South's failed bid to keep slavery intact during the Civil War and the pressure to remove them is mounting amid protests over George Floyd's death in Minneapolis.

However, their removal from the city has been stalled after at least two people filed a lawsuit objecting to them being torn down.

Stoney said it had to be done quickly because protesters were already toppling these statues and someone could get hurt.

“We have an urgent need to protect the public,” Stoney said in a statement – the same day a new state law took effect granting control of the monuments to the city of Richmond.

Under this legislation, the removal process will take 60 days to unfold.

But during this morning's meeting, Stoney was taken aback when the city council scheduled a special meeting for Thursday to formally vote on a resolution on the removal.

“Today, I have the ability to do this through my emergency powers,” Stoney said. “I think we need to act today.”

Just an hour later, work crews were spotted near the Jackson statue as Twitter videos showed workers being lifted in a crane attempting to attach something to one statue.

City councilors expressed support for removing the statues but many of them warned that a legal process had to be adhered to.

Interim city attorney Haskell Brown said Stoney's authority to remove the statues without following the state process would contradict legal advice he has previously given them.

Stoney and several councilors said they feared the statues have become a public safety hazard in the wake of George Floyd's police custody death on May 25.

In Portsmouth, one man was seriously injured as protesters tried to pull down a Confederate statue.

The movement has surged again following the death of Floyd, a black man who was killed by a white cop called Derek Chauvin.

There are 1,747 Confederate monuments or symbols that still stand around the US and Virginia is home to 110 of them – 13 of which are in Richmond.

Earlier this month, Gov Ralph Northam ordered the removal of a statue of Confederate General Robert E. Lee in Richmond.

Days after Northam's announcement, a self-admitted Ku Klux Klan leader and alleged Confederate ideologist rammed his pick-up truck into a crowd of Black Lives Matter demonstrators protesting near the monument.