A second New Zealand town has banned a replica of Captain Cook’s ship Endeavour from visiting its port during an anniversary tour.

Maori people from Gisborne on the north island have joined those in Mangōnui in saying the ship will not be welcome, with some viewing the British explorer as a ‘barbarian’.

The ship was due to sail around the country from October with dozens of other vessels to commemorate 250 years since Cook arrived in New Zealand.

Mangonui has already banned the fleet from sailing into Doubtless Bay, which was named by Captain Cook. 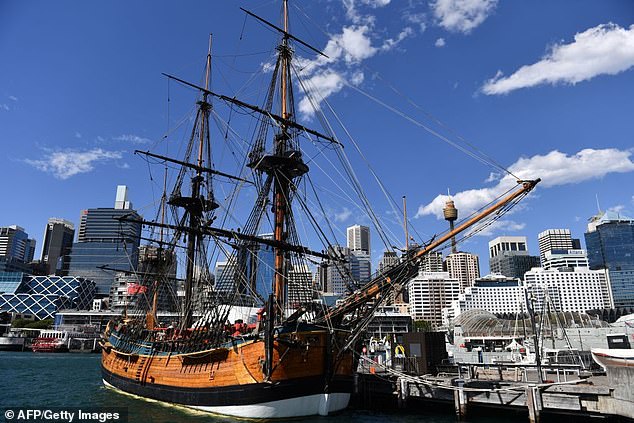 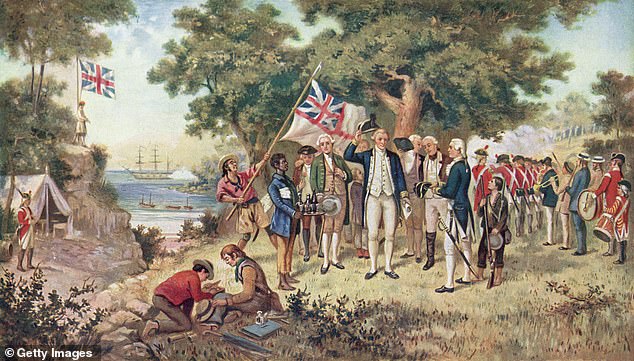 Captain James Cook, shown in a painting of him taking possession of New South Wales, arrived in Australia and New Zealand in 1769 and there will be events to commemorate the 250th anniversary next month

However now Gisborne has joined the protest, with much of the issue stemming from violence which occurred when Captain Cook arrived in the country in 1769.

British sailors clashed with the local people and several from the island were killed, reports the Times.

Amohaere Houkamau, head of Gisborne’s Maori organisation, said: ‘We have the descendants of some of those killed in that encounter. It is still very much a raw issue.’

The replica ship was also due to dock in the fishing town of Mangonui at the top of the North Island.

An iwi – or tribe – called the Ngāti Kahu strongly opposed the visit because they said it commemorated the ‘perpetrators of atrocities’.

Tribe head Anahere Herbert-Graves said: ‘Cook and his predecessor… indulged in what can be called atrocities that included kidnapping, rape and paedophilia.’

Gisborne, pictured, is the most recent New Zealand town to say the replica ship will not be welcome to dock in its port during the 250th anniversary tour 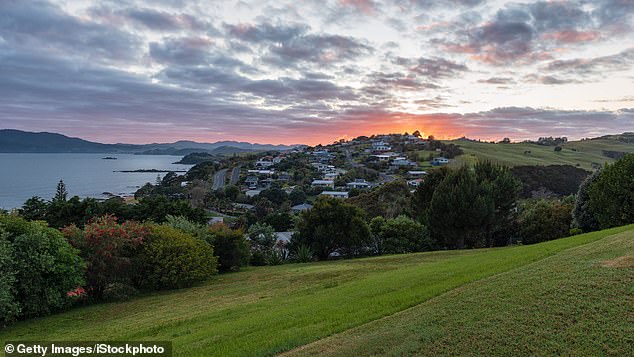 The ship was due to dock in the fishing town of Mangōnui, pictured, at the top of the north island – but the visit was scrapped after a Maori locals protested

‘He was a murderer, he was an invader and a vanguard for British imperial expansion,’ she said when the trip was planned last year.

The tribe claimed it was not properly consulted by the Ministry of Culture and Heritage before the visit was arranged, reported RNZ.

The Ministry said it understood the ill-feeling and called off the trip.

‘We always knew that [the commemorations] would cause some mixed responses,’ a spokesperson said.

‘We fully appreciate the hurt that exists very strongly still in some communities. Our job is to open the books, let’s look at all the history, and let’s start to talk about this.

‘What I hope people will see through the voyage is a visual spectacle and an experience that captures our dual heritage but makes us think about our shared future.’

A flotilla of Pacific and European vessels will still dock in dozens of New Zealand ports from October as part of a three-month voyage.

A petition was set up to cancel the commemorations altogether – but it only got 3,000 signatures.

Organiser Sina Brown-Davis told Newshub: ‘To indigenous people in the Pacific, the Endeavour represents imperialism, it represents very much a death ship.

The British commission has also said they will provide internships for young Maoris in an effort to maintain relationships with the community, reports the Times.