The more distant the personal experiences of war, the more Remembrance matters.

As the Byzantine Emperor Maurice said, "the nation that forgets its defenders will itself be forgotten". 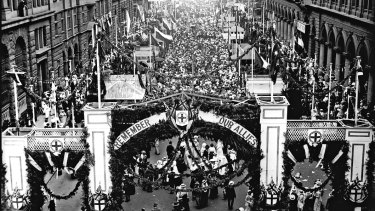 These days fewer people know their history. And this also matters because the current strategic and political context is markedly less stable than at any time since World War Two.

The threats are diversifying, proliferating and intensifying rapidly. The global playing field is characterised by constant confrontation, with a return to a former era of great power competition.

Ambitious states such as Russia, China and Iran are asserting themselves in ways that challenge our security, stability and prosperity. This is overlaid by the threat from non-state actors such as the Islamic State of Iraq and the Levant (ISIL) using terror to undermine our way of life; complicated by mass migration; and compounded by populism. 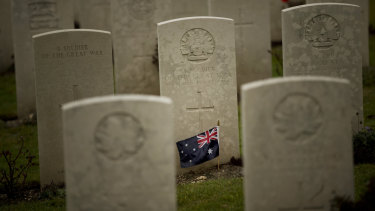 An Australian flag adorns the headstone of an unknown soldier at the World War I Australian National Memorial in Villers-Bretonneux, France.Credit:AP

The multi-lateral system that has assured our stability since 1945 is threatened and it requires a global response to modernise and protect it.

The character of politics and warfare is evolving rapidly, driven by the pervasiveness of information and the rate of technological change. Our competitors have become masters at exploiting the seams between peace and war. What constitutes a weapon in this "grey zone" no longer has to go "bang".

We have seen many examples of this in recent times. The use of proxies in the Middle East; the nefarious activities of the Russian-owned Wagner private military contractor in parts of Africa, revealed by the Commander of US Africa Command, General Thomas D Waldhauser; the New York Times' assertion that Russia has been testing new disinformation tactics in a huge Facebook campaign in parts of Africa; and the revelation by South Africa's Daily Maverick that the state-funded Russkiy Mir (Russian World) Foundation is active in nine African countries. 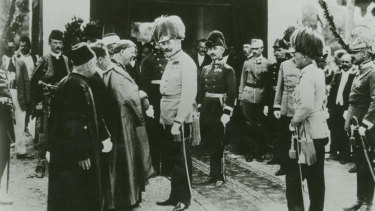 Archduke Franz Ferdinand greets dignitaries in Sarajevo on June 28, 1914, shortly before his assassination by Gavrilo Princip.

Now I am not suggesting that our opponents want to go to war in the traditional definition of the term, but reckless behaviour and the lack of respect for international law relating to these new types of "weapons" risks escalation that could easily lead to inadvertent miscalculation.

The July crisis of 1914 instigated by the assassination of Archduke Ferdinand escalated into general war as a result of a complex web of alliances and a series of miscalculations by leaders who assumed they could control hostilities.

Hence the importance of history.

It does not repeat itself, but it does have a rhythm which helps us draw lessons for the future and reminds people of the horror of war. And it's important that the real nature of war is reflected in the way the narrative is told. 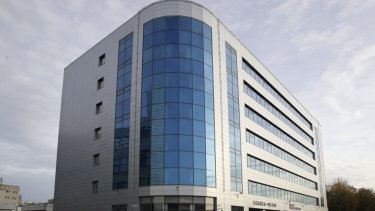 Anniversaries and commemorations are helpful because they provide the opportunity to educate. They remind us that our strength is drawn from cohesion with like-minded allies. In this 70th anniversary year of NATO, it is timely to remember that NATO's security guarantee is essential to the continued freedom of Europe's democracies – history and geography show that our security and stability have always been, and will continue to be, mutually dependent.

This year we also commemorated the 75th Anniversary of D-Day. We were reminded of the extraordinary courage of those who stormed the beaches, who protected the airspace, and who braved underwater obstacles and enemy fire to bring the landing craft onto the beaches.

Less obvious was the vast national enterprise that enabled D-Day. It had been years in the planning. Many of those involved were civilians drafted into uniform for the war, scientists, mathematicians and businessmen.

I think there is much we should learn from this idea of a national enterprise. For we are in a period of change that is more widespread, rapid and profound than humanity has experienced outside of the two world wars combined, and it is still increasing.

Our Armed Forces recognise that they must modernise, they know that modernisation will be led by information-centric technologies, and they know this will only happen in partnership with the private sector because that is where the best technology and innovation is found, and where the best skills are developed.

This requires us to build a new relationship beyond the Armed Forces Covenant on which we all pull together with a shared purpose and a common set of values. Remembrance provides us with the opportunity to reflect on the sacrifice of previous generations who understood the importance of this only too well.