A REAL-life Indiana Jones says he is closing in on the Holy Grail — after experts diverted a river in suburban London for him.

Barrie-Jon Bower thinks he has detected secret chambers which hold the long-lost chalice. 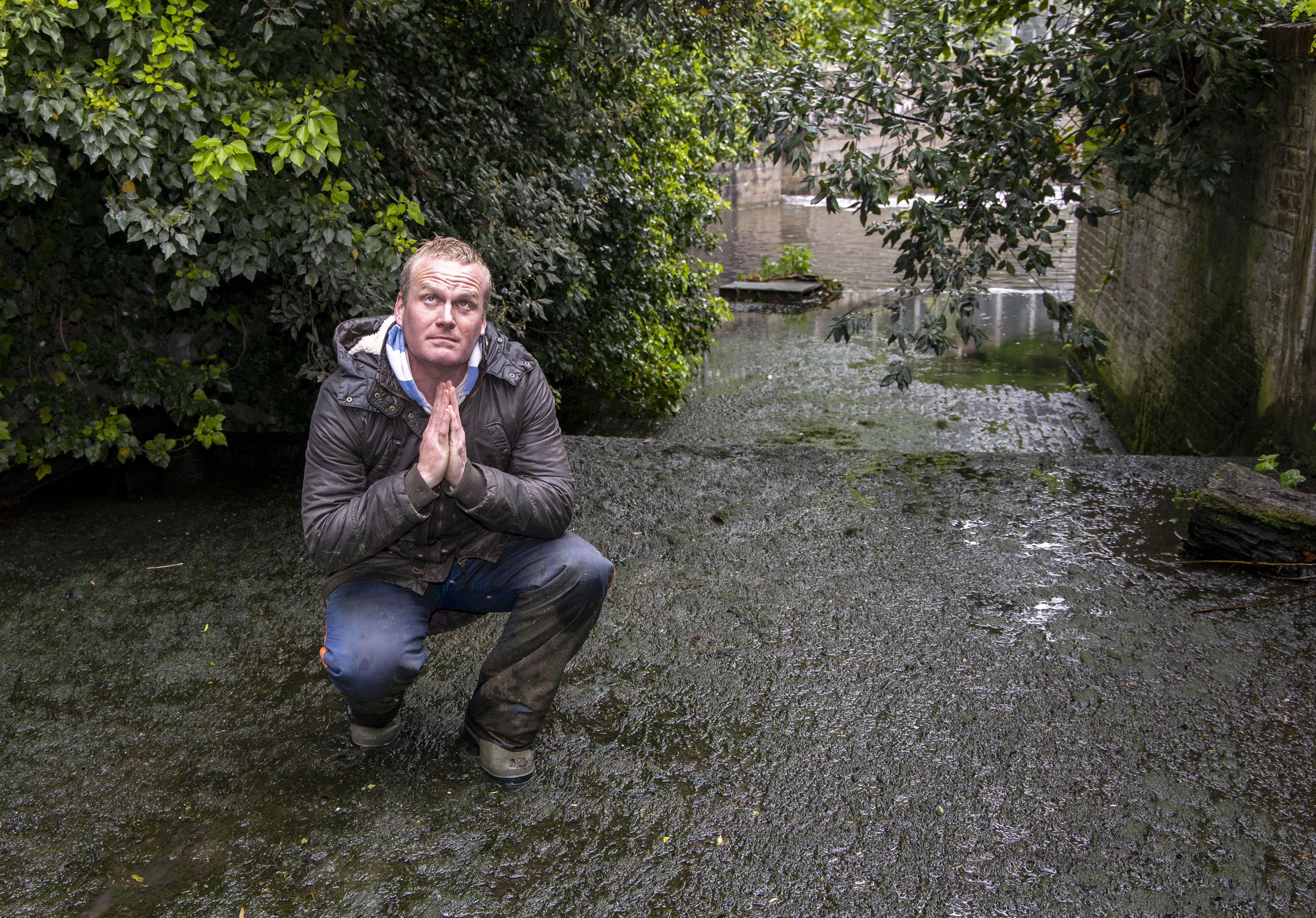 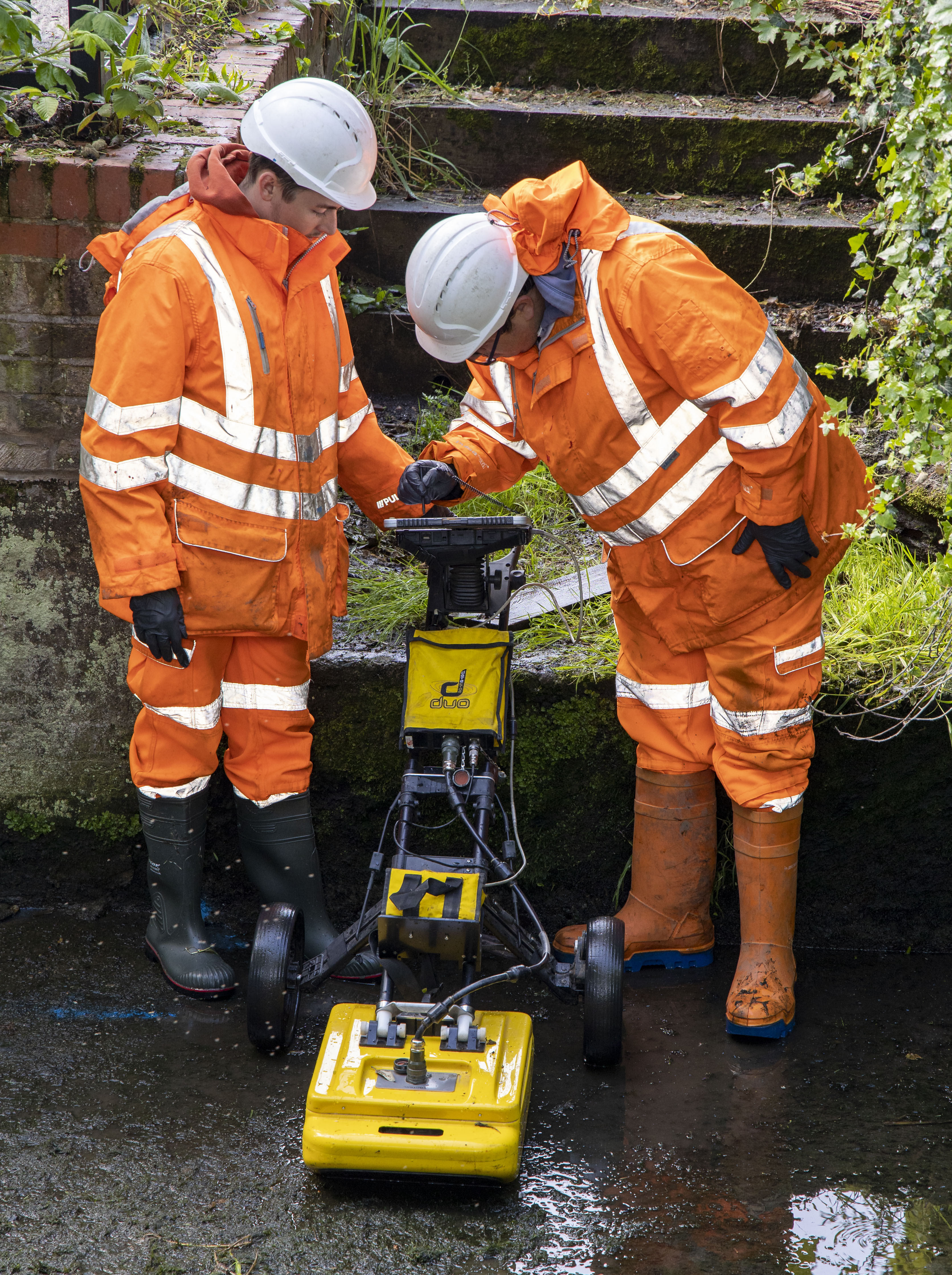 He used ground penetrating radar to survey the bed of the man-made river which was diverted by the Environment Agency for him to explore.

It showed there were voids, where there should have been solid ground.

The Sun told last December how he has spent years and thousands of pounds on his quest for the Holy Grail — the cup from which Jesus was said to have drunk at the Last Supper.

His research has linked it to the Knights Templar, ­warrior monks he believes trained on Hounslow Heath before their trips to the Holy Lands.

On their return, he claims, they built a crypt to hide seized relics.

Its entrance was hidden near a weir on the Duke of Northumberland’s River. 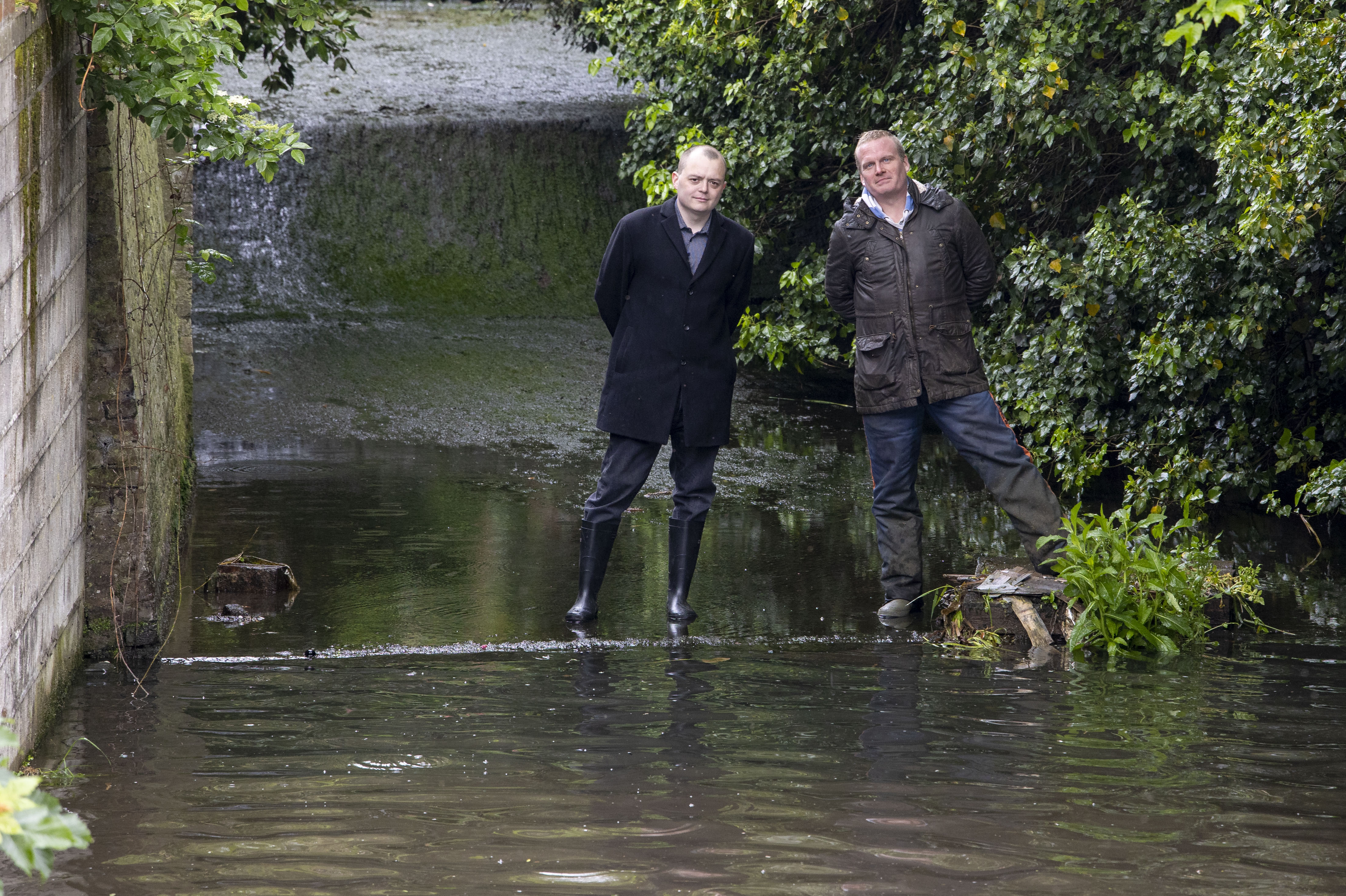 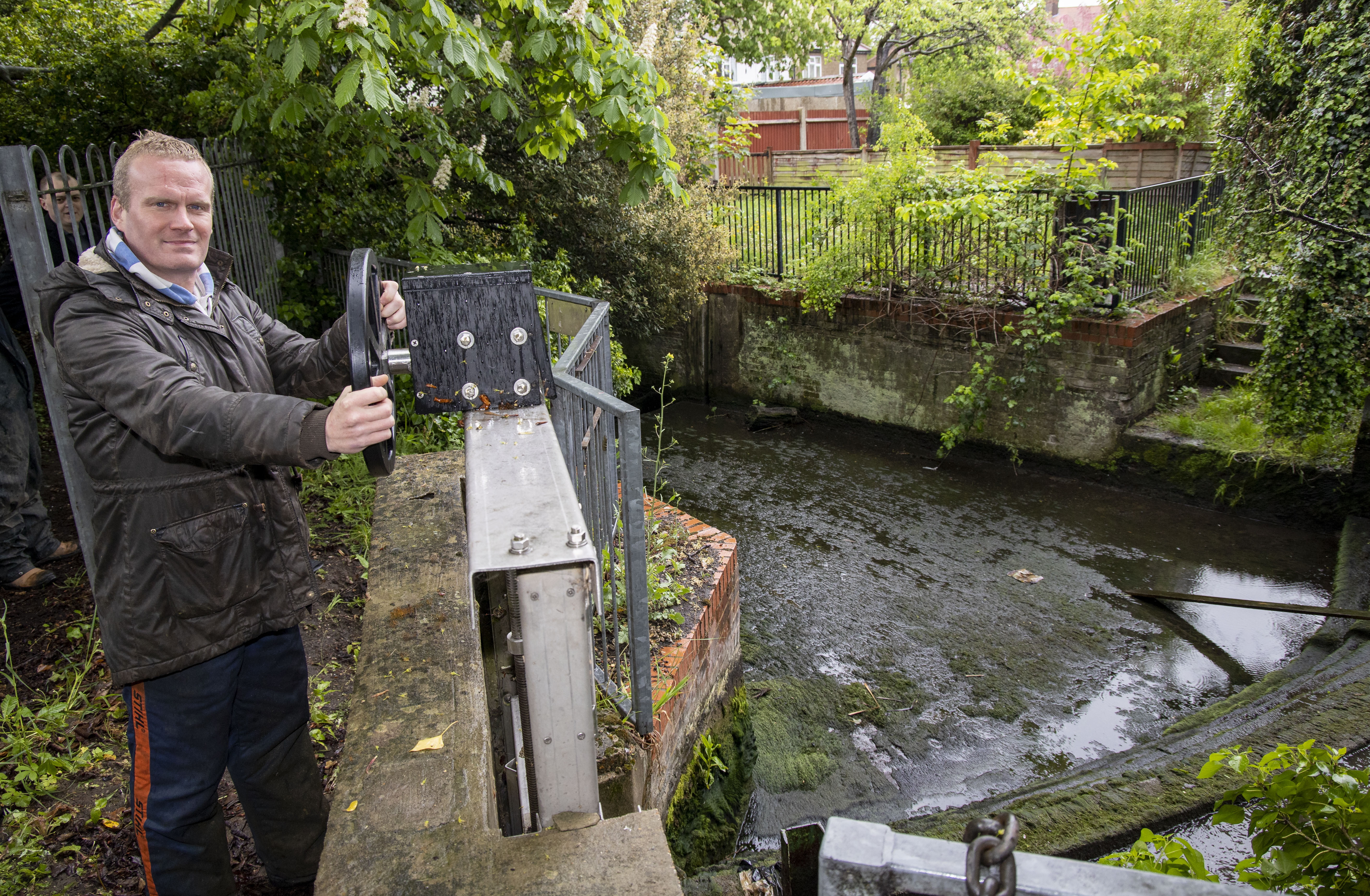 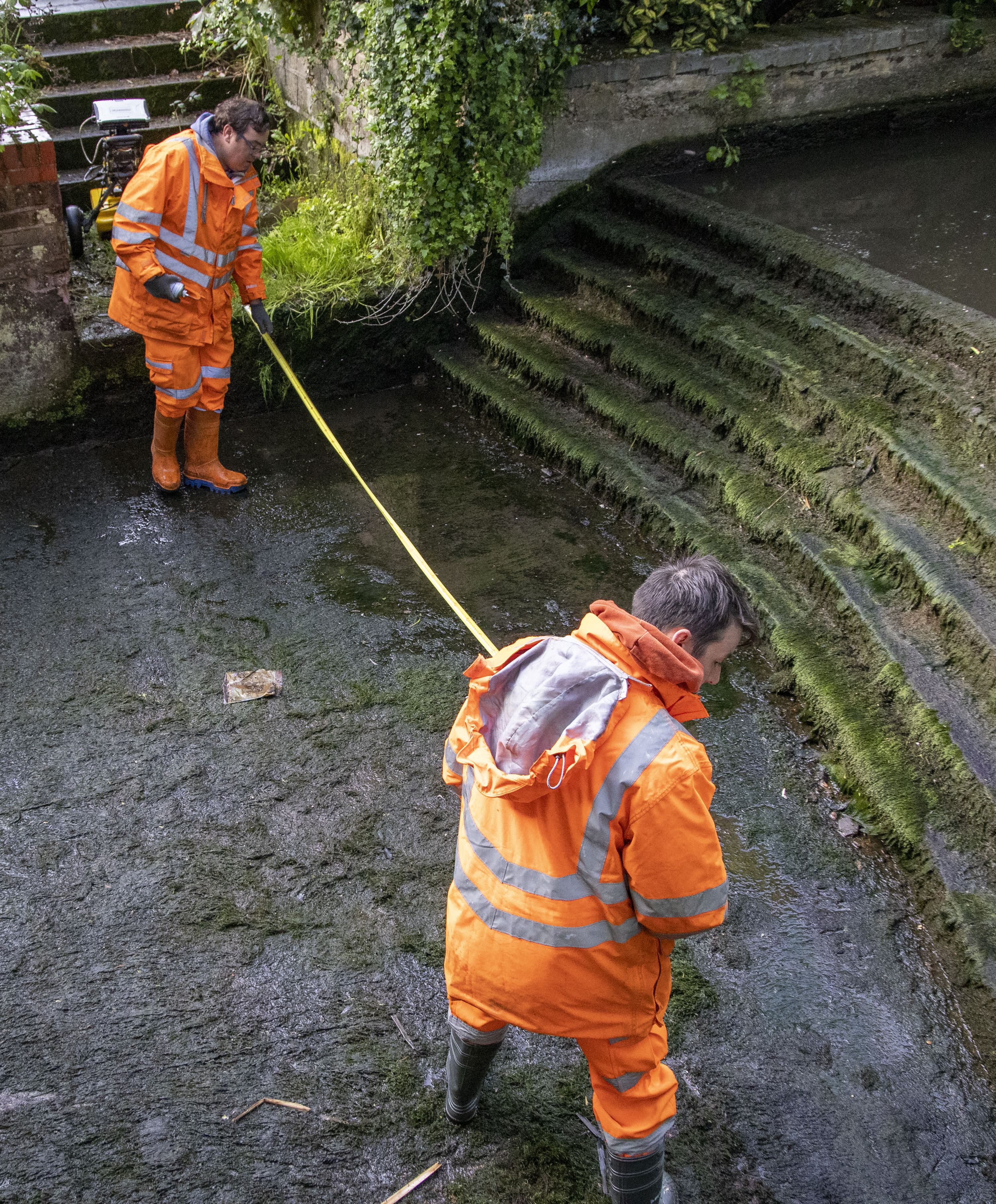 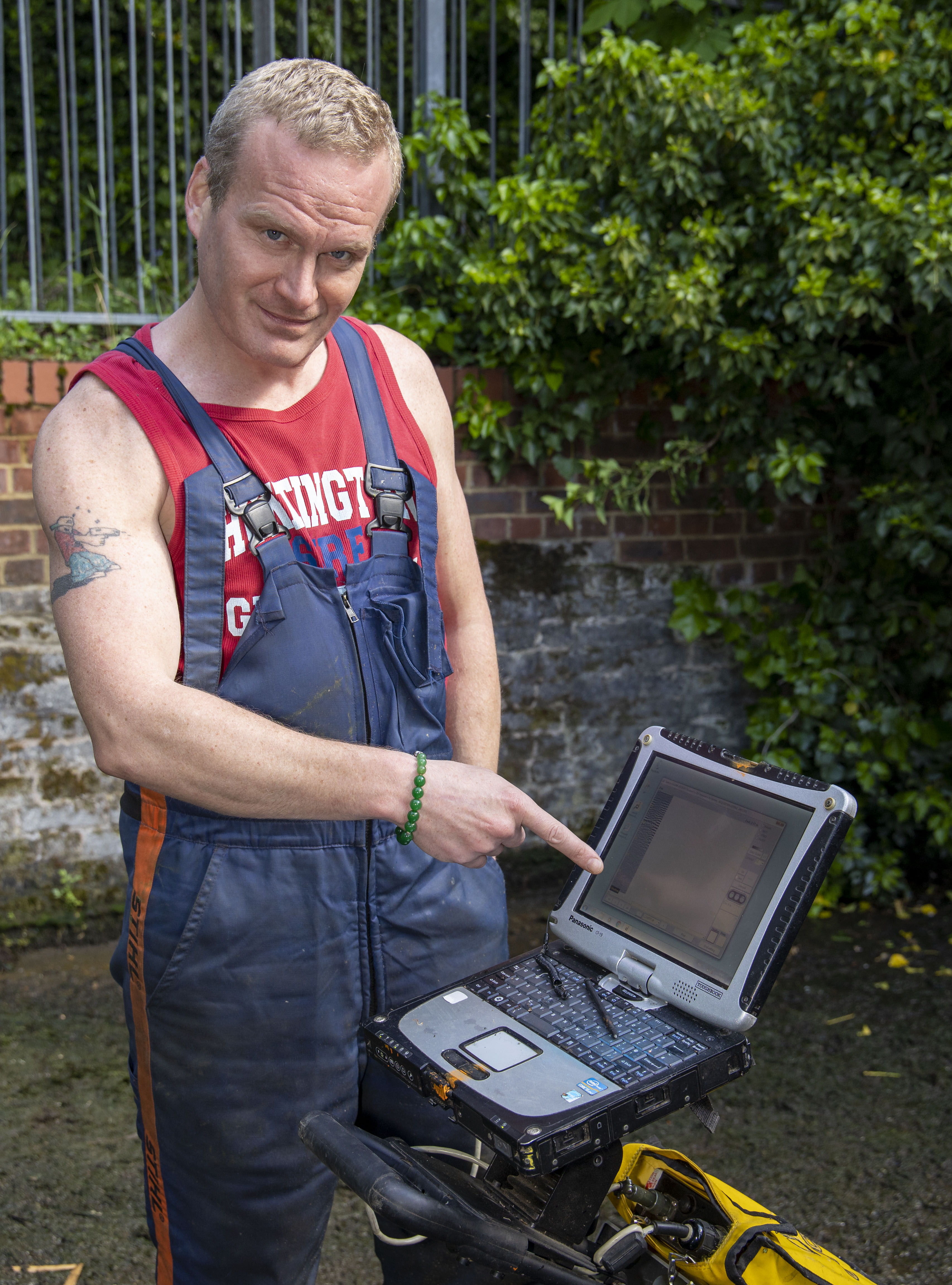 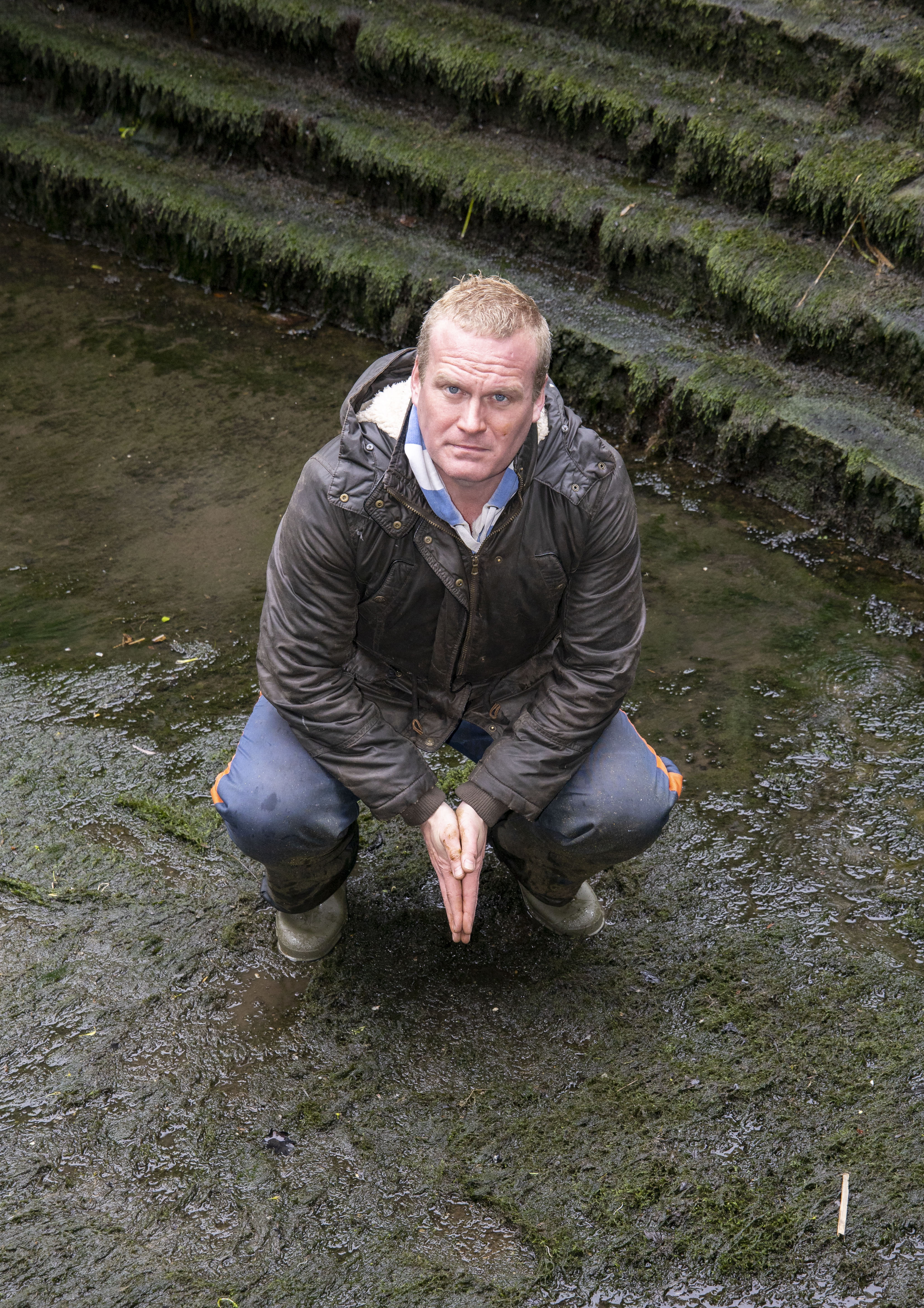 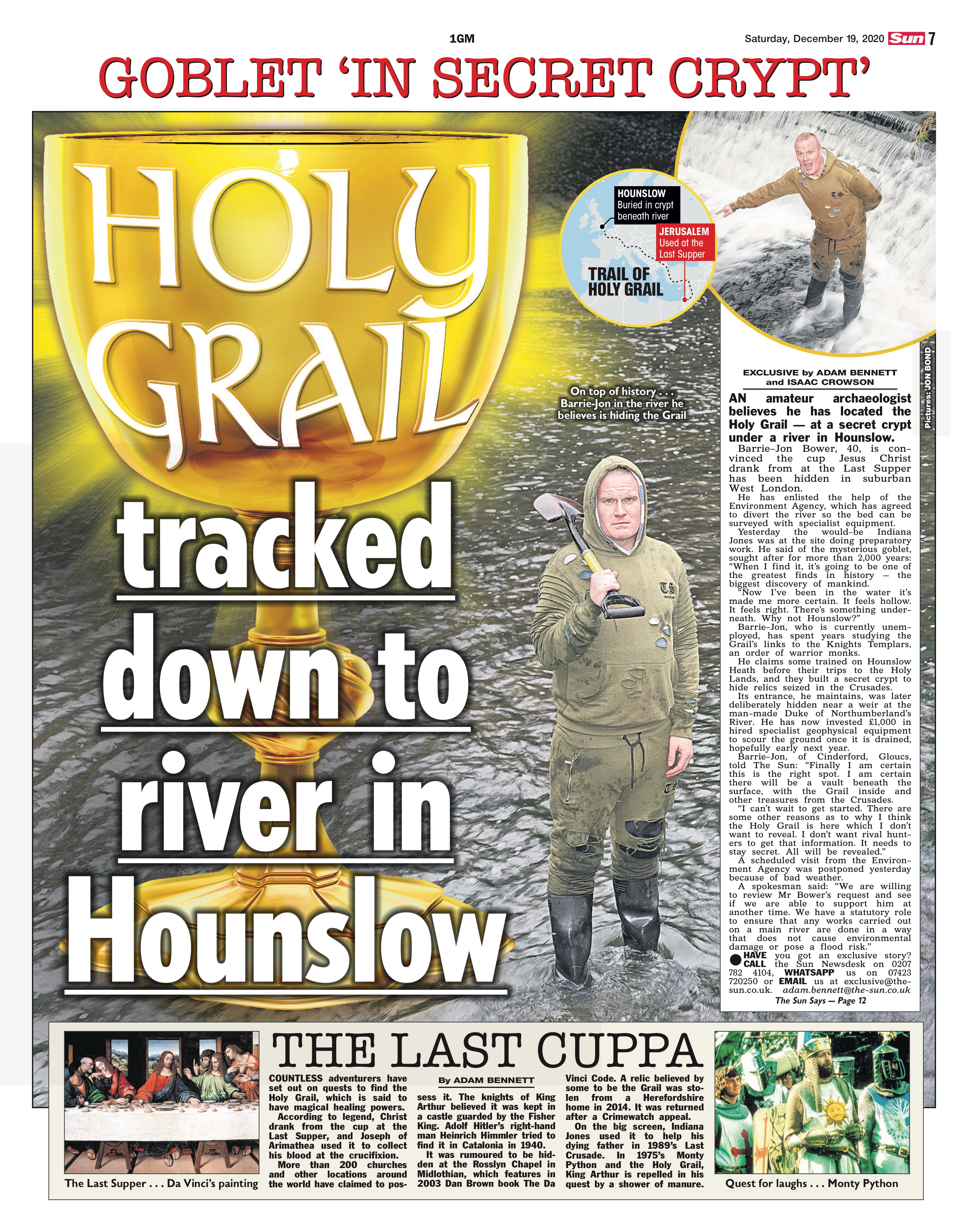 Mr Bower, of Cinderford, Gloucs, and a team of experts spent hours surveying the drained bed of the river.

He said: “There’s real unevenness in the ground. It shows something buried and an attempt to cover over it.”

One of the experts said: “What we’ve found is interesting. There’s anomalies there.”